Herr Brettschneider calls Frau Schmitt from project controlling already the 3rd time today. It’s urgent. She sent him twice the wrong project cost reports for his boxer engine projects. 3 weeks ago he met with senior management at their quarterly product review meeting. During the meeting they decided to finally fix the quality issues with their recently launched boxer engine. But before the stakeholders could release additional money for a development project they wanted to understand how much money Brettschneider and his team already spent on the current projects. He couldn’t tell them the numbers right away, since  his project management system isn’t connected to the corporate accounting system. Usually it takes him days or even weeks to get the right  numbers from the project controlling department. And now, 3 weeks later he still hasn’t got the numbers ready. There were too many changes in the project structures and project controlling had to do all kind of manual adjustments. In addition the project costs for the new oil-pump aren’t included at all. The situation doesn’t look well. Customers are getting nervous and the press people a ready to jump on a story, just right before the annual automotive faire. The competition started to spread rumors about a failed technology.Obviously these are the kind of situations where “Speed of Innovation” becomes a critical business factor.

Mr. Brettschneider and his company are losing time and money because they receive only poor insights into the performance of their R&D projects. In his evrionment projects costs are detached from the project schedules. To understand how much money they spent on which project and at which time it would require weeks of preparing data and reporting. By the time they would have the numbers ready, these would already be outdated. Mr. Brettschneider simply doesn’t do project management the integrated way.

If they would do it the integrated way, it wouldn’t be that complicated for him. In fact it would be simple. As simple as opening a link on his tablet device. A tap with his finger on his tablet device would have revealed, that the current  project costs are below the budget (see screenshot) .It would be possible to free-up some additional money by shifting another project by 3 months. All the questions could have been answered at the management meeting directly. No Excel “Up” and “Download” , no import errors , no inconsistencies between project structure and accounting structure.. What’s in the accounting books, appears on the project report. In real time. Simple. 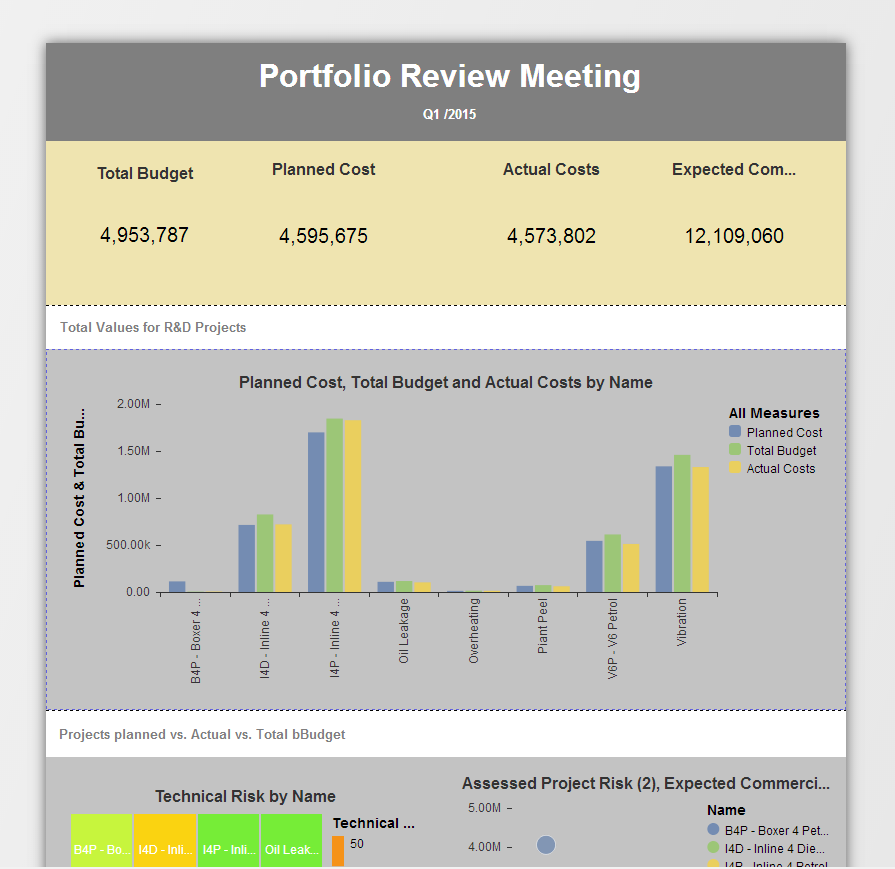 In a rapid changing business world, with shorter product life cycle than ever and innovation pace driven by the speed of communication, the 3 weeks it took Mr. Brettscheider to get his reports, may be crucial. It may give the competition the necessary advantage to take the leadership, to discredit his experts and push the company to the side line.

In SAP we believe that integration is the key factor in achieving an agile and responsive product innovation process. The integrated flow of information across your business applications enables  R&D leaders to make the right decision at the right time. Based on accurate data, available at any time. 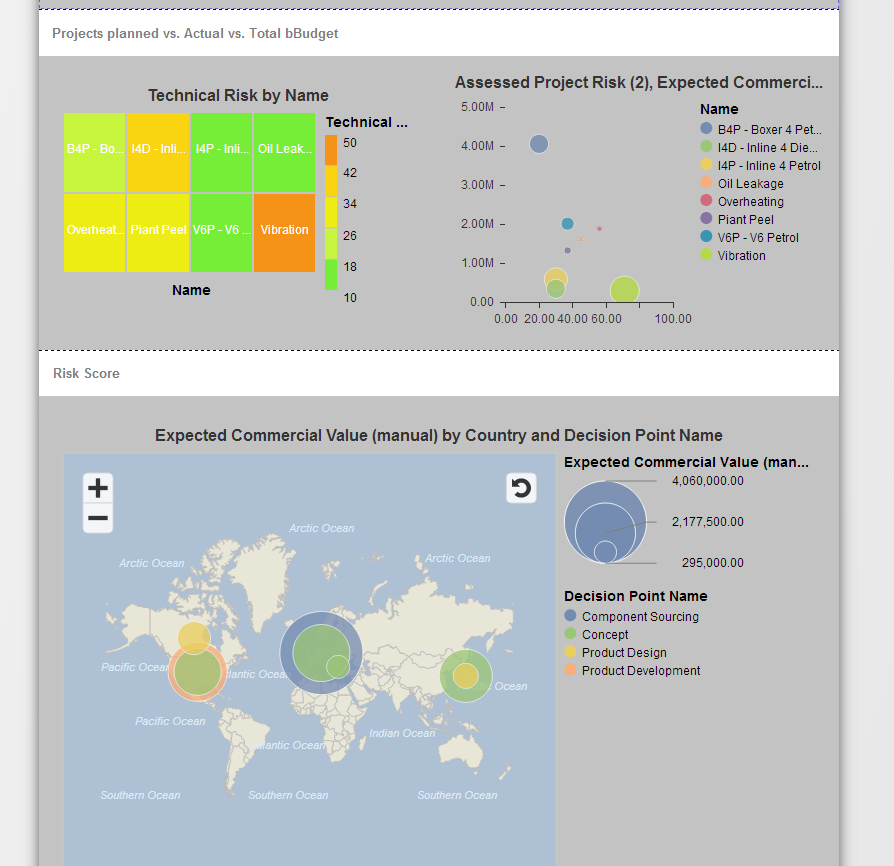 If you are interested to learn more about the integrated way of steering and managing your development projects, please join us at the  PLM Insider 2015 conference, which will take place from June 1 – 3 in Prague. We are looking forward showig you some live demos.