Lumira and Design Studio – the Full Story for BW

This was a presentation from ASUG Annual Conference the other week.  This are my notes as I remember them.  The usual disclaimer applies that anything in the future is subject to change. 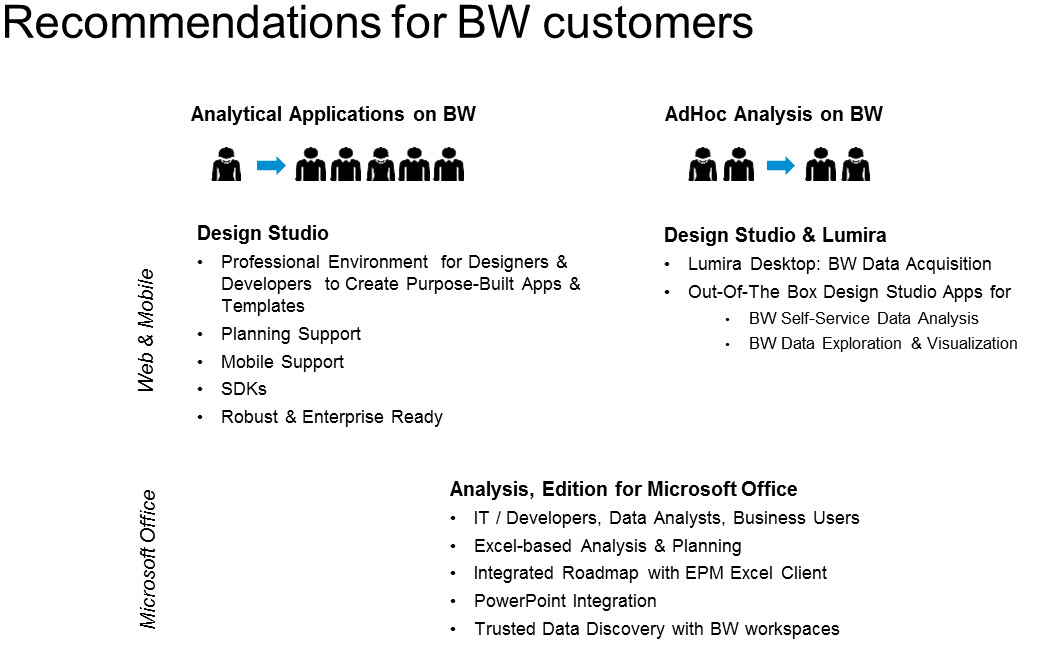 With the release of Design Studio 1.5, more self-service applications are planned do perform ad-hoc analysis against BW data sources. 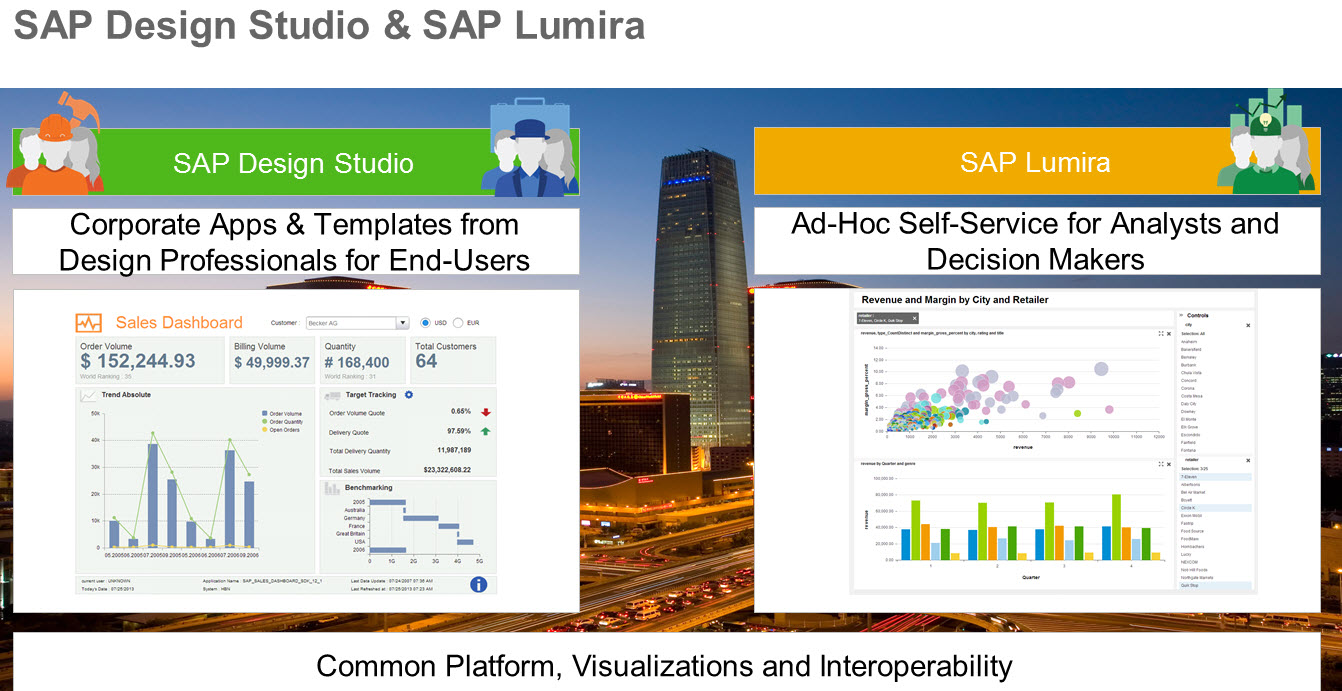 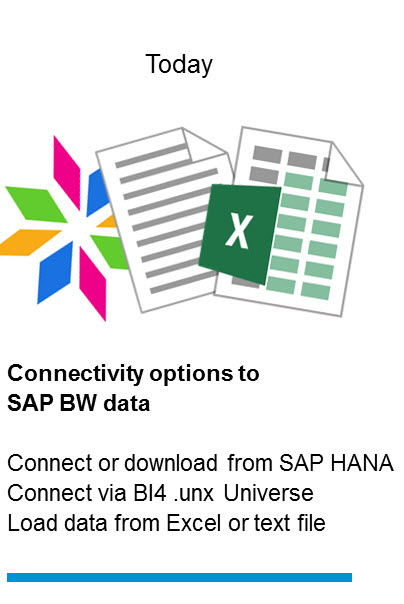 Figure 2 shows the connectivity options today; they are limited for BEx queries.  You can connect via a universe against a BW Infoprovider Figure 3 shows planned improvements for connecting to the BEx Query for Lumira. 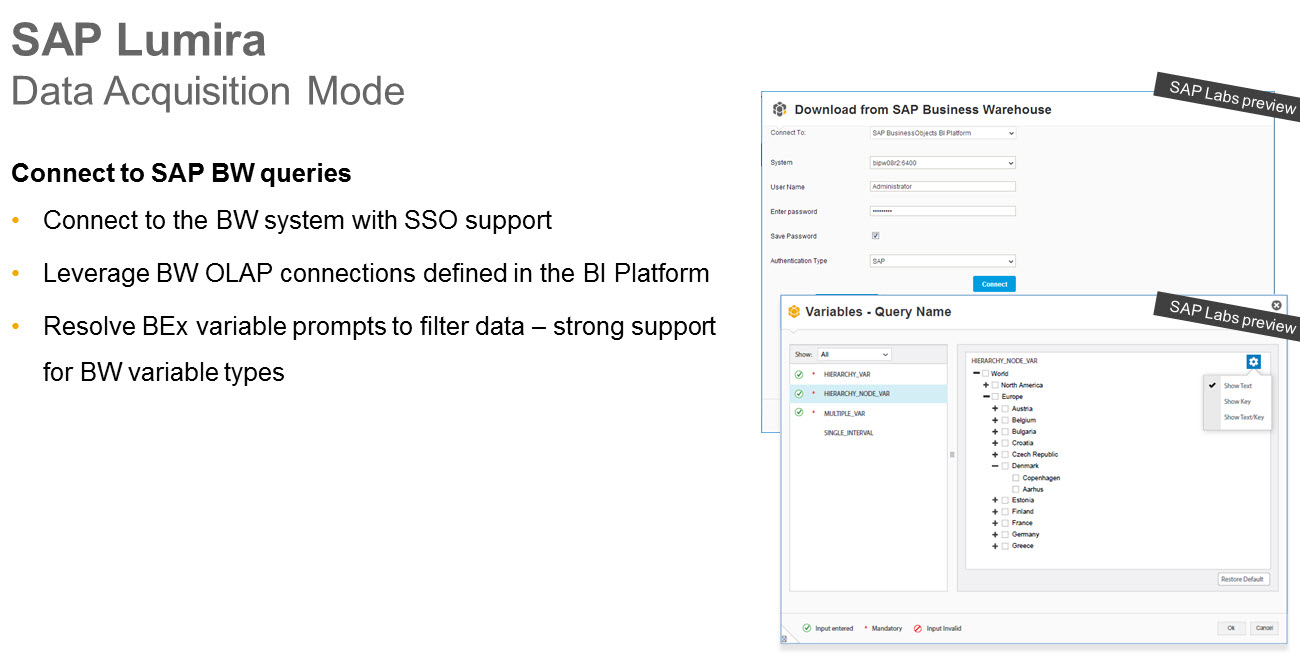 Figure 4 shows planned improvements for connecting to BEx queries including SSO and using BEx queries defined in the CMC.  The current version reads from  the saplogon.ini file. The bottom right shows all rooms will be available when connecting to the BEx query; today only the Visualize room appears 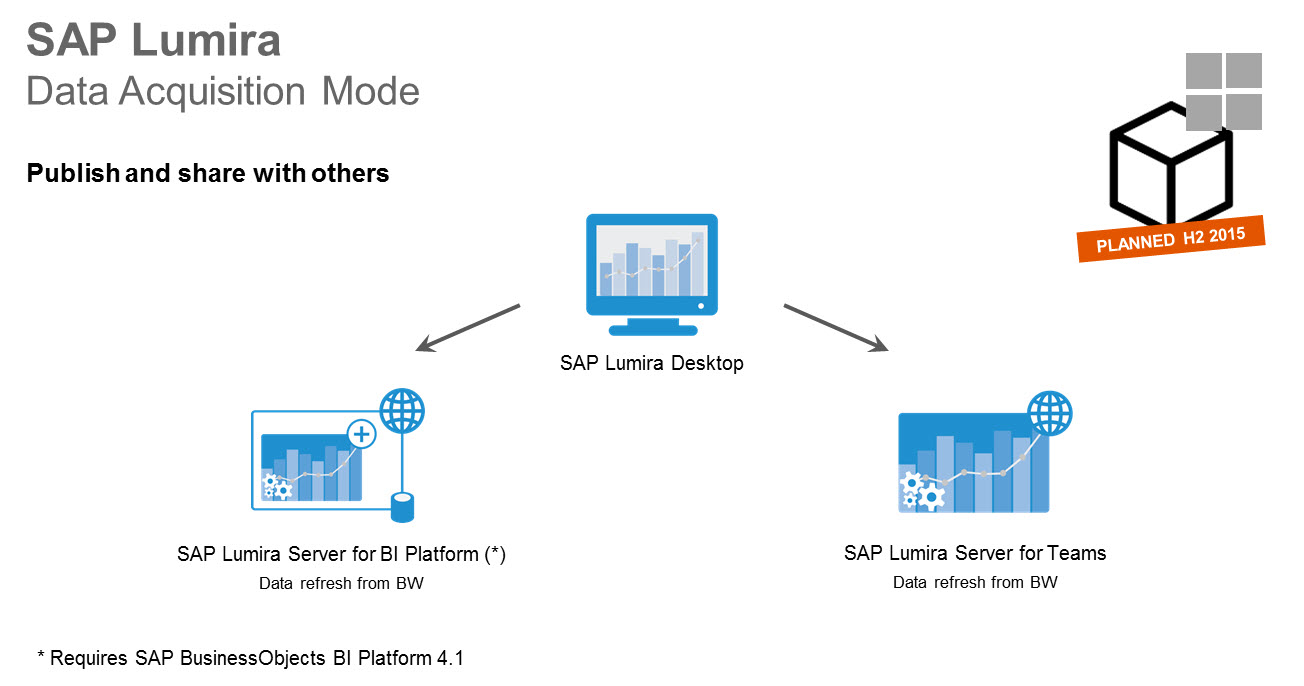 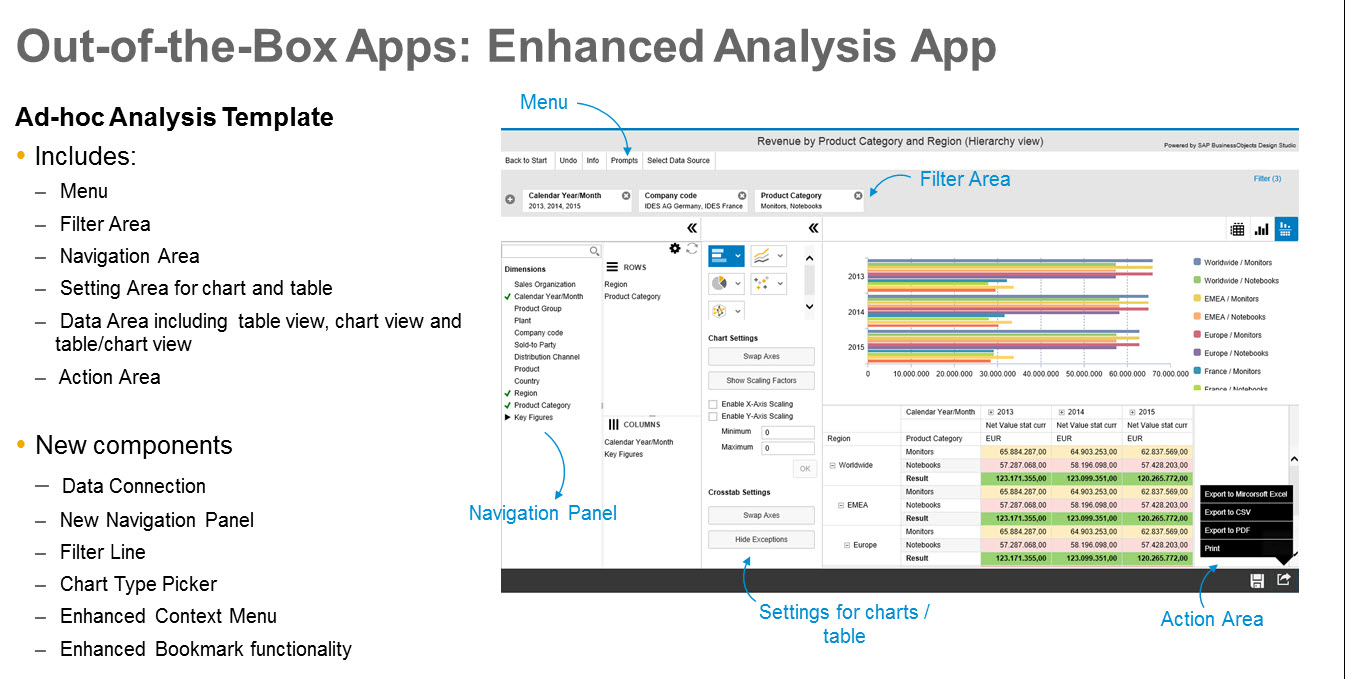 Figure 7 is Design Studio 1.5 which has a horizontal filter with a Lumira-like chart type picker 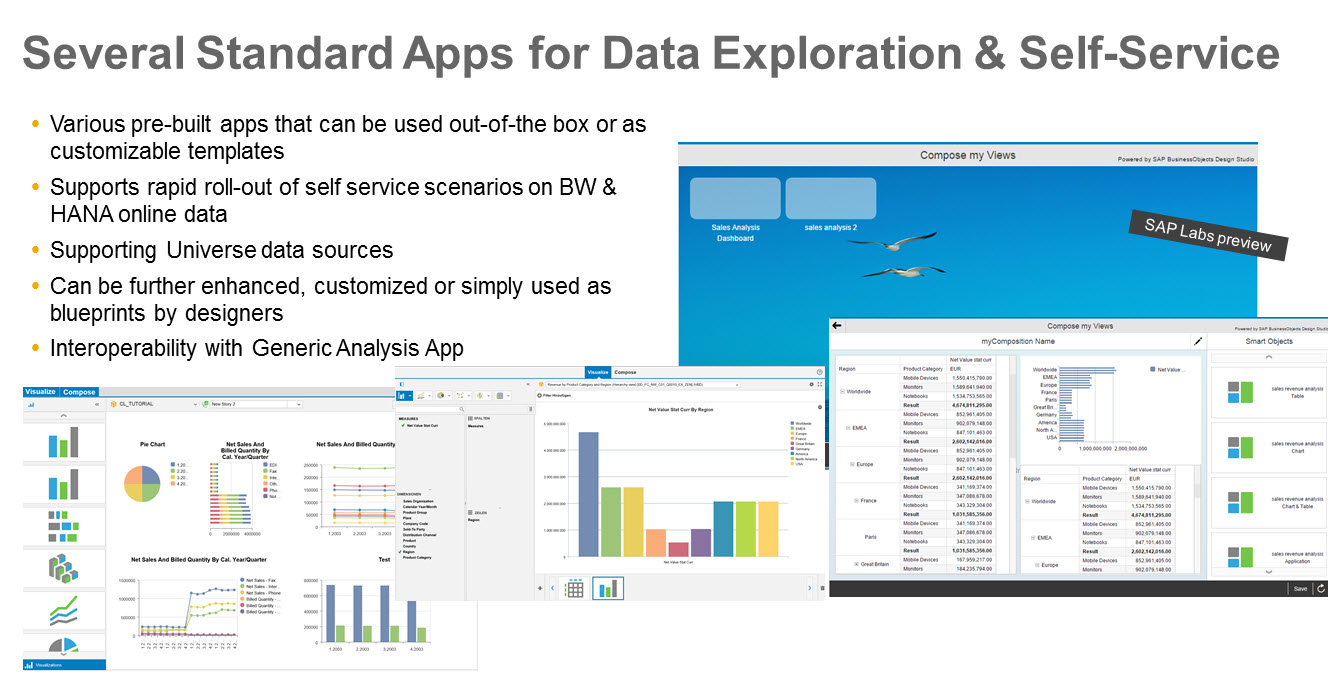 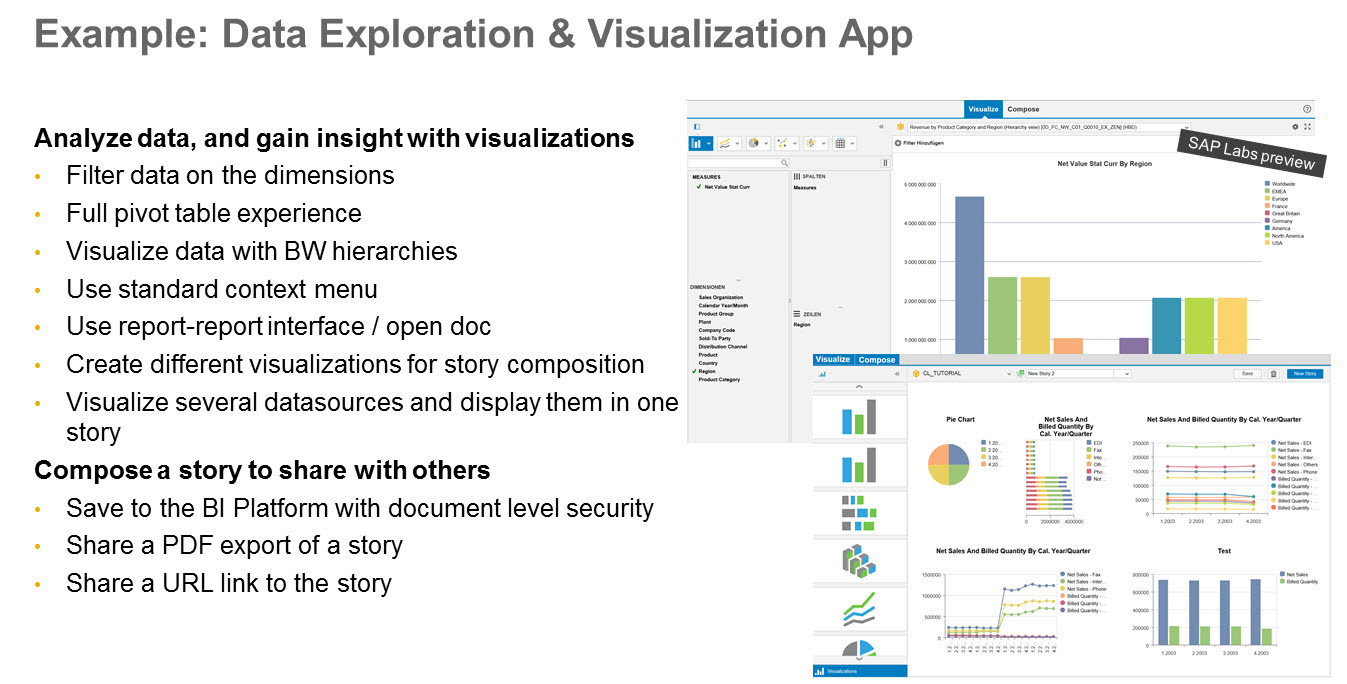 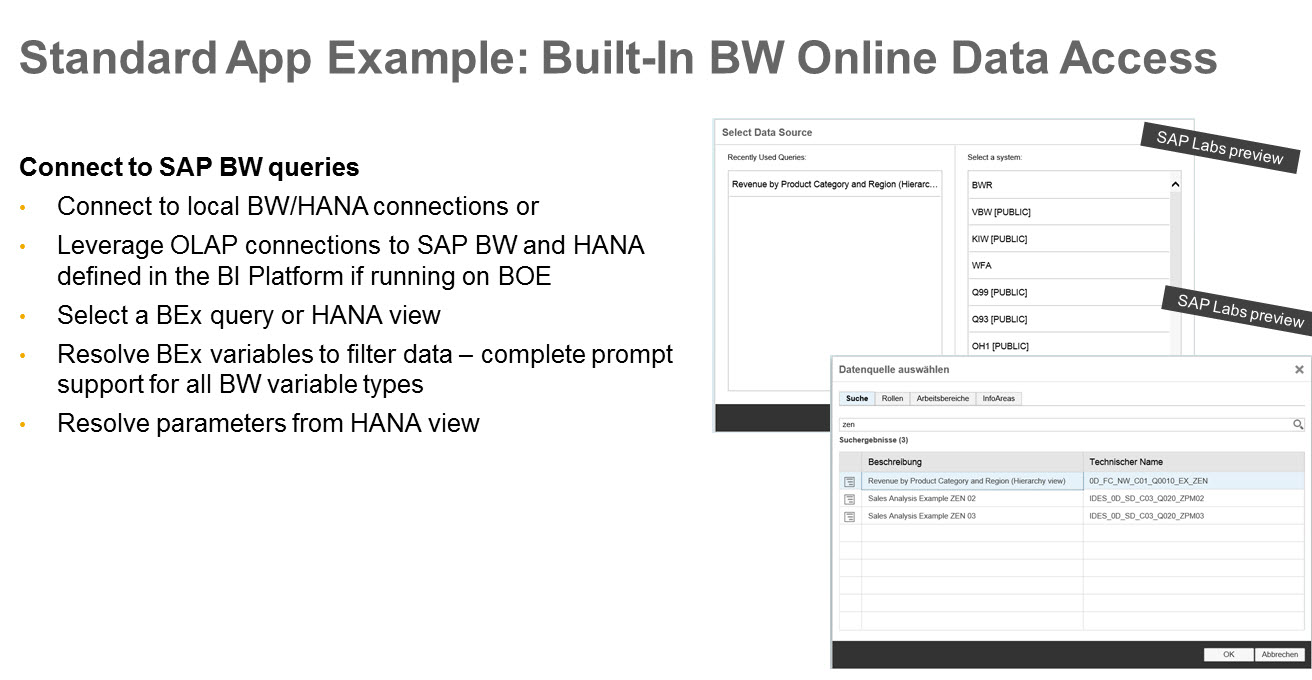 Figure 10 shows the planned features for Design Studio 1.5 which include connections using a standard template for online BW data access.

Figure 12 shows a Design Studio application where you can export to a Lumira file.

Where possible, I tried to limit duplicating content from these blogs: