The 100-year old invoice. Not much has changed

This invoice is 100 years old today. Lots has changed, but 100 years later 77% of invoices are still on paper.

When renovating around our fireplace last summer, we took out some old woodwork. Behind the cabinets we found an invoice from a local brewery, which is dated May 13 1915. Exactly 100 years later, it is worth having a look at what has changed since the week the Lusitania was sunk, the Gallipoli landings started, and a little-known pitcher called Babe Ruth hit his first major league home run. 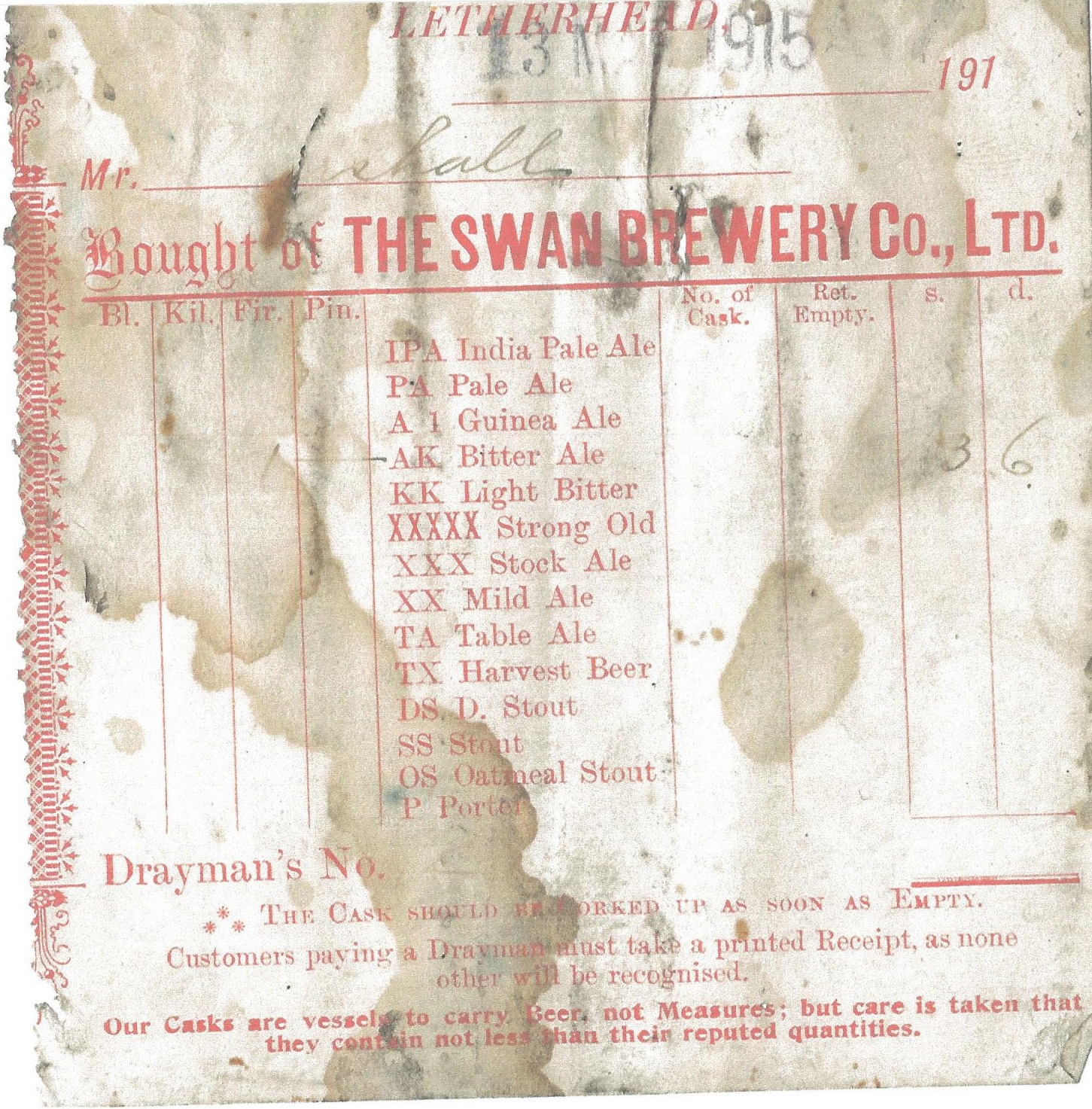 The amounts on the invoice are denoted in “Old Money”, the shilling and pence went out in England with decimalisation in 1971. Beer is no longer sold in Firkins (which is 90lbs, or 72 pints) – although an effort is being made to revive the firkin as part of the Furlong/Firkin/Fortnight system. This seems like a lot of “AK Bitter Ale” for a labourer’s cottage: I guess drinking habits have changed a lot, too. The invoice refers to a “drayman”, meaning that the brewery was still making horse-drawn deliveries. The printing on the invoice reads “191x”, hinting at a Y2K crisis at the end of 1919. The price of beer seems to be 1/2 pence per pint. The brewery no longer exists, either. It was a victim of the changing retail environment of the post-war era.

Everything else has changed about this transaction. The currency, the price, the unit of measure, the delivery method, the product: but if you ordered 72 pints from a beer wholesaler in 2014, you would probably still have a paper invoice. And in the U.S., you might even return the invoice with a paper cheque.

Paper invoices may be great for amateur historians, but that is not their primary purpose. In the business-to-business environment after a slow century, things are starting to move. The main game changer seems to be business networks, and there are a few reasons for this

•Programs can be driven by buyers

•The same network can be used for large enterprises and SMEs

•Additional services such as Financing can be added

Paper still has a deep attraction as but after a hundred years, it really is time to consign it to history, along with shillings, dreymen, and firkins.

To learn more about e-Invoicing, and how to take paper out of your business, come along to Ariba Live in Munich: spr.ly/6012ACNm