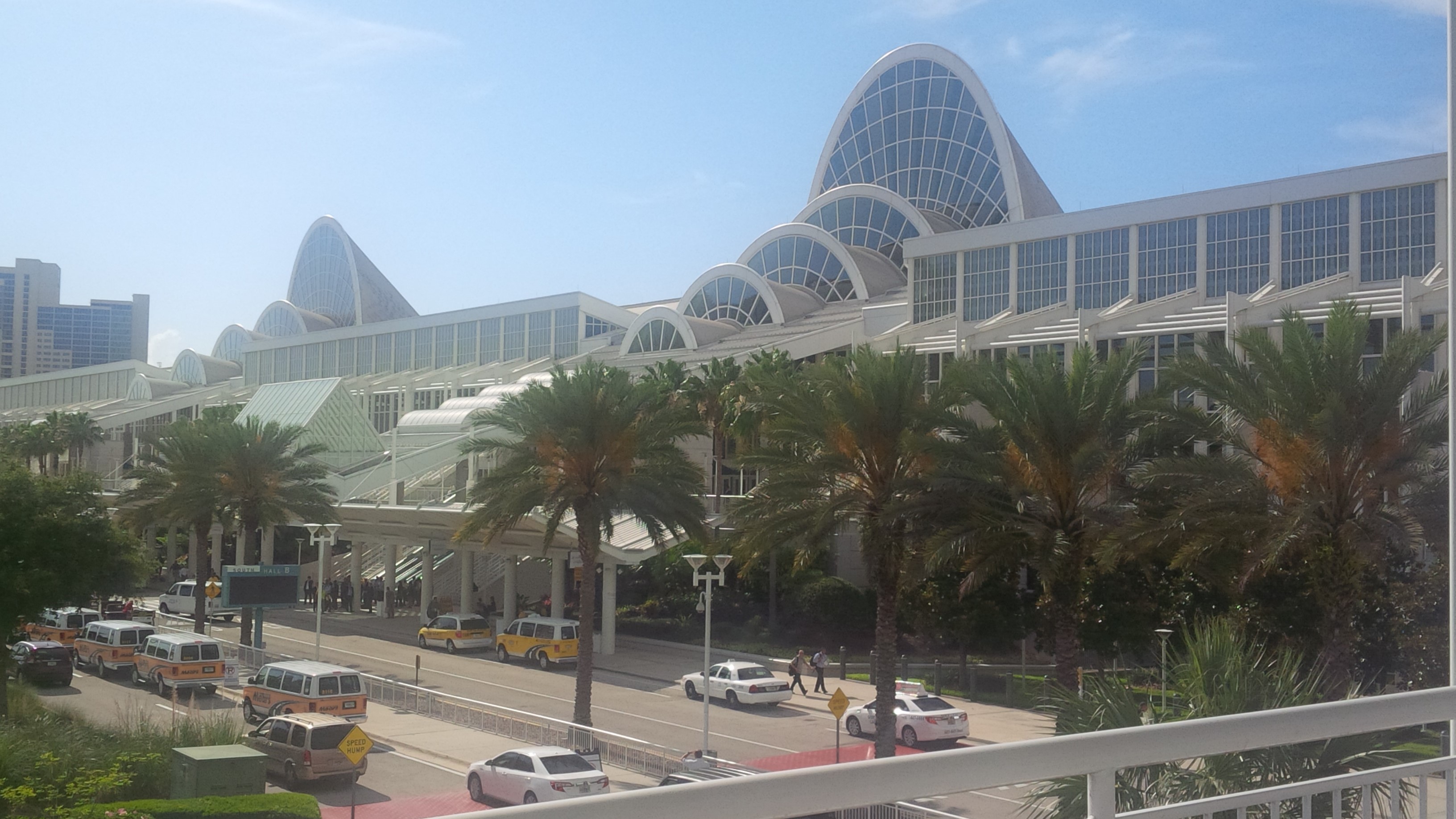 The event is over and the attendee badge, so precious for the last few days, is now nothing more than a memento. All that’s left is the “what the heck just happened” feeling and vendor pens and brochures to sift through.

I couldn’t post a blog on the last day because of travel, but this gave me much needed sleep and some time to process the overwhelming amount of information. So yeah, it will be a long one!

Day 3 started early (8 am) with BT177 ‘B2B Capabilities of SAP Process Integration and SAP Process Orchestration’ led by Udo Paltzer and Sindhu Gangadharan. I haven’t been keeping up to date with all the renamings and product “mergers and acquisitions” but could recognize some abbreviations in the presentation slides. It seems that, in layman’s terms, SAP PO is reincarnation of good old XI/PI (Process Integration) together with BRM/BPM (Business Rule/Process Management respectively) as “all-in-one”. In the session we were told that SAP PRO (not PO) is the correct (new?) name because ‘PO’ means something inappropriate in German.

I didn’t actually find such naming elsewhere and the presentation slides on the ASUG website still read ‘SAP PO’. In SAPanese English “PO” could also mean Purchase Order and Production Order (I love it when our users say ‘PO’ and then I have to guess which one they’re talking about). Also ‘PRO’ seems to suggest that everything else is not “pro” but some kind of an amateur edition. And SAP HANA in Russian can be loosely translated as “the end of SAP”, so PO should be the least of SAP’s worries, honestly.

This session was of particular interest to me because just like any other fiscally responsible SAP customer we love stuff that doesn’t cost extra money. We do quite a bit of EDI transactions and cutting the middleware cost by moving the integration in-house (because our internal resources are “free”) would definitely appeal to the “bean counters” upstairs. I thought the session covered EDI quite well and also both presenters did terrific job answering questions and doing a demo despite some network issues.

This was definitely the top session I’ve attended and I was surprised it wasn’t full. Scheduling early on the last day was most likely unfortunate. Also mentioning EDI in the description probably would’ve driven more keyword recognition and interest from the business folks. But nevertheless it had the whole 3 Mentors in attendance – Daniel Graversen, Matt Fraser and myself.

In the afternoon I had time left for only one last session and joined BT162 ‘Introduction to SQLScript in SAP HANA’ led by Rich Heilman  himself. If you’re familiar with Rich’s work (and if you’re not – stop wasting time reading my blogs) it won’t come as a surprise that it was informative and no-nonsense session. I especially appreciated that Rich handled timing very well and left enough time for questions and even some non-technical recommendations. Also, as a bonus, another SAP legend Thomas Jung  was hiding in the back rows, perhaps assuming no one would recognize him with facial hair. Nice try! 🙂

The Keynote 4 out of 4 (Hasso Plattner)

The replay is still ‘coming soon’ at the time of writing (I guess some parts might be getting edited out), so this is to my best recollection. Apologies for possible inaccuracies. (Update – keynote replay is still unavailable but some highlights have been posted here).

Having learned from the Keynote 1, I arrived almost half an hour earlier and scored a great seat right behind the ASUG Leadership suits (by the way, not too many women in those rows!). The upbeat songs were playing but nothing else was going on and I began to wonder how quickly will security tackle me if I jump on stage and start dancing.

Hasso Plattner jumped on stage without any special introductions (not that he needs one) and started with… the shtick about the customers saying [whiny voice here] they don’t need performance, don’t need HANA even if you give it to them for free. (If the camera was directed at me you would see a rare eye-roll-facepalmslap combo.) Then he quickly stated that he’s not having that argument anymore (always a wise choice when you’re, um, kind of not right), made a couple of clumsy jokes about Americans and moved on to the history of in-memory database technology.

Then we were shown a diagram how “any database” consumes, say, 24 TB vs. only 6 TB needed for HANA. I’m not an expert on this but, from what I’ve heard, HANA actually requires a bit different hardware (there was a lot of broohaha about this, if memory serves), so no matter how impressive the comparison might not be valid. Just sayin’…

Colgate-Palmolive CIO was then called on stage to showcase some massive KPI dashboard representing the awesomeness and power of HANA. From what I saw, good part of the data was not what you’d find in SAP (e.g. stock price fluctuations, competitor information and such). That’s pretty cool, but HANA (or any database) alone won’t give you that, so I believe it’d have to be the whole bunch of interfaces AKA The Worst IT Nightmare.

The next part of keynote was about more scientific applications of HANA. Among others, Dr. Peter Yu from American Society of Clinical Oncology spoke about using HANA in the cancer research and medical data analysis. I liked this part much better than the KPI dashboard. Or maybe I just have no clue what is actually involved in the backend here (ignorance is a bliss!).

Even though all the possible points have already been made, the keynote continued for another 15-20 minutes till the scheduled end time. Then Dr. Plattner did the “mic drop” and for some reason Quentin Clark got on stage to talk about HANA awesomeness even more. I feel a bit bad for him because most people just started leave.

With the help from some guy Mr. Clark went on to demonstrate a mobile app (?) where employees can get some sort of points for showing up for work on time (and possibly other reasons, we didn’t get there) and then redeem those points for gift cards and other goodies. This revolutionary technology seemed oddly familiar to me. Ah, Citibank around 2001-2002 with their cashback rewards. OK, time to leave, sorry!

Not sure if replay will offer a better version of this keynote, but what I’ve sat through felt rather self-indulgent and just too long.

After the keynote free copies of ‘The In-Memory Revolution. How SAP Hana Enables Business of the Future’ book by Hasso Plattner and Bernd Leukert are dispensed among the attendees (which instantly devalues the copies given earlier to the SAP Mentors – hey, we thought we were special!). And there is book signing scheduled between 1 and 2 pm in the booth PT410.

Around 1.30 I make way to PT (Platforms and Technologies) area. Booth PT410 doesn’t seem to appear on any maps and also it is not located between 409 and 411 as one might think. But it’s easy to spot the long line. The line moves quite fast and is rather orderly, so periodic barking by the security personnel to stand on the light gray carpet vs. dark gray seems uncalled for. Besides it only makes me want to stand on a “wrong” carpet even more. 🙂

As we approach the “home stretch” there is more barking of orders to hold the books in the specific position and to keep moving. Well, this explains the fast pace of the line – there is definitely no “I like your work” chit-chat with authors and actually no interaction of any kind. At least Bernd Leukert makes eye contact and smiles (thank you for that!) while Hasso Plattner mumbles “just sign and pass” without raising his head. My already un-special Mentor copy disappears and instead I’m given a totally different one by some Secret Service looking guy. Seeing big question mark on my face he assures me that this is a copy that has just been signed. Hey, I already made notes in mine! Oh well…

I watched this keynote in replay, so this is the actual chronological order. To be honest, I wanted to hate it but actually liked it.

Long time ago I read the famous Dale Carnegie book How to Win Friends and Influence People and this is one of the few parts that I remember well to this day:

“Personally I am very fond of strawberries and cream, but I have found that for some strange reason, fish prefer worms. So when I went fishing, I didn’t think about what I wanted. I thought about what they wanted. I didn’t bait the hook with strawberries and cream. Rather, I dangled a worm or grasshopper in front of the fish and said: ‘Wouldn’t you like to have that?’”

Speaking about friends, I always thought it would make more sense to rather seek others who also like strawberries and cream, but either way, Mr. Leukert must have been reading the same book because this keynote was definitely more about the worms and grasshoppers rather than strawberries and cream.

Out of all keynotes this would be the one to watch IMHO. I found myself nodding on many occasions – this does not happen often when SAP executives are involved. Unfortunately it was still plagued by “marketing Tourette’s”  – occasional blurting out keywords ‘Internet of Things’ or ‘Cloud’ with no apparent context. But otherwise quite enjoyable.

Towards the end Mr. Leukert was joined by CIO of Walmart Karenann Terrell, who (again – surprisingly!) seemed like genuinely nice lady, to talk about Walmart and SAP relationship. I sincerely hope that HANA will finally help Walmart to figure out some way to keep more than 2 out of 24 cash registers open when I stop by to get toothpaste that is not sold anymore by Target. 🙂

Few Words for the Organizers

First of all – big thank you to everyone involved in keeping this major event going: ASUG volunteers, speakers, SAP coordinators, convention center staff and many others. It’s a tough job to keep 20,000+ people reasonably happy, fed and safe for days and you did it admirably.

Just a few suggestions that I feel could improve future events:

That’s all, folks! Get your engines ready for the TechEd season. It’s like SAPPHIRE but with better food and more fun. 🙂

Disclaimer: I was provided with complementary SAPPHIRE attendance through the SAP Mentor program.