In India, we consider having 1 to 2 MBits/sec internet speed continuously throughout the day as a great experience. It suffices our home internet requirement. Primary usage being web browsing, reading blogs/article, searching, watching educational video (youtube) or online course etc, works fine with 2M Bits/sec broadband. It is unfortunate that we don’t even get the kind of speed expected even after paying for it. Each one of us is so used to getting delay in video downloading or buffering or page getting downloaded, that we no more realize the time lost (in waiting) during browsing. Even the e-commerce is slow with such connectivity and most of busiest sites such as IRCTC (Indian Railways Next Generation e-Ticketing System) don’t even work during day time (reason could be multiple, but slow connectivity being one) and online transaction takes much longer time and many a time we face timeout issue during the  transaction (example time out issue).

On one side, we are still not able to reach a good broadband internet speed, which would probably have a direct impact on ecommerce (online transaction) & local business going to cloud based system and on the other side, the world is already moving into high speed broadband which is 1000 times faster as compared to what we get in India and nearly 100 times faster as compared to United States’ national average. Few cities in the world such as Seoul, Hong Kong, Cedar Falls (Iowa, US) & Chattanooga (Tennessee, US), Tokyo, etc.  are already on Giga bits per second speed. Wow!!!! Gigcity infrastructure with fiber optic cable is installed to ensure business and house hold with 1 GBits/sec (both upload and download speed) continuously. In the recent news, Korea has already announced to reach to 10 GBits/sec, while we continue to pursue both upload and download at 1 to 5MBits/sec. World is transforming into super-fast connectivity. The Gig city has managed to keep the cost much lower than expected. The model is successful only in cases where the cost is controlled for businesses or home user to flourish the power of High Speed Broadband. 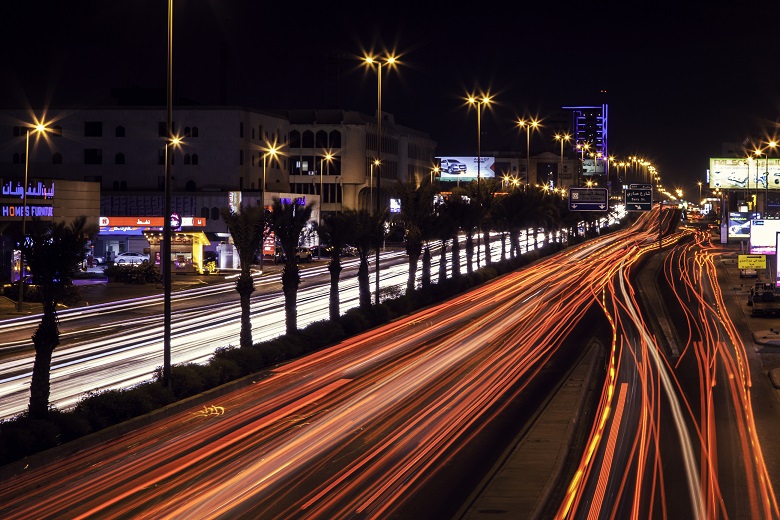 High speed board band (1Gbits/sec) is a reality in these cities and they are trying to solve different problem, the problem of finding right use-cases to leverage best of such speed. Imagine the concept of smart city, which means a city which is connected overall, having such high speed connectivity with local server installation (within city), would result in real-time decision making. Let us take an example. If we install HANA Server within Chattanooga city and start collecting all smart meter readings, traffic readings, water meter readings, climate, crowd density, etc….with various sensors or devices installed within the city. In such a scenario decision to help in traffic congestion can be fast, medical health can be quick, services provided to resident would be quick, security can be better with real time analysis at server level. Ability to transfer huge multimedia files such as live CCTV feed to highly capable server would be reality. Ability to provide ecommerce would be real quick. On one side, connectivity ensures real time data transfer and on other side, HANA provides real-time computation power. All the use cases, such as SME (Small and Medium Enterprise) segment which did not opt for Cloud solution due to slow internet speed (heavy data transfer required) can be materialized.

Realize the ability to do conference within such city. It would be high definition and the experience would be far different from what we go through today. High speed broadband is an economy driver and this has been proved well with City Chattanooga, which once called the “dirtiest city of America” is now a place for entrepreneurs for establishing new businesses. Many startup firms have opened their offices and provided services for the city and the world. E-commerce has improved in the city.  Today it has transformed itself with more jobs and overall growth (more details: Link)

Having High Speed broadband in the city is great, but it isn’t enough, since the rest of the world is lagging behind and if we only send data from server at a given speed, which is far less than 1 GBits/sec, one cannot fully leverage the bandwidth of this speed. In case of internet, the servers are installed at various places across the world and world network is not 1 GBits/sec so the speed at which it travels within the internet pretty much depends upon the path the packet takes. So although the experience of internet in such a  GigCity would be much better, since local network is fast, it would not be as impactful as expected, since the data outside the city boundary goes much slower and still deals with internet congestion problems / packet loss problem etc…

Many governments are launching High Speed broad initiatives to connect the country and derive operational efficiencies (announcement in Jan from US President: Link, Europe broadband strategy link, EU goal link), economic growth and better services for citizens. The day is not far when we would see the whole America, Europe powered with 1 GBits/sec and our software outdated in comparison to leveraging such speed. Another objective of such an initiative is to drive more on education via online learning but with such a speed one can connect remote city with the best of colleges. We would see the surge of real time remote courses, which means when the professor of best university is taking a physical class, this would be real-time broadcasted to remote city classrooms with virtual hologram projection of professor and professor would see the whole class using special glasses. The interactions would be real with student and professors; it would move the education to a different level, where live courses and real time interaction would be the offerings. The speed of 1 GBits/sec is more than sufficient to support such use cases and even these do not leverage the given capacity to its best. 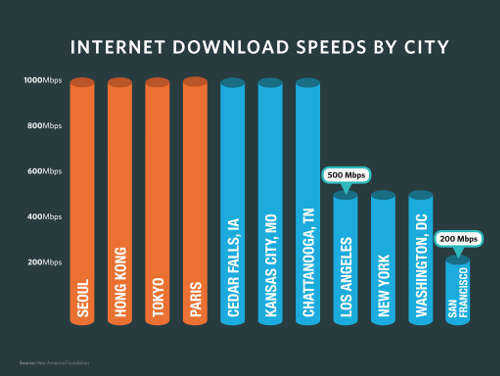 Sending 5 to 10 MB picture would be super-fast, which currently takes time. Event countries like America whose average broadband speed is less than 10 MBits/sec aren’t best for such use cases. Remote storage story would be real time, currently most of the back-up system runs in batch and at a time when the usage from an end user for broadband is the least. The cloud storage system syncs the data with cloud as your backup. This suffers due to less broadband speed, once we have such high speed broadband, the difference between accessing local file or file from the server would be negligible.

High Speed Broadband can completely change the software gaming industry. Many of the games that run on Play Station, XBox can change in future as these are high dimensional multimedia content which are mainly powered with high computation machines of XBox or Play Station for great end user experience. In future we can see these going into server side gaming, where all the processing is happening in server and end user enjoying as it is. This would not only reduce the cost of hardware end user need to buy for such game (specially a super computer like machine which process information), probably we would need a lighter machine and cloud based offering of such games at much lower cost. This would be a great for gaming industry to expand its market beyond boundaries and also change the dimension of such games to interactive games across multiple user at real-time. We can start seeing virtual tennis tournament happening across world with one player in Cedar Fall and other in Chattanooga, playing against each other. High Speed with zero latency can power end-user interaction seamlessly and take gaming to next level. For example interactive biking as show in image below (Source Link) could be designed for multiple users. Virtual daily or weekly competitions can be held for bike enthusiast. 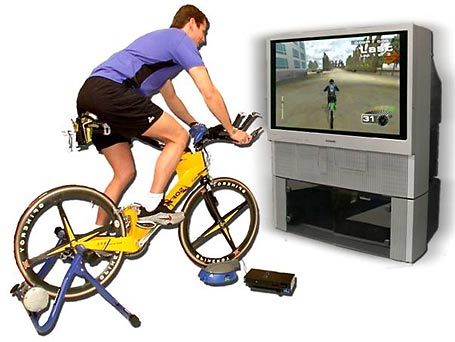 The High Speed broadband story is similar to computer hardware story. In both cases the software was designed thinking lack of enough power in hardware and ability of software to manage. For example In-Memory database came to reality only when SAP realized that RAM is cheap and it is going to be further cheap. This enabled company to build revolutionary HANA computing platform, which does fast computations in RAM. We moved away from using RAM as cache to making RAM as storage of live objects and directly working with it, while we still store it in hard-drive for backup. Similar is the situation with connectivity. We had been building software imagining lower connectivity and slow speed, which leads to splitting of data and sending (images, data records in small packets, compression) which leads to extra processing and slow response. In future we can forgo splitting the data or compressing prior to sending having such huge capacity of connectivity in hand which would mean no more processing of data prior to usage and software being more efficient. In case of High Speed Broadband we are in situation where we aren’t sure of how to use such capacity in hand. Of course it is a good problem to have in hand and it is a matter of time when world would come up with many useful use-cases which will help the citizens and businesses.

Companies in GigCity are likely to be more productive, efficient and are building the use-cases of future. For me sitting in India it is hard to imagine an experience of 1 GBits/sec for broadband. The reason they are more productive is clearly latency. With 1 GBits/sec one can completely eliminate latency, the information presents itself at the speed of light. The software automatically starts to work much faster due to near zero latency. The time for software to respond on web / client server application is completely dependent upon the processing power and logic of application and no more receiving or sending data to end user. For example if we create an image or movie manipulation software which are client based software, since movies are heavy and software you install on your machine which helps in modifying it. In future with 1 GBits/sec connectivity one can envision SaaS solution for movie modification software, since the user can easily download the file to cloud based application in seconds and starts to modify it directly on cloud servers, without having to wait for data transfer or latency. This would really help them not to spend time in installing and also make it utility based model for such software. This use case shows the transformation of certain business from client to server side software. Even today such software might exists but the experience of end user might not be good due to latency in downloading or playing the modified content.

For software companies, what it means is a learning ground for the new future and start delivering services to such cities and start investing into building futuristic use-cases. Learning would be huge, since such connectivity would change the way we think about data moving within network. The future direction of smart city in the world with everything connected and with such High Speed would be great potential for software real-time applications. With the emergence of In-Memory technology for high performing computation and real-time data transfer with 1 GBits/sec would provide unprecedented power to end user in the years to come.

At this point it is hard for me to imagine all the use-case across industries, but with this article I encourage reader to think on use-cases for software companies and provide your feedback/comment.