For several years, I faithfully blogged on a daily basis at conferences, spring and fall, from Orlando to Bangalore.  Then I hit a bit of a personal recession, missing the opportunity in 2014 to attend either an ASUG/Sapphire, or an SAP TechEd. Here I am in the magic kingdom, or is that the mentor magic space, writing my views from a sterile hotel room and preparing to get it done.  I’d normally have written up my pre-travel notes, published my planned schedule, and as we say in Scouts, been prepared for this week. But for various reasons, one of which was a power outage that wasn’t blocked as planned and practiced, I am behind the curve.  I’ll do my best to communicate the high energies and the low comedy of this year’s co-located ASUG Annual Conference and Sapphire Now. 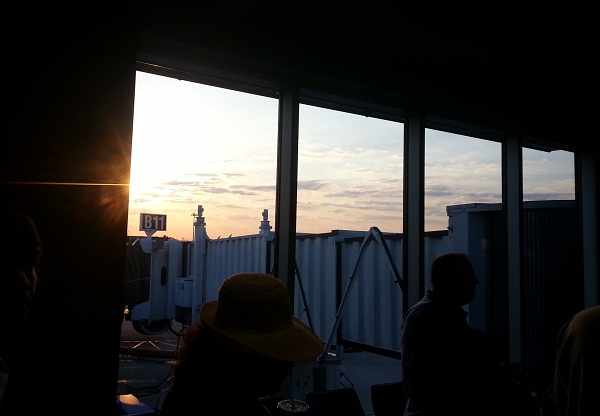 Starting with staying in a new hotel (for me) and a dark of the moon trip to the airport (above), my Monday logistics weren’t as smooth as I’d like.  I did meet some SAP user colleagues from the Baltimore area on the plane, who oddly enough also got onto the same Mears shuttle once out of the airport.  There are often hassles with this ride sharing, as fellow Mentor and OA Brother Simon To posted late last night “When the Mears lady calls my number for the shuttle, i’ll dance & say “yeah, going to get some cold cut today” sapphirenow ASUG2015“.  I dutifully boarded the bus, sat while more passengers were called in, and we took off for the swamps of central Florida – what’s left of them.  Skipping a year of conferences in 2014, I noticed more changes than if I had been back – renamed hotels, a giant London eye clone Ferris wheel, and new luxury resorts. Oops, we stopped at one hotel and no one got off.  Turns out the driver had a handwritten list of stops (hello, SAP travel planning – training 101?) with my mid-priced BestWestern written down as CrownPlaza. I was not amused.  But Vijay and Gretchen had a little fun at my expense.

So far, I have the last word, which everyone knows in internet threads, means I win. But I felt somewhat of a loser as we passed my hotel just off the interstate, made multiple other stops, and I ended up last off the bus. FILO. How much do you tip a driver who was given bad directions from someone else, yet didn’t confirm them with the passenger? Just askin’.

The latest version of the conference Agenda Builder seems a lot like the older versions I’ve seen for a few years. I will leave it to the googlers to find when I said this before, but if you have a time-based app, and you export that data to an Excel format, the dates had better end up as date-type fields. Every time I try to sort the times chronologically, which I like to do for the simple reason of finding conflicts between the official conference schedule and other impinging events (which I may not want to do in MS Outlook), I find it impossible.  One more – check the start time column I sorted:

Start my day with a HANA session at 1 PM, skip back in time to run the 11 AM gauntlet, go forward, and at the end of the day, groundhog day leap back to the 9 AM keynote.  This does not compute.

Also, PLEASE LET ME DELETE THE KEYNOTES FROM MY PERSONAL AGENDA.  I don’t need to go, and often do not want to go.  6+ hours of monologues?  No thank you very much.

Later, I exported this in a calendar format and brought it into my corporate email/scheduler/notes.  We’ll see how this looks on my tiny phone screen – it is pleasantly readable on a large monitor, to the point of being quite useful in seeing the gaps and overlaps not so visible above.

My work schedule sits parallel to the conference schedule, which I think is the right thing to do, even though some of the office appointments are physically at the conference. But this is last weeks’ view – the days tend to fill as people perceive schedule gaps,and nature abhors a calendar vacuum. Before I boarded the shuttle to the hotels, I took advantage of the airport conference badge pick up.  I knew that I was going to the Convention Center on the pre-conference day where the lines would be much shorter than the next morning but I wanted to see the process. Very smooth, I must say, perhaps due to the clerk spotting me as a veteran when I handed over my code number and ID first thing.  She tried to push “the app”, which hints at good training/brainwashing, and I replied, “oh, it’s OK.” Not many apps, er, programs, can make me squee, and this is not one of them. I had downloaded it, found it tricky to connect into, challenging to search, and, oh, yeah, not synched with my personal agenda (see above).  I suppose I can use it to locate vendor booths if I run out of bread crumbs on the conference show floor. 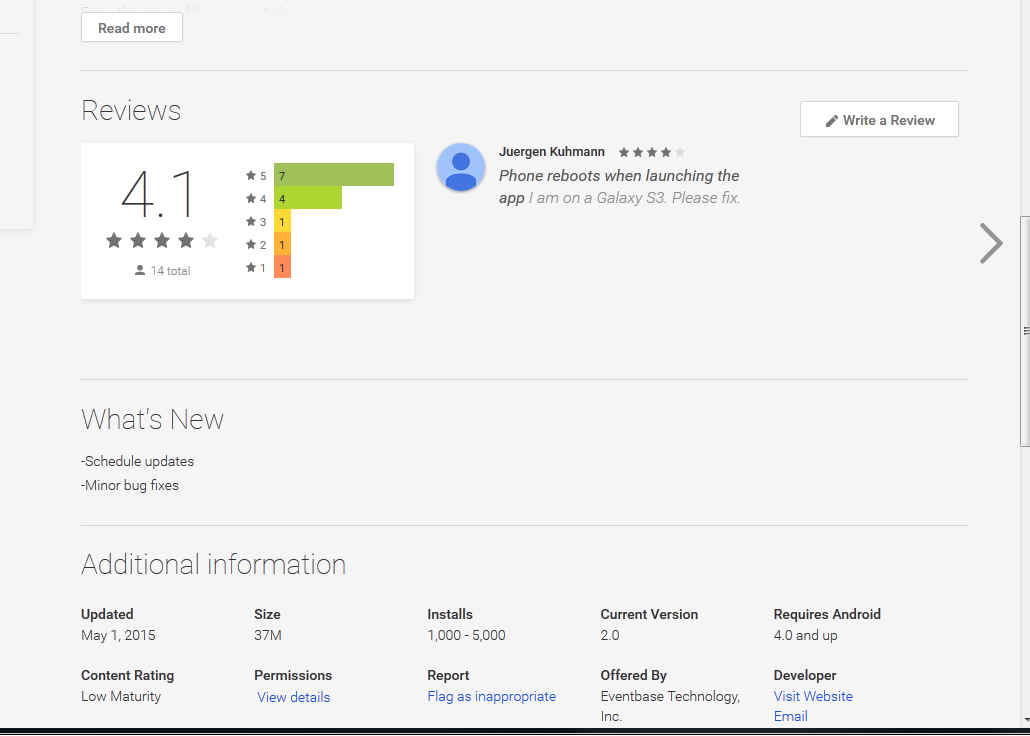 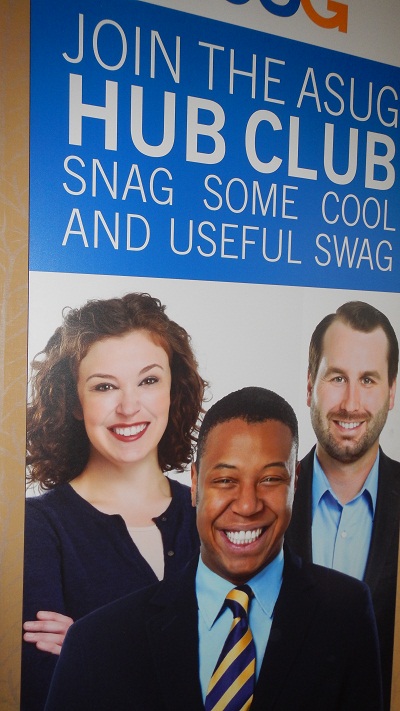 I did not hit any pre-conference sessions this year due to budget and time constraints.  However, I hiked around the main lobby to run into colleagues, as well as stopping up on the floor where those sessions were running.  I’ll skip many of my contacts for expediency, and share one image of the in-between times.  No coffee/tea to be had, with ice cream being the consolation prize. Later in the evening was the SAP Mentors reception, a gathering of many of the SAP world’s influencers, of which I am humbled to be a member.  More on the changes afoot later given the conspicuous absence of the Mentor’s godfather, cat herder, and chief musical instigator @finnern.

I’ve decided one of my goals this week is to capture Mentor’s backs.  Because, partly, as we say, Mentors have your back. 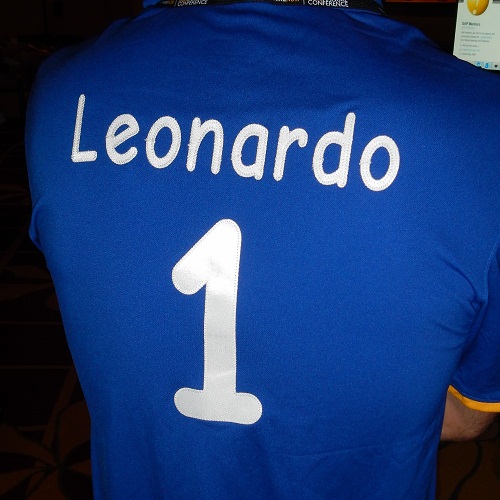