Competing in SAP TechEd Demo jam is always filled with excitement, thrill and fun. These gets double when your smart brain gives you an idea of using Flying Bots (Drones) for your demo. 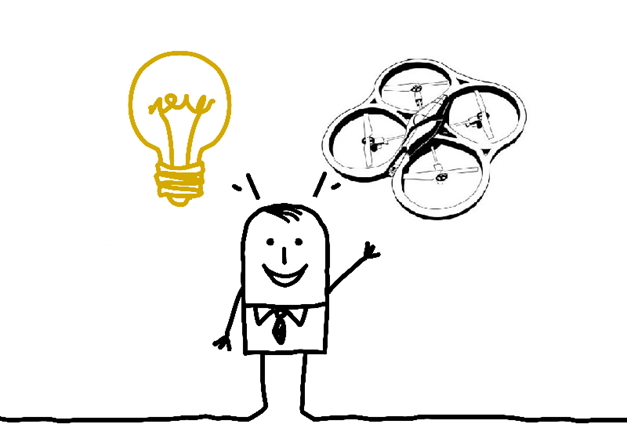 Rescue-Bots can be used during flood, fire, earth quake or any other disasters. Bots can fly in the dangerous area where it’s difficult for human to get in. It scans the area, find out people who are stuck inside. It also detects the possible exits and dangerous objects like gas cylinder, boilers. This information is than passed to SAP HANA which process it and come up with safest path for the rescue team to follow.

Ingredients used to cook this concept are:

5) SAP HANA  Last but not the least

We were quite confident with our demo but things got changed the moment we tried flying the drone in the techEd venue.

Our rescue bot was struggling with hundreds of wifi hotspots(thanks to 7000+ sap teched attendees ).

(Our Bot was using 2.4Ghz – 5 Ghz frequency which is same for wifi hotspots and other wireless networks and there was a big interference)

We spent 4 hours trying to find out a way to fly the drone with stability .During the process Drone smashed the wall, crash landed and almost gave one of my team members a heart attack.

At the End we somehow manage to fly the drone with stability .We have configure the drone such a way that the moment a fire alarm is detected ( simulated by mobile app ) drone will fly and started scanning the area using the image processing written in Open CV with the predefined path.

To demo the fire scenario we used the factory model with stickers on it which shows different objects like humans, fire, exits and gas cylinder.

Once this objects are detected with the help of bot’s camera and the open CV image processing algorithm the location is send to the backend.

We plot the objects in the 3D model which was prepared in visual enterprise as shown below. 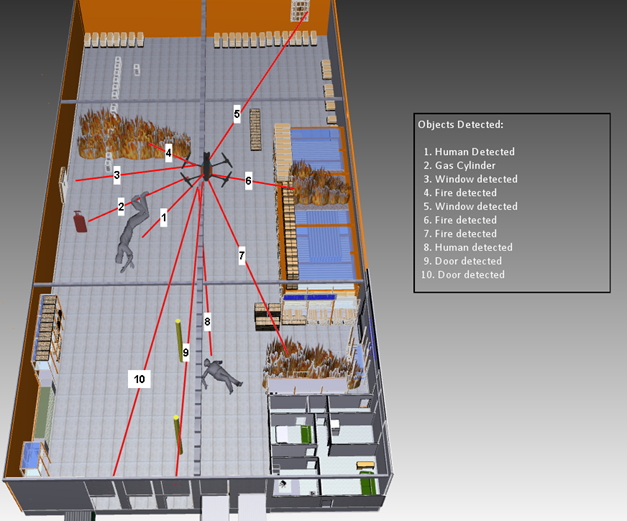 Once we have the location of all the objects we determine the shortage path which needs to be followed by fire fighters to rescue the human inside avoiding the dangerous objects like gas cylinder or boilers.

This is how all the possible entry and exits path looks, out of which the system determines the safest path which can be used by rescue team when they arrive at the factory location.

When we have HANA how can we miss the analysis part!! We can do nice predictive analysis on how the fire spreads considering the air flow in the factory and exits.

At last it was a time to decide the winners. 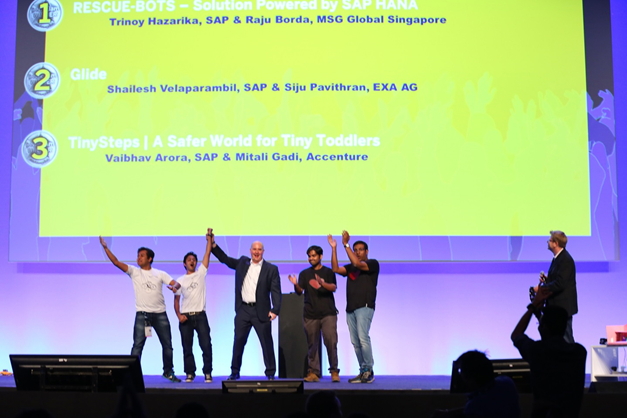 Here’s the link to the On stage Demo: