May the Fourth be with you! STAR WARS and the DIGITAL ECONOMY 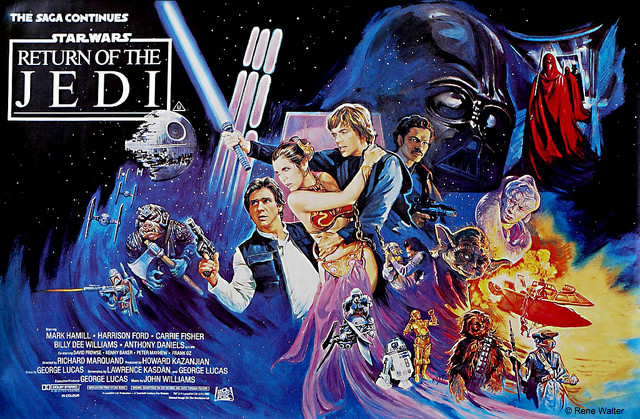 The 4th of May is acknowledged and celebrated as the Star Wars day by its enduring fans. Almost 38 years ago, the first of Star Wars movies released, and instantly created a phenomenon never before witnessed in the film industry. A pop culture in movie making was how it was then described. The legacy it created, inspired generations of people to come, many who proudly proclaim themselves as Star Wars fans for life.

Star Wars was ground breaking, not just because of its achievements at the box office, but importantly for many other reasons.

Star Wars created a new genre in movies – Science Fiction. While many would argue that Science Fiction existed much before Star Wars, it was George Lucas with his intrinsic usage of computer imagery and special effects that gave Science Fiction an unreal charm, brought people together, created a fan following and made a cult of it. Suddenly science fiction was cool!

Star Wars created a whole new business model. George Lucas when he wrote the first chapter, realised that he could not tell the entire story or how envisioned the whole plot in one movie. So he always had the idea of the prequels and the follow-on sequels. This is such a popular trend in movie making today called franchise. So many other successful movie ventures have followed in its foot steps.

Star Wars was the first movie to release in multiple screens at the same time. Today’s multiplex culture was much influenced by that.

Star Wars showed the world how Movies and Marketing go hand in hand – An entire industry has flourished around it. Books, Literature, Games, Toys, Merchandise, related movie production – You name it and the Star Wars brand was adapted into it!

Star Wars influenced a generation of innovators. So many aspects in the movie were quite unimaginable. A world in outer space. Companies like SpaceX and Richard Branson’s Virgin Galactic are now looking to cash in on that fantasy. When Luke Skywalker wiggled his fingers in Star Wars after being fitted with a bionic hand, few would have imagined that such a feat would become a medical marvel in the years to come. Credit it to Star Wars or not, Millions of amputees have had their limbs restored due to this innovation. Laser, Holograms, Robots… the list is pretty long.

The Business Network revolution is similar to the Star Wars legacy. The concept of a global market place that enabled superior buyer-supplier collaboration is path breaking. Today it has truly enabled commerce innovation – allowed organistions across the globe to connect-collaborate-coinnovate like never before. Create innovative new products, service offerings, increased speed of innovation, disrupted the market place with new business models. All of this just by providing a platform for buyers and suppliers to engage and collaborate!

We keep referring to the modern age that we live in as the Digitally Networked Economy. But isn’t Star Wars then the real pre-cursor to the Digital Economy. Even before we had the Internet in the form that it is available in today. Even before communication technology made the world such a smaller place.

What can modern day business learn from the legacy of Star Wars. What is it that has made Star Wars so enduring to its fans, who span across generations. That too in a time and age when one is spoiled for choices, distractions galore, youngsters whose attention span is so short, and yet remained relevant in a personal way. How can enterprises endure itself in such a manner to their customers, partners, and their eco-system???

The answer isn’t a short one. If you know how, I invite your thoughts and comments.

Until then … May the Force be with you!

The picture used is licensed under a Creative Commons Attribution-NonCommercial-ShareAlike 2.0 Generic License.