Moderator spotlight is our way to show our appreciation to our SCN moderator. This time Michael Appleby is our Moderator Spotlight. Michael is a moderator for SAP for Mobile, SAP Manufacturing Integration and Intelligence, SAP Mobile Platform Developer Center, SAP Transportation Management, UI Development Toolkit for HTML5 Developer Center and SAP Fiori.

Please read the interview below to learn more about him. 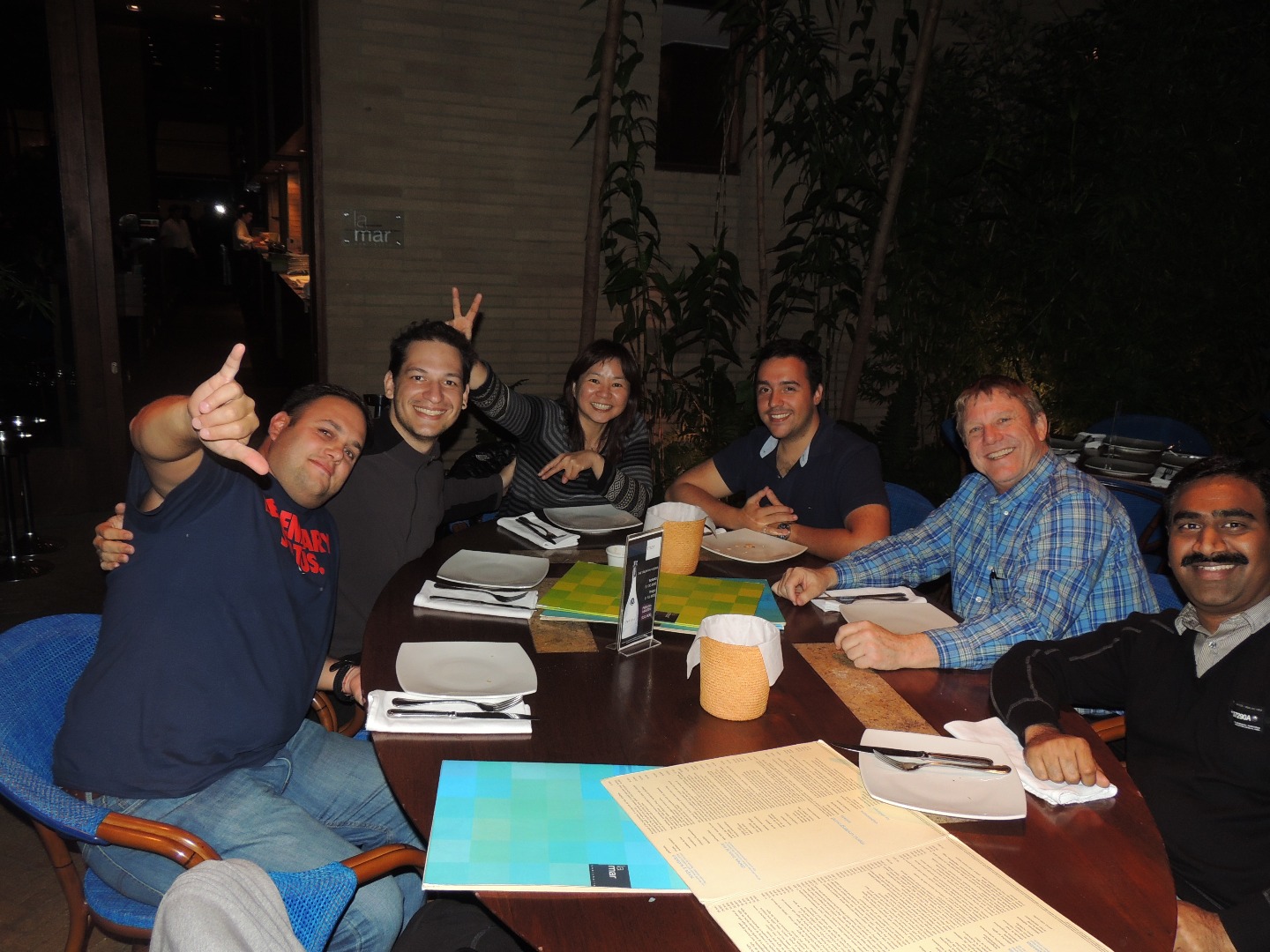 Please share with the Community a little about yourself:

I joined SAP in 2008 after working as an independent consultant in Manufacturing (mostly SAP MII, but also some before SAP bought Visiprise and it became SAP ME).  I graduated from the University of Delaware in 1984 (six months early on the 10 year plan) after 4 different majors and 187 credits (only needed 133 for my BSEE).  I am an avid gardener, soccer player, and semi-gourmet cook.  Spent 6 years in the Delaware National Guard as a Microwave Systems technician and repairer.  Worked for Westinghouse Defense Electronics Systems Group for 10 ½ years as a Manufacturing Engineer and Project Leader (mostly Air Force systems).  And at various times, sold video systems, auto parts, and nursery plants, ran a landscaping and mulch business, short order cook, milk and paper delivery boy, business unit manager for a solar cell manufacturer.  Got into IT with The Franklin Mint in the 18 months leading up to Y2K and for almost 5 years afterwards.

What motives you? Why did you join?

I originally joined for crass commercial reasons.  As an independent consultant, I needed “street cred” which came from the points I accumulated and successfully answering Forum questions on MII.  It was also one of my PRM metrics.

My first community Moderator role was in SAP Manufacturing Integration and Intelligence (SAP MII).  My management were firm supporters of SCN with the idea that more issues solved there meant fewer issues solved in CSS.  As I got more familiar with the responsibilities, the more I enjoyed the flow of the community interactions.  Presently I moderate 5 communities with a 6th coming soon.  SAP TM, SAP MII, SMP Developer Center (as Space Editor), UI Development Toolkit for HTML5 Developer Center, and SAP for Mobile.

Be nice, polite and always offer to help.

Sheer volume of items to review daily.  TM and MII are every third day traffic levels.  The other three communities are every day and weekends often enough to just stay not too far behind.

Read the documentation in the Getting Started link.  Anything you want to do in SCN is covered there.

Have you ever attended TechEd?  How was it? what did you most enjoy?

I was fortunate to be selected to present at TechEd last year in Amsterdam.  The best part was meeting so many of the SCN folks that I had only interacted with via email, DMs, content and the very occasional conference call.  It was great just talking technology with interested and knowledgeable partners and customers.  I also really enjoyed the infinite foosball table.  Spent 20-25 minutes playing one on one with a team member before he finally scored the only goal.  Exhausted afterwards, but very entertaining.

What is your favorite food?

Medium rare 24 ounce grilled Ribeye steak with Bernaise sauce, baked potato with everything, fresh corn on the cob (uncooked).  Yes, I have had my cholesterol checked recently 🙂

There are so many supportive people who I have worked with, both moderators, regular members, and SCN Staff, but my first experience as a Moderator in SAP for Mobile was made so much easier as I had Jim Spath to lean on as I was getting over the shock of such a huge volume and the constant change in the technology even month by month.  I also want to thank all the new Moderators who have come on board in the mobile related communities. Their willingness to jump into the responsibilities has been quite rewarding!

I think I would still go down the path I traveled (plant science, computer science, applied physics, and electrical engineering are an odd mix, but I learned a lot in each major), but I would have taken Spanish language lessons.  I have spent a number of years traveling to Latin America and wish I could better speak the languages there.

What do you imagine or predict is the future of your topic?

I think the next major milestone will be biological integration of computers and people.  It was a couple of years ago when I was doing a workshop in Dublin, Ireland with the MDC folks.  One of the developers there had a headset which you could train your brain to control the outputs of 7 bars in a chart.  Shocked the heck out of me when I learned I could make the 5th one go sky high and keep 3 others minimized.  When will the next phase of direct connection (plugins for your brain) occur?  Not sure, but I bet it will be 5 years or less!

Commitment from the members, having good leaders, clear reasonable goals.

I have been recruiting Moderators and Space Editors recently which has been quite successful and personally rewarding with so many great contributors taking the next step in making the communities vibrant and alive.