It’s already a while since this event took place: on February 6th there was a SAP CodeJam on SAP Gateway at bridgingIT in Stuttgart. More precise it was the first CodeJam on Gateway for Microsoft. The expert was Holger Bruchelt.

As the topic was about how to integrate SAP data in Microsoft Office Applications, the developer crowd was a good mix of SAP developers and Microsoft developers. So it was all about integration 😉 I liked that mix!

The Visual Studio plug in generates code templates for add ins for Outlook and Excel based on the meta data of the selected Gateway service. One scenario might be to have SAP workflow workitems as tasks in Outlook.

The Excel plug in offers a wizard with which you can select an OData service and consume it in Excel. This means, depending of the OData service, you can read and change data within Excel and submit the changed data back to the SAP system. You can even validate the entered values in Excel.

After Holger’s introduction I had the chance to showcase a sample Excel Addin which was developed by one of my .net colleagues, Sascha Lehmann.

Back in 2012 we implemented a Gateway service which exposed functional locations out of SAP PM system. We enriched the data with geo coordinates and build an iPad App displaying the data on a map. My colleague used this service and added a Bing map to the Excel Addin. So the user is able to pick a location on the map. When picking the location, the geo coordinates are added to the dataset in Excel. So this is an easy to use mass change tool for this data. 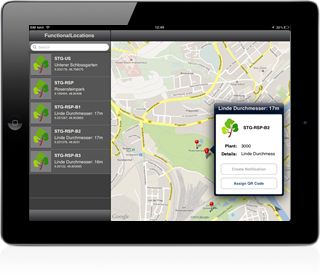 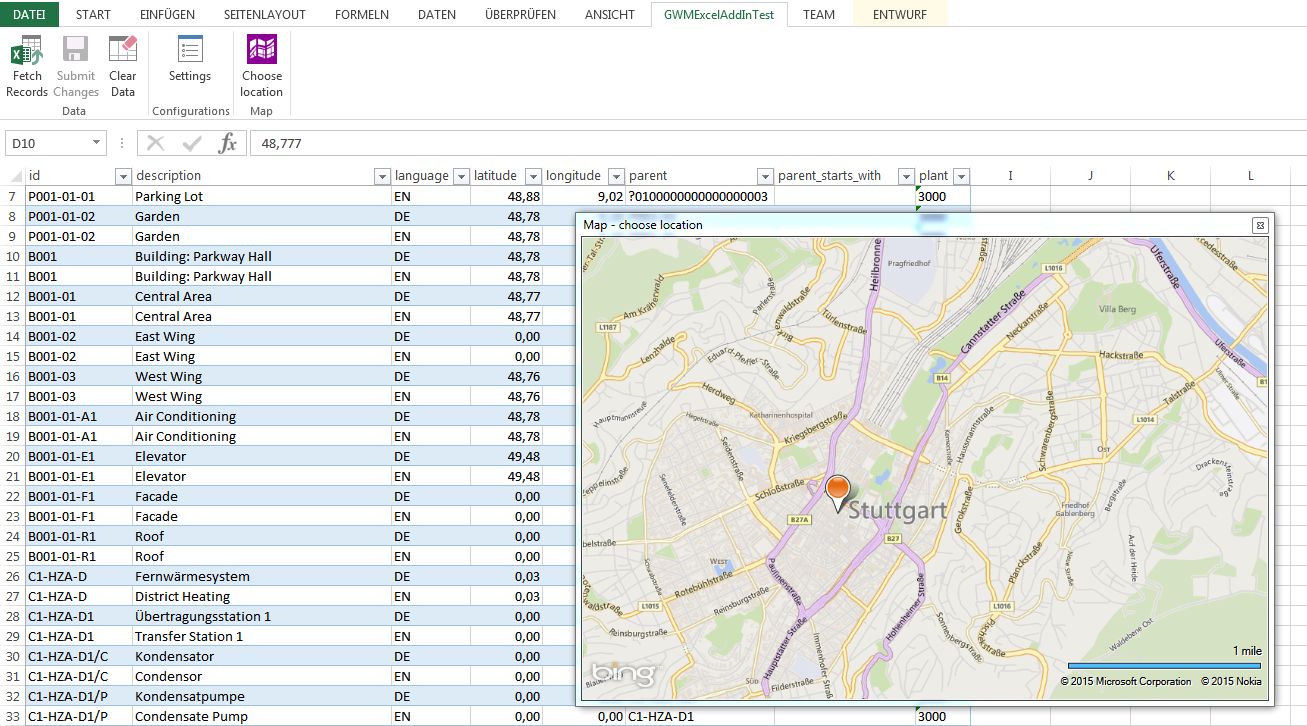 Screenshot of the Excel Add in including the Bing Map

The development of this Excel Add in took only one day. Sascha didn’t have any SAP or OData experience before. This stresses how easy these tools can be used!

After all that talking it was finally time to get the hands on. Thank to the trial version of Gateway for Microsoft everybody could use the tools. Actually, the hardest part was the preparation for the event: for me as a ABAP developer it was quite hard to find the right version of Visual Studio 😉

After all the participants worked on the material which Holger provided, it was time for the food. Of course, our grill was on duty again!

I hope everybody enjoyed the event as much as I did. Thanks Holger for being the expert.

By the way, we even had a guest from Prague, Czech Republic!

One last word: I still hope, that one day, ABAP developers do not need to code Excel interfaces anymore 🙂 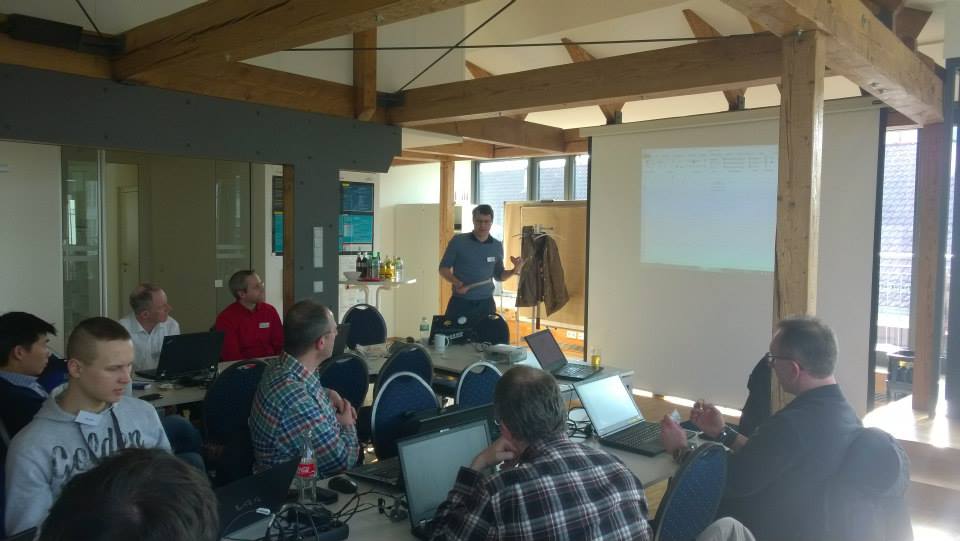 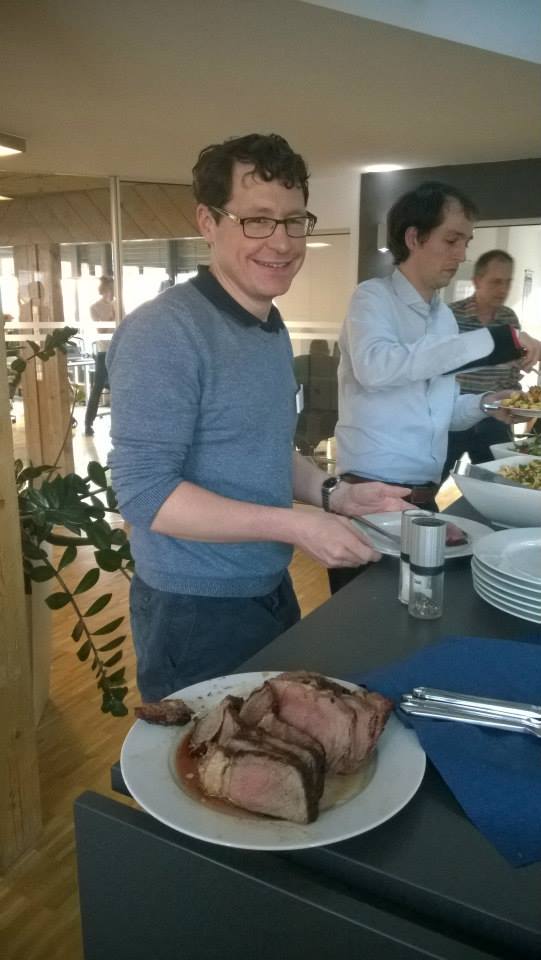