How to find your missing Dimension Formula – SAP Financial Consolidation

Have you experienced a missing dimension formula?

You were in the middle of modifying a dimension formula, and after saving the formula, it magically disappeared and cannot be found in the list? 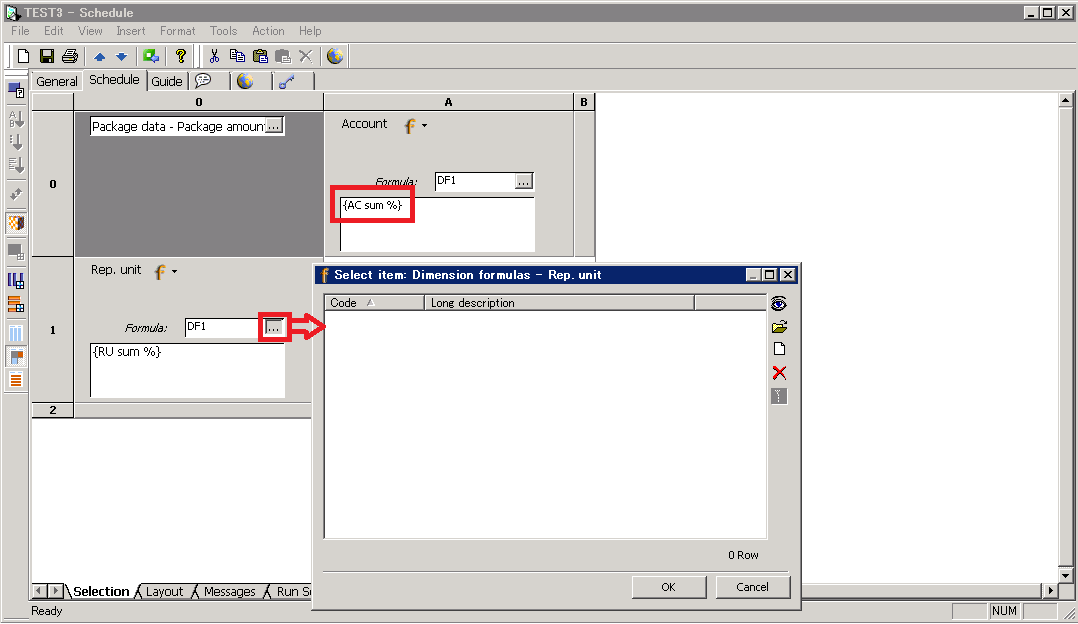 The reason of this behavior is that dimension formulas are managed automatically. The application recognizes the formula and automatically puts it where it belongs. In this example, after changing from {RU sum %} to {AC sum %}, it becomes a formula for Accounts so it doesn’t belong in Reporting Units any more.

It’s not that hard to find it when the formula only involves a single dimension. Pick the right one in the report (in this case, Account) and it would show up. But it might be really difficult to find a multi-dimension formula, especially when you don’t remember your last modification.  You’ll need to select Account and Flow and Audit ID, exactly all three of them to see the formula DF2 which is defined as {AC sum % ; FL = F00 ; AU sum %} 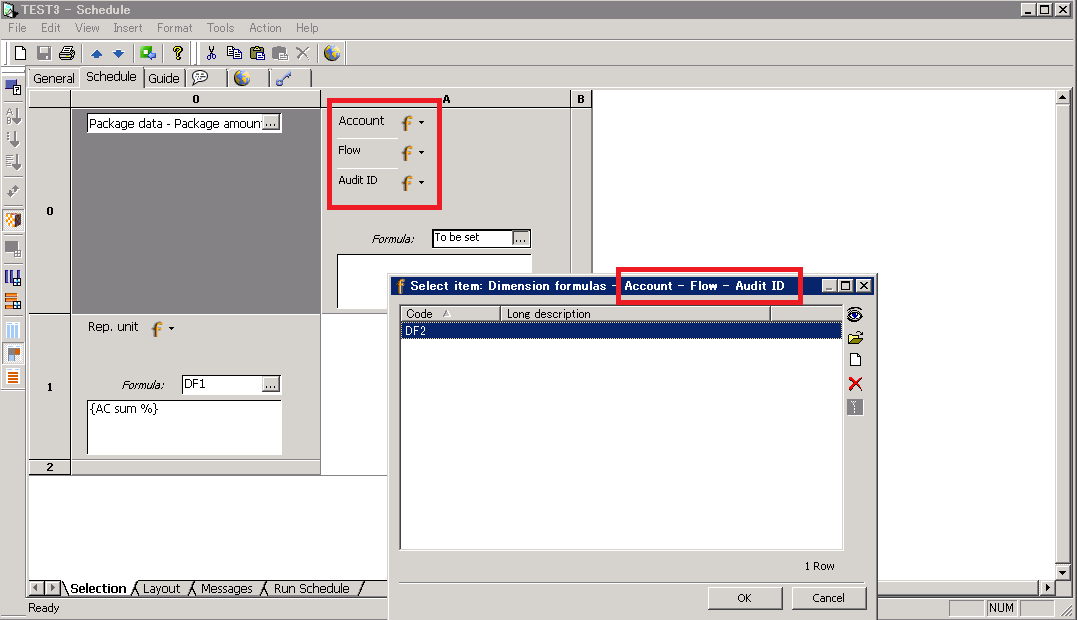 So if you only remember the Code of the formula (DF2), but don’t remember the content, you’ll have a very small chance of recovering it in the UI. And you won’t be able to ignore it and create it again in the same Code (DF2), because it still does exist.

And unfortunately, there currently isn’t a function in place to help you manage the dimension formulas all at once so that you’ll at least be able to find it by Code. Personally I think it would be a nice enhancement to the product.
Don’t worry, there is kind of a plan B, but you’ll need access to the database.
Check the table ct_doc_formula and look for the formula with the Code.

Delete this row.
Now you can create a new dimension formula with the same Code. Try to remember what you did before saving it this time 🙂