How and When SUGMENA, SAP User Group, Middle East & North Africa, was Founded?, 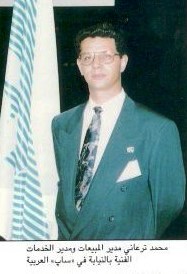 In 1996, the total number of SAP customers, “Installed Base” in the Middle Eats was 23. Being SAP Sales Manager, and Acting Professional Services Manager at the time, we needed to develop an effective approach to better engage with SAP customer, to drive customer’s success and SAP’s  growth. The decision was made to found SAP User Group in the Middle East. We spent couple of moths meeting with customers and selling them on the idea of founding this group. Our effort were culminated in having our first meeting in Dec. 1996, in Bahrain. The group’s president was elected, – Majed Mutairi,-, was the IT manager of Sharq, one of SABIC subsidiaries. Several  technical / business committees were established, i.e. one for HR, one for MM, one for PM .. etc. and those committees became the best vehicle to engage most effectively with SAP customers, and to drive customer’s success and SAP’s growth.

The  SUGMENA has been having its annual meeting every year, ever since it was founded in 1996, it evolved and reinvented itself to become one of the most successful professional user group in the Middle east, the name became SUGMENA “SAP User Group, Middle East and North Africa”. in 1997, I left SAP, joined Compaq at the time, and continued to be associated with the group throughout the years.
I should say that it gives me a sense of pride every time I attend this group’s event, as the group was the brainchild of the team I was working with at the time, Yasser Refaat, Omar Aisddique, Omar AlOmar, Ayman Maher, Marwan Ergesoos, and others. Customer’s enthusiasm and support for the idea was the corner stone for making it a reality.
SUG MENA – SAP USERS GROUP MIDDLE EAST &amp;amp; NORTH AFRICA&lt;/title&gt; &lt;meta name=&quot;keywords&quot; content=&…
Alerting is not available for unauthorized users