“Kenyans love new things, especially technology,” says Robert Toroitich, Head of ICT for Standard Group, a Kenya media conglomerate using all channels from billboards to TV to broadcast everything the population needs to know day in and day out. We met recently at the SAP Africa Forum in Nairobi. 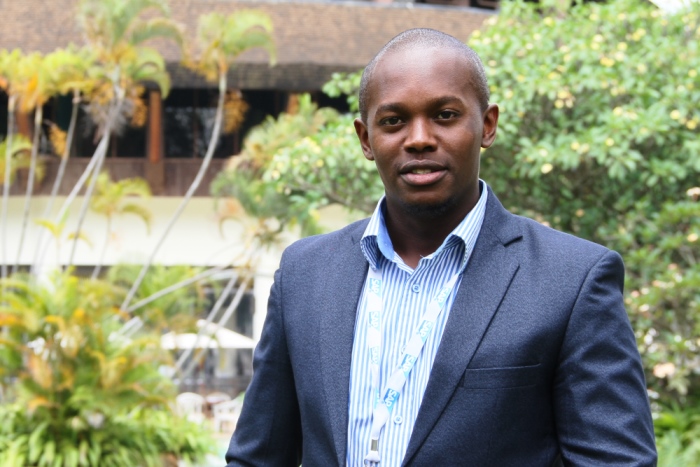 The Standard, the company’s flagship daily print publication, is over 100 years old. “We already knew everything about traditional publishing, and we knew the future is online, so three years ago we decided to make a radical move and introduce online TV. Kenya has made significant progress in internet connectivity with 3G all over the country, so it was the right move at the right time. Now people can watch TV any time, anywhere. It is hugely popular,” says Robert.

No one else had the mojo to take such a step back then. And the journey was not easy. One of the big hurdles was connecting disparate systems so that an  advertisement could be booked in one system and billed in another. Customers want to pay with M-Pesa, Kenya’s popular mobile money transfer service. Some of those issues are being addressed with SAP’s solution for the media and the entertainment industry, which was another bold, courageous move for Standard, the first company to implement it in the region.

Young Kenyans are innovative, tech savvy and very active on social media. Standard Group has specialized products for their younger audience such as The Nairobian, a weekly magazine that’s very hip, gossipy and has a strong online presence. But Robert doesn’t see young people only as consumers.

“ We are in the heart of Africa’s new Silicon Valley. We worked with hot startup developers to create a completely new design and modern technology for our online product. Whereas the older generation considers themselves as Kenyans, our young people are globally connected and see themselves as citizens of the world,” says Robert. “Maybe our excellence in technology will help the rest of the world see Africans as world citizens as well. “

Minding the gap is everyone’s job!

But there is work to be done. According to the SAP/Endeavor youth study titled The Critical 5 Percent, Kenya needs to create 3.9 million jobs for young people by 2020. More than 1.5 million people in the country are unemployed, over a third of them under the age of 24, and 3.5 million young adults will enter the job market by 2020.

Equally alarming, when they do enter the job market, they soon discover that there is a huge gap between what they learned in school and the skills that are required in today’s fast paced business world. Unfortunately, not many companies are willing to hire inexperienced youth because they need a lot of training and guidance.

“Filling this gap is not just an opportunity, but a responsibility for corporations that are concerned with building the workforce of the future. We can’t depend on the government to solve all the problems. That’s why we implemented SAP Skills for Africa, a program that provides SAP certification for underprivileged youth and places them in jobs within our ecosystem,” says Andrew Waititu, MD of SAP East Africa.

Antony Gatuke (pictured), a graduate of the program, says he already knew as a child that he had raw talent in maths, but he needed a roadmap for his future career.

“In high school, I thought the key to business was accounting, so that’s what I studied. Later I found out that businesses run on enterprise management systems, and that if I wanted to enter that world, I would need a whole new skill set.” Today Antony works as consultant for Indra on SAP project implementations. “The Skills for Africa program completely changed my life.”

Stay tuned for the next blog in this series about innnovation, entrepreneurship and business in Africa