The entire process involves a combination of IMG activity and creation of function modules. 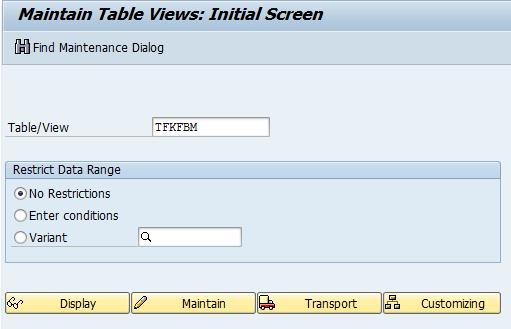 Create two new entries in the above table. These entries are known as events; hence in other words create two new events as shown below. Add the two function modules created in previous step in this table for the corresponding event. It will look like the below picture.

In this example, I have used the standard ‘Basics’ structure i.e. ‘FKK_MAD_BASICS’.

For the ‘Addons’ structure, you have to create a custom structure that will define the custom screen elements.

Below is an example of such a structure.

Please ensure that the program and screen number remains same as shown in the picture below. 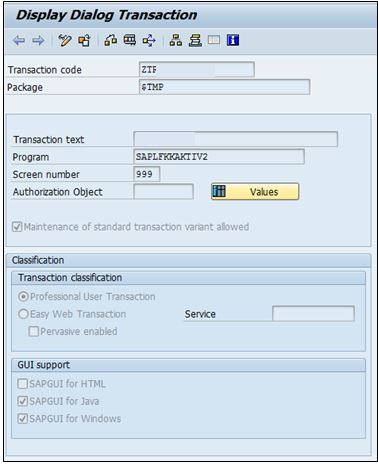 Create a custom sub-screen in the same Function group that was used to create the event function modules. 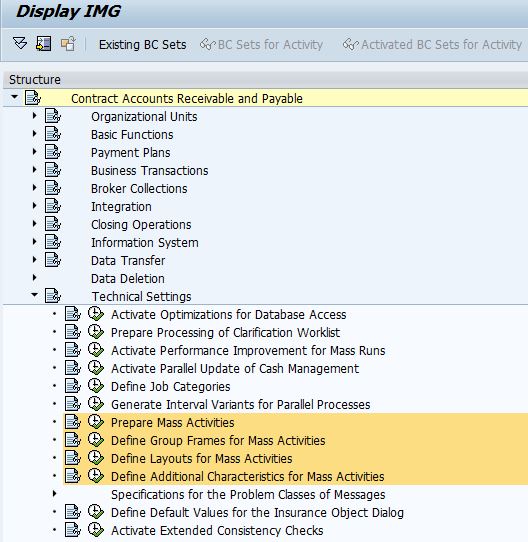 Group frame is a place-holder for the screen layouts to be used in the mass activity. In this document, we will be using a combination of standard group frames and newly created custom group frames.

Select the entry as shown below and then click on Group box on the left.

Create a new group frame. Add the screen program name (function group) and screen number (created earlier) as shown below. This will result into a new custom tab in the final mass activity transaction.

Create entries as shown in the picture 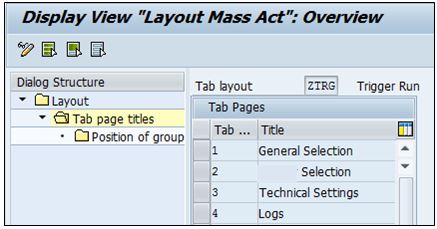 Including Tab 3 and Tab 4 is logically mandatory because those two tabs will facilitate declaring parallel processing object and error handling during the mass activity.

Select on each entry and click on ‘Position of group’ to enter the group frames. Only for Tab 2, you need to include the newly created group frame in the previous step. Below picture will show the various group frames to be included. 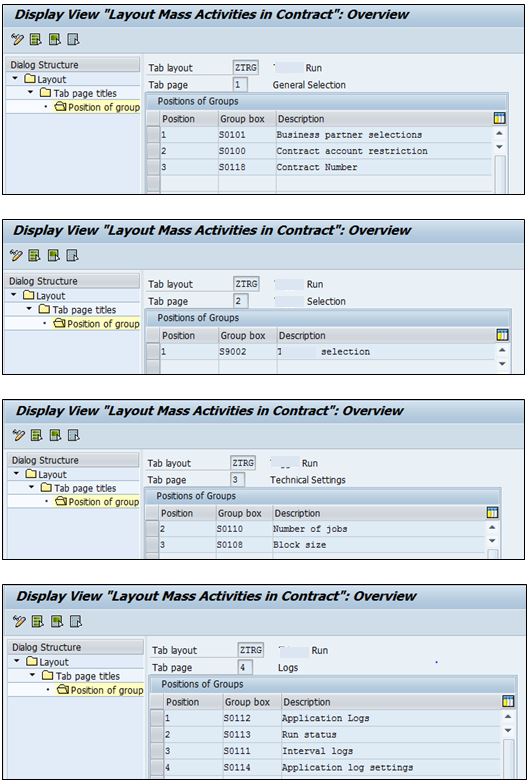 Create a new custom mass activity as shown below.

Select the entry and click on General control and fill the required fields as mentioned below.

Type FICA as the object name 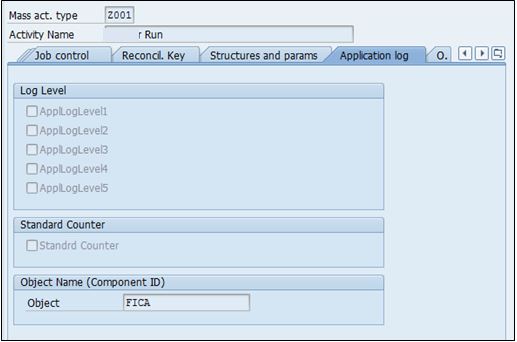 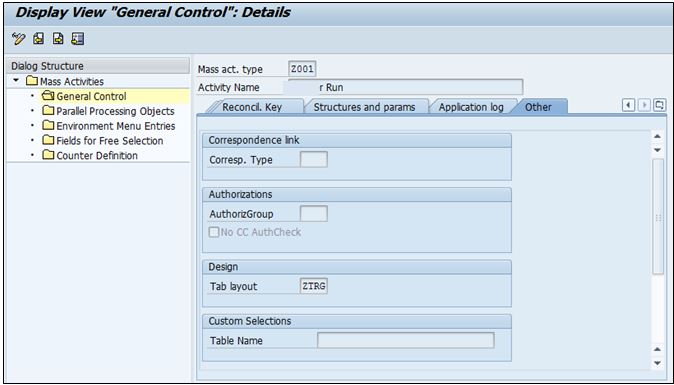 All the activities related to the screens and customizing are now complete, run your mass activity transaction and it should look like the picture below 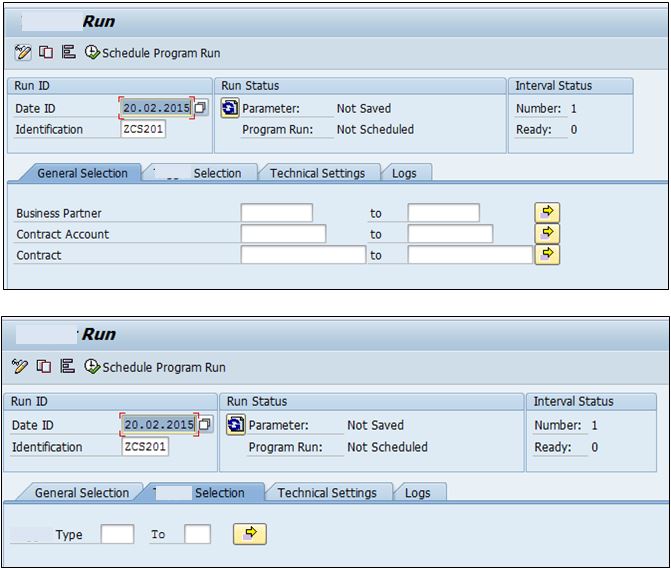 The core program behind your new mass activity will be those two new function modules that you have created in the beginning. You must modify the function module ending with ‘Z001’ to suit your requirement. It is recommendable to use the already existing sub-routines for handling the error messages in the application logs.

You should also add your own code for the custom tab on the screen. The screen programs transfer the data from the screen to those function modules during the mass activity processing.

The other tabs on the screen don’t need much change as they belong to the standard group frames.

Custom mass activities can help you control various database updates to be done at once. Instead of writing longer lines of code inside the exit programs or making multiple database updates during a business process, you can use the mass activity to make a single update for multiple types of data. This provides more control and maintains data accuracy in the critical standard tables.

Great stuff... thanks for sharing, Chandan.