For most of us, traveling to school and back is no big deal. For SAP’s Gustave Sawadogo, however, it was a major undertaking because getting to school meant trekking 14 miles across the West African savanna on a donkey. “I’m still absolutely terrified of snakes,” said this native of Burkina Faso. “One day, while we were taking a break, I heard a rustling in the bushes and turned around to see a huge python coiled up right behind me. I squealed like a pig!” Nevertheless, Gustave considers himself one of the lucky ones: He was one of only five children from his village to attend elementary school.

Alone in the capital

“Once I’d completed my six years at elementary school, I desperately wanted to continue my education,” recalls Gustave. “So, at the age of 13, I set off for the capital city of Ouagadougou – all on my own. I didn’t know a single soul. But I was determined to continue my schooling.” Ouagadougou is about 55 miles from Gustave’s home village of Guibtenga: Even today, that’s a good day’s journey across the savanna. “I didn’t think of myself as brave at the time,” says Gustave. “My desire to go to school was simply huge.”

Once in Ouagadougou, Gustave found a job at the Marché, the city’s central market. “I can clean the shoes, tidy up, and keep watch at night,” was the offer he made to a shoemaker at the market. The principal of the nearby school was no less surprised than the shoemaker when a young boy turned up alone asking to be enrolled at his school. “How are you going to pay your fees?” he inquired. The sum in question was 7,000 CFA francs (less than 10 euros). The next day, his new boss went straight to the school principal himself and paid Gustave’s school fees for the whole year up front. 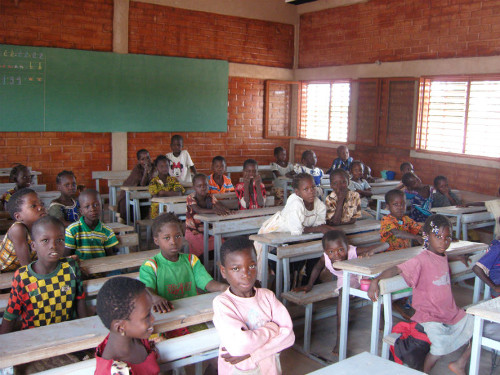 Bricks build schools…but so do mangos

Gustave performed so well academically that he was awarded a scholarship to a boarding school just one year later. This meant his future was secure. Today, he works as a project manager in SAP Language Services and is also on a fellowship with SAP University Alliances, where he is country manager for the Maghreb and the French-speaking African nations. But he has never forgotten the children of Burkina Faso and he remains sure of one thing: “Education is the only way to make things better.” Together with Direkthilfe Burkina, a German relief fund devoted to promoting education for Burkina Faso’s young people, he organizes a major mango-selling campaign every spring. He imports mangos to Germany via a farming cooperative in Burkina Faso and sells them to his friends and co-workers and to his children’s schoolmates.

Direkthilfe Burkina uses the proceeds from the campaign to finance school projects in Burkina Faso. It has already built eight schools, giving almost 12,000 children an opportunity to receive an education. “Our aim is to provide an education for children living within a radius of about 6 miles from each school”, said Gustave. In some cases, it’s simply a matter of repairing a roof to protect the children in northern Burkina Faso’s Sahel zone from the sun, rain, and wind, or installing a solar powered system to provide electricity. 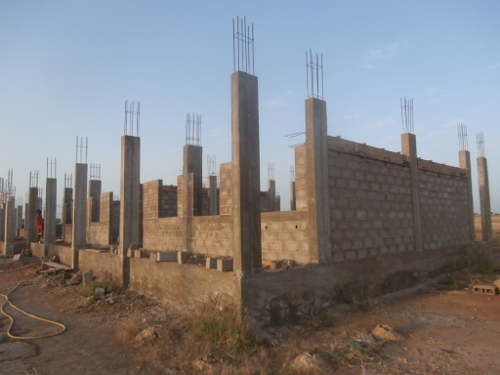 The annual mango-selling campaign involves a great deal of effort and organization. The mangos have to complete their journey from the tree in Burkina Faso to the customer in Germany in just 10 days. Yet the underlying concept is simple: The campaign gives the mango farmers a guaranteed source of income, enabling them to send their own children to school. And the schools benefit directly from the funds raised. “People thrive when they get results,” said Gustave. “Chalking up a success gives you the strength to keep going.”

Of course, setbacks are par for the course. Like last year, when part of the mango delivery rotted due to transportation problems and delays. Nevertheless, Gustave is grateful to all his supporters and is delighted to see their number growing from year to year. His colleagues’ enthusiasm for the campaign gives him the energy and motivation he needs. But what drives Gustave personally is the wish to give something back to his community. “I come from a very large family and I was the only one of us who went to school,” he says.  “In fact, only three children from my village got as far as gaining their university-entrance qualifications.  When I see what I have been able to achieve, I feel a sense of responsibility to my siblings and to my village.”

What other projects would he fund if money were no object?  “If somebody gave me €20,000 tomorrow, I’d buy an ambulance for my village and the neighboring communities,” he says without hesitation. “Where I come from, people die simply because they have no way of traveling 25 miles to the hospital.”

In recognition of his commitment to one of the world’s poorest countries, the government of Burkina Faso awarded Gustave the country’s prestigious Burkina Faso Order of Merit in 2014. And on behalf of all of us at SAP: well done, Gustave! 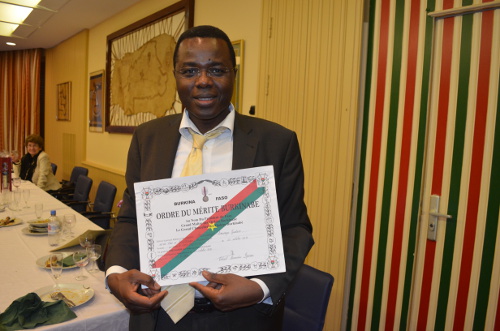 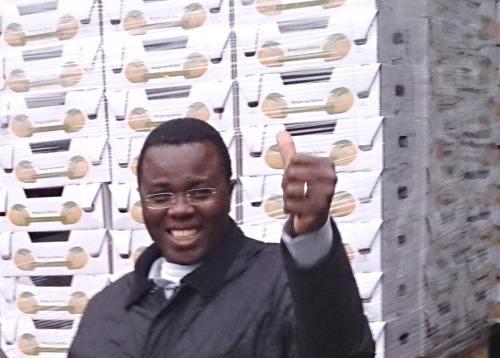