Continuing the Live3 on HCP series the SAP HANA Academy’s Philip Mugglestone details how to configure the authorizations for the web services aspect of the Live3 application. Philip will define application privileges and user roles. Check out Philip’s video below. 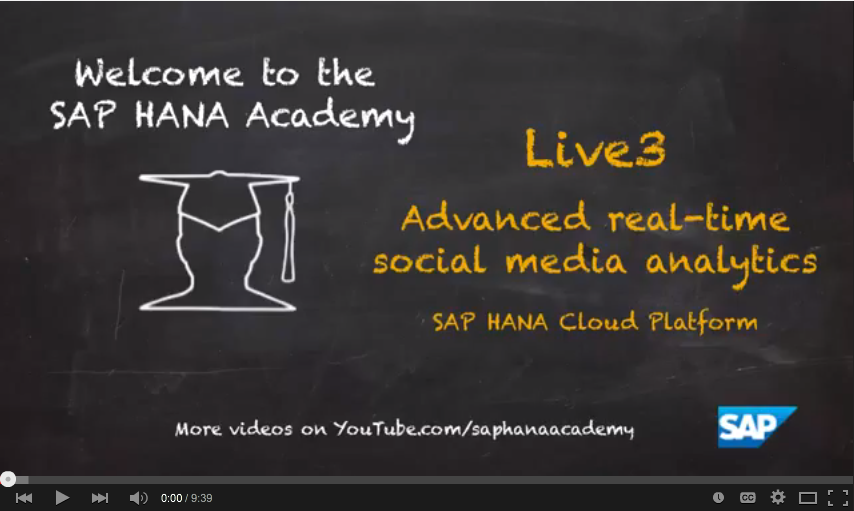 Picking up from the previous video Philip first removes the index.html file from the live3 project in the SAP Web-based Development Workbench. Next he opens the services folder from the Live3 code repository on GitHub and select the user.hdbrole and the .xsprivileges files. Then he drags and drops the files into the Multi-File Drop Zone on the SAP HANA Web-based Development Workbench. This will automatically install and run the files on the server.

The .xsprivileges file gives the privilege to run the application called execute. The user.hdbrole file creates a role that has access to tables and views. The code has failed as currently it’s just boiler plate code with a template account and schema name. So insert your personal trial account name in both places and paste in your schema name into the two marked lines in the code. Hitting the save button will save the role.

Now we will use another specific HCP stored procedure to authorize a user to this HDB role. Open the 06 setupAuthorizations.sql file from the scripts GitHub folder and paste the lines of code into a new SQL console in Eclipse. Make sure you add your p trial account number before executing the call in your SAP HANA system to successfully grant the role.

Follow along with the Live3 on HCP course here.

Is there a way to setup free trial Web IDE to setup/practice these steps?

Yes create a free SAP HANA Cloud Platform Developer Trial account and you can access the Web IDE to practice these steps. The entire Live3 course is free for anyone to follow along with.

Here is a pair of videos on creating your free HCP account: