Bert Laws has been working for SAP for nearly five years as a package owner in the Solutions Enablement and Technology area. “I like being busy”, he admits, which is lucky; alongside his job, he has a family and pursues a variety of hobbies, including fly fishing, photography and golf. He describes himself as pragmatic, analytic and collaborative, three traits that come in handy not only in his professional life, but also in his newest past time: GoBabyGo! 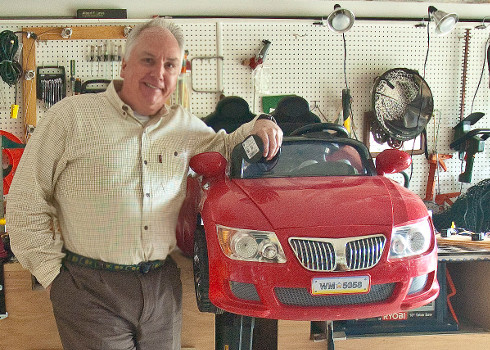 GoBabyGo is a project founded by Dr. Cole Galloway that focuses on how children with mobility issues can move, play and have fun just like any other child. “The same joy and excitement experienced by every dancer, musican, astronaut or athlete can be seen in newly mobile children,” as Dr. Galloway explains it. GoBabyGo modifies switching systems in toy ride-on cars, making them more accessible for children with special needs.This means that they can finally interact and play with other children and discover their own independence through mobility. “What’s not exciting about that?” Bert asks, “It’s easy to be passionate when you’re helping these kids just to go out and be kids.”

For Bert, it all began a year ago after reading about the project online. “I was immediately hooked. It was doing fun stuff that was also technical but with a really simple purpose,” he explained. The GoBabyGo team where he lives consists of a mix of people, ranging from clinicians to academics. Alongside fulfilling an administrative and organizational role, Bert also describes himself as the “tinkerer” of the group. “I do a lot of the design, mechanical and electrical work that goes into our cars. It’s all self.taught – so there is a lot of tinkering.” 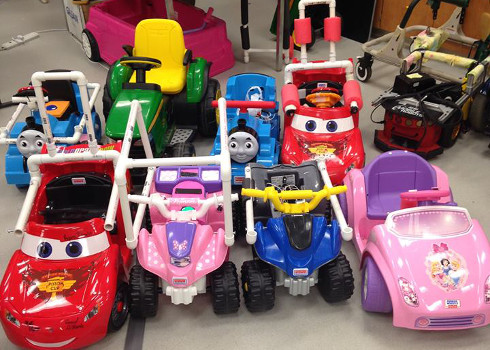 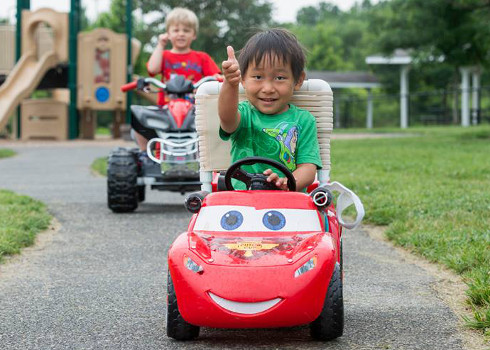 As a self-confessed eternal optimist, he struggles to think of a hardest moment during the project. “You meet kids who are facing extremely long odds and that can weigh on you. But I don’t tend to focus on the negative. I look at the uplifiting side of it all.” And what has been the most uplifting? Recently he spoke to the mother of one of the girls they’d given a car to. Her daughter had a stroke before birth and really lacked interactive skills, but since getting the car “her world turned on.” She fully connected that pressing the button would make the car go and would laugh hysterically, as she chased her cat down the hall.

Another child on the program walks with crutches, but has become king of the playground since he go his electronic car, as he can finally keep up with the other kids. Not only does this help him socially, but his car is also a form of physical therapy, as he must stand on the acceleration button, which helps him strengthen his legs and make him less reliable on his crutches.

Learning to “just do it”

“Making an impact on these kids has definitely been very cool for me. It’s incredibly fulfilling. I wouldn’t trade it for a million dollars,” said Bert. But would he trade it for his full time job? According to Bert, GoBabyGo needs volunteers, not overhead. “Maybe one day after I retire. Although it sounds corny, at the moment I really like making world class solutions. I love being a package owner and a volunteer. There’s a lot of growth opportunity in both places.”

And what has Bert learned from it all? “A lot of people look at what we are doing and fail to make that leap out of their chair and get involved.” What he’s realized is simple: If you see something that needs to be acted on, then just do it. “We waste time over-thinking things and stressing about them, but if you actually just do it, you get paid back tenfold when you see that you are really making a difference. Just get up and do it.”

Talking with Bert, his enthusiasm for GoBabyGo is clear and almost infectious. “People think it’s a lot more work that it really is,” he explains. In fact, for him it’s just fun, a “labor of love”, not a hobby or chore. He can’t describe the exact feeling he has when he sees a kid ride their car for the first time, but for him this isn’t important. What’s important is that the kid is having fun and there is joy on the parents’ faces.