A special Design Thinking Workshop was made for Shanghai Second Polytechnic University(SSPU) in SAP Labs Shanghai on April 23rd. In response to the Industry 4.0 and Internet+ initiative from Chinese central government, SSPU is working on the new talent cultivation model as well as the new curriculum system of their Department of Engineering. Base on the solid relationship with SAP UA, SSPU has chosen SAP as the potential strategic partner in the long run. After the 1st round of exchange in Q1 2015, now the conversation has come to the 2nd phase – identify the solution for mutual benefits and achieving long-term goal of SSPU. The workshop was conducted by SAP DT coaches, and consist of SSPU officials and professors, SAP experts, developers and sales. Workshop was divided into three sections, first one is the introduction, both parties extended their hopes and wishes on the cooperation, Kai from SAP MD office of Labs introduced Industry 4.0 and SAP’s solution on this topic. Both second and third part are braining storming, how to design the industry 4.0 lab for research and teaching and how to do the further collaboration between both parties. The workshop ended by 5:30pm with great outcome, which is highly recognized by SSPU and SAP. The next step is to draft a MoU regarding the cooperation, and determine the offerings to SSPU in the coming few weeks. 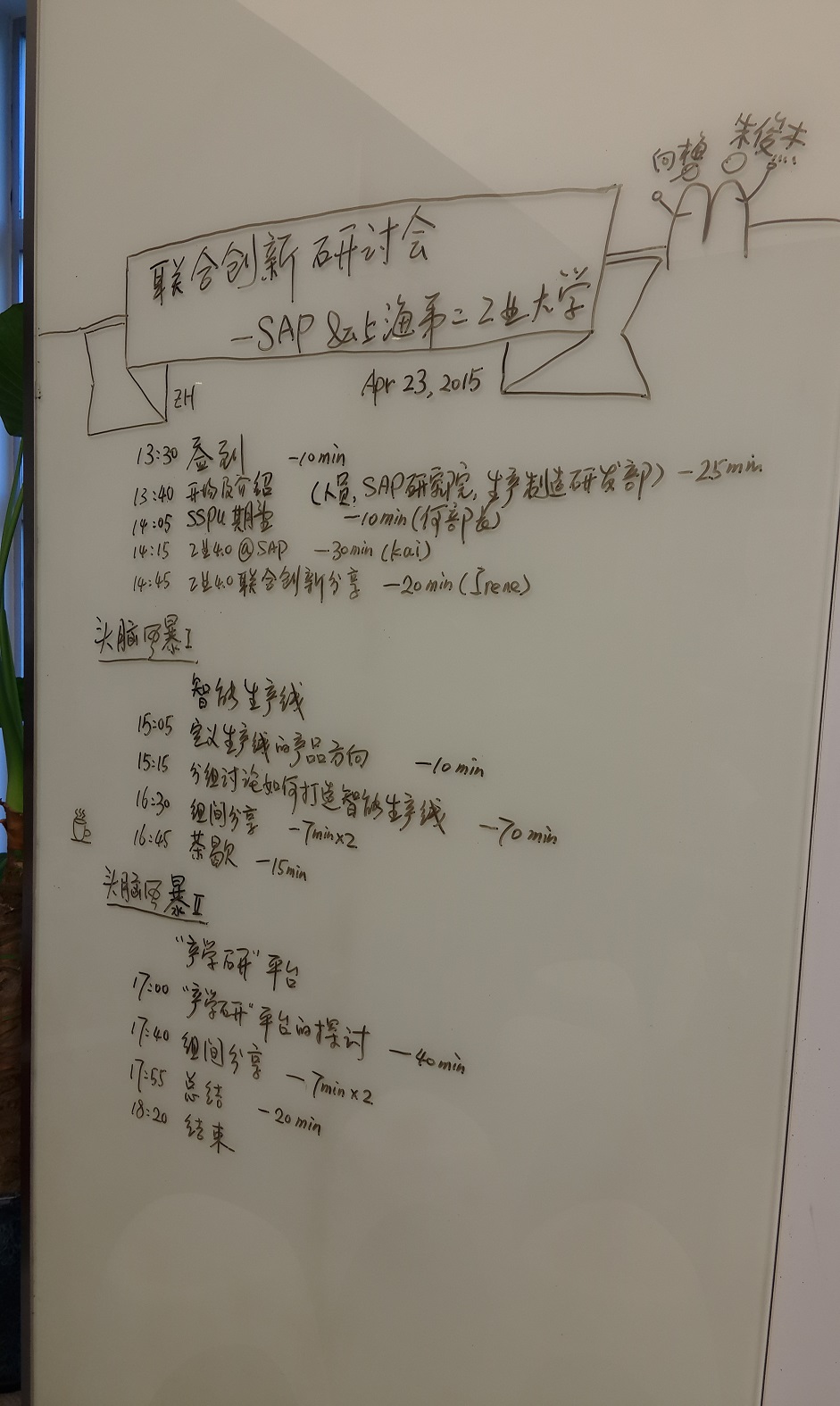 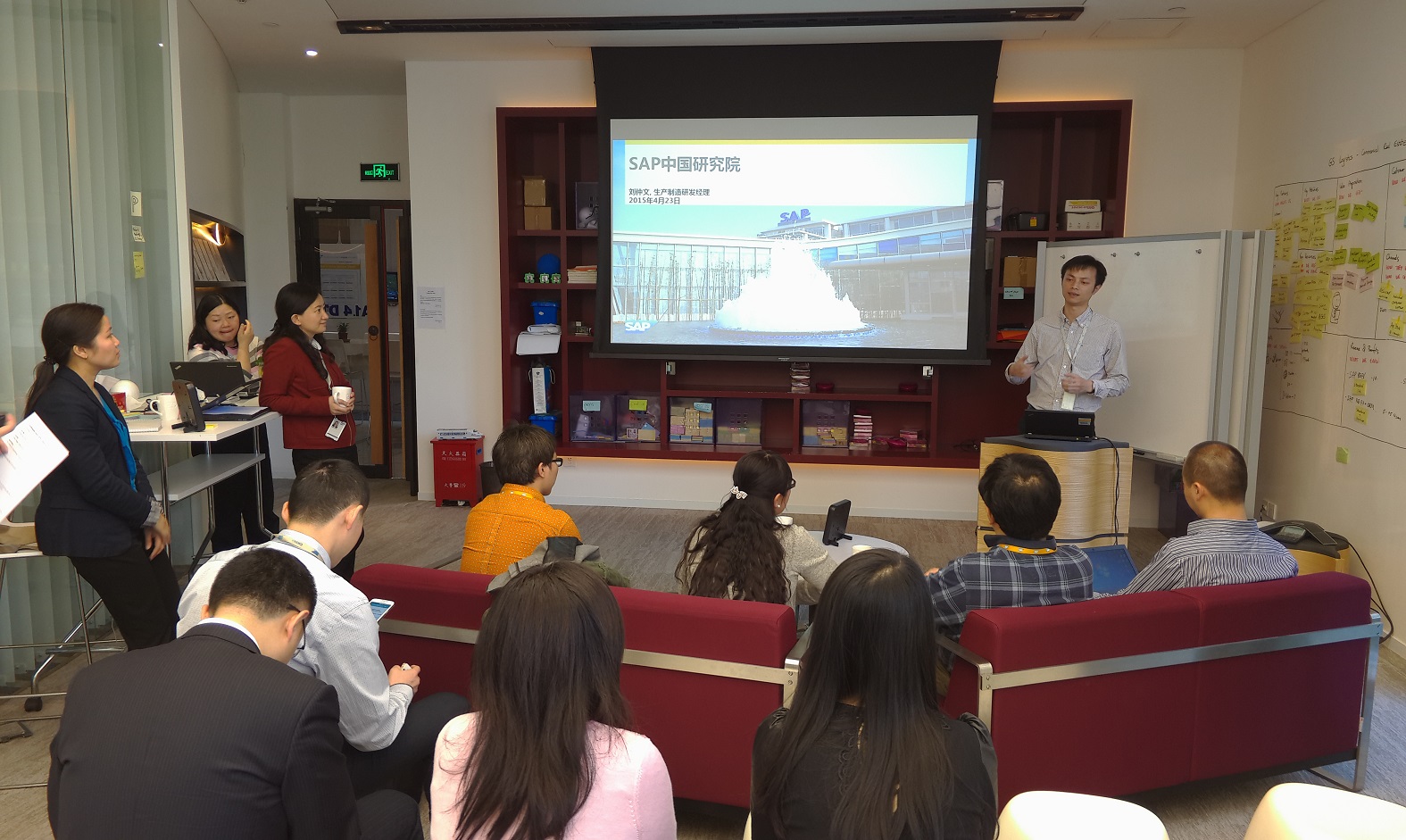 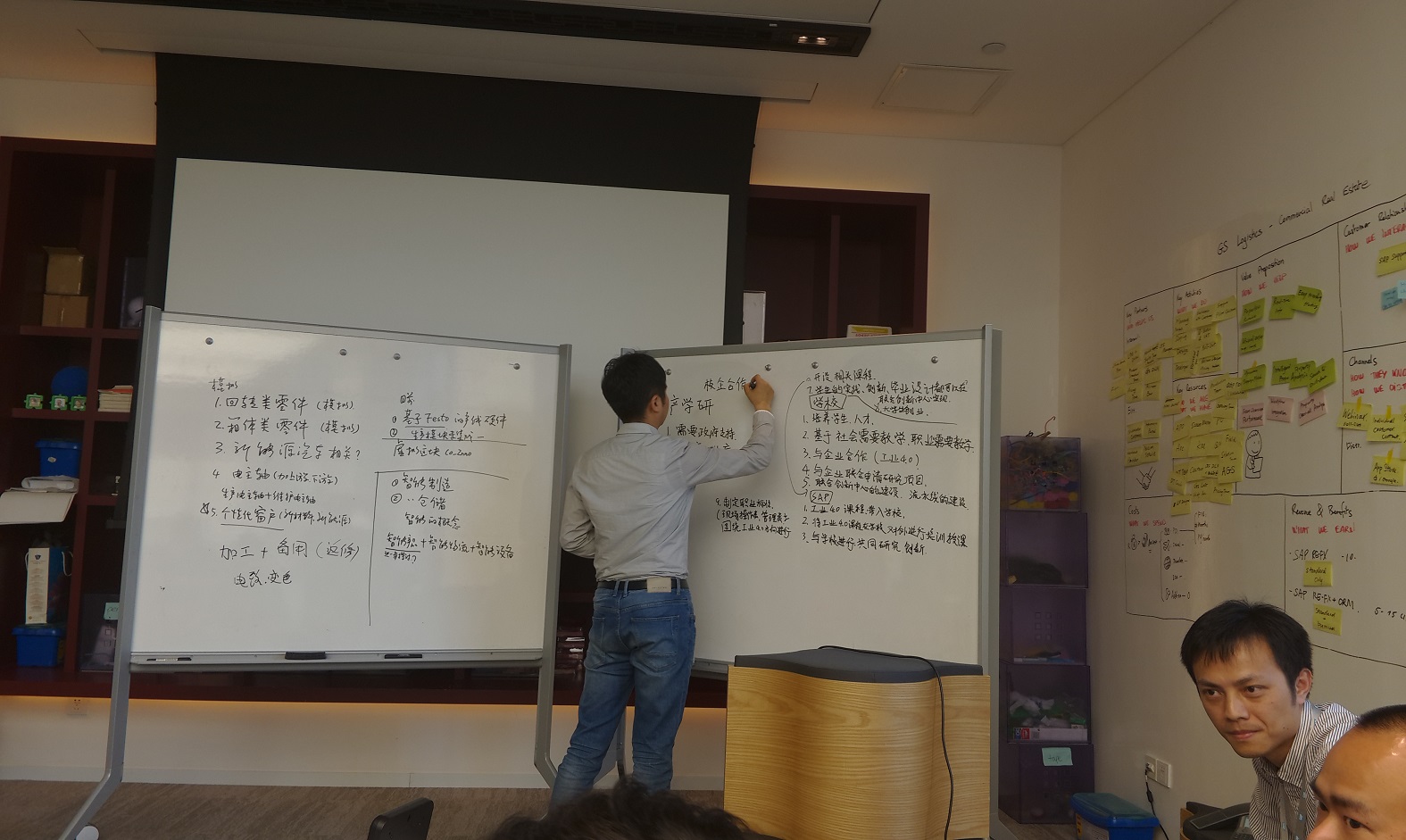