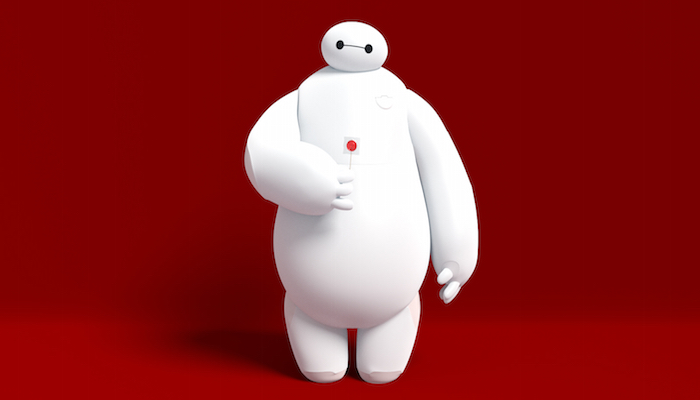 Sarah is at the top of her game. She’s been climbing the ladder at one of the top legal firms in the country.   If all goes according to plan, she will likely make partner in the next 5 years.   She worked hard to get to where she is today.   Working part-time jobs to put herself through law school and using her incredible work ethic and smarts to win the trust of clients and colleagues through clerking and as an associate.

“Won’t lawyers be replaced by computers in the next 10 years?” I say to her.   She rolls her eyes and brushes me off.   “I’m serious.” I said.   “There’s no way a machine can do what I’m doing! Sure robots can eventually replace low-end and repeatable job, but it can never match my education, work experience and relationships with my clients.” responds Sarah.

Is Sarah correct, or should highly skilled and educated professionals like Sarah be worried about their jobs being automated and done by robots and machines?

So far, low- and high-skilled jobs have been less vulnerable to automation.  Low-skilled jobs such as food service, taxi drivers, janitorial, etc. are generally physical jobs that require face-to-face interaction. There’s little doubt that as the cost of technology continues to decrease, robots will be able to fulfill these jobs. As technologies like autonomous cars and drones will eventually become mainstream, companies like Uber have already openly disclosed that their long-term plans are to replace humans with technology. However, until such time, and as evidenced by the surging growth in the gig economy, there is a large supply of humans who are willing to do low-skilled jobs for low wages.

Middle-skilled jobs such as administrative workers and manufacturing workers, among others have been rapidly declining since the 1980s. David Autor, an economist at MIT who is the leading scholar researching this phenomenon, calculates that middle-skill occupations made up 60% of all jobs in 1979. By 2012, this fell to 46%.  Autor calls it “job polarization”, a trend accentuated by the decreasing power of unions and the declining federal minimum wage. Above the rest, he credits the rise of information technology.

Middle-skilled jobs tend to have two factors in common. They are composed of lots of tasks that are both routine and they are geographically portable. These are all tasks that can be written in software—and, once there, machines can do them faster, and cheaper. Even if these jobs cannot be automated, they could be outsourced or moved to locations where wages are lower. As many as 2.6 million such jobs were outsourced in 2013 in the U.S alone.

So back to Sarah and our heated debate.   Should Sarah and highly educated professionals like her be concerned with robots and computers replacing their jobs, or are they completely in the clear? While many economists are quick to brush off this notion, or claim that any job losses will be offset with professional job gains in other sectors, if we take a closer look at what is already happening around us, the writing is already on the wall, or at least there is enough there to warrant keeping an eye on.

In Sarah’s case, in large lawsuits, the discovery process can involve literally millions of documents. This work, traditionally composed of lower-level tasks and typically done by associate lawyers or paralegals, can now be done through software that uses syntactic analysis and keyword recognition to comb through emails, texts, databases, and scanned documents to find those that one party in a lawsuit would be obliged to turn over to the other through the legal discovery process.

It’s also conceivable in the near future that a system loaded with a vast amount of cases and precedents can create drafts of briefs — the sort of research and writing work generally handled by associates in law firms.

“Ok, so some of the more tedious work can be automated. But a machine can never have intuition, emotions or critical thinking to know which legal arguments can win a case” says Sarah.

Researchers at Michigan State University and South Texas College of Law recently constructed a statistical model that was able to predict the outcome of almost 71 percent of U.S. Supreme Court cases. The model knows which arguments are most likely to win a case through assessing and scoring past court rulings and even considering the idiosyncrasies of a judge.   That 71% accuracy! Not bad, right? In reality, we are not at the point yet where artificial intelligence presents any threat to the decision-making, judgment and intuition that Sarah brings to the table. Where we may see impact is a reduction in the number of associates hired, where the work needed to turn the legal cogs can be automated.

What about healthcare professionals?   If you’ve seen Disney’s latest animated hit Big Hero 6, you likely remember Baymax, a personal healthcare robot whose job is to care for a patient. Is Baymax too sci-fi? Actually, the idea for the Baymax character came from a professor at the Robotics Institute and Human-Computer Interaction Institute at Carnegie Mellon University, Chris Atkeson. Disney was intrigued by this type of robot and adopted it because Baymax has more of a warm, caring appearance in comparison to other options. In a recent interview Atkeson stated that he doesn’t think this sort of technology (personal health care robots) is too far off.  In fact, here’s a working concept of an inflatable robotic arm.

What about jobs in finance? Investment advisers? In a recent interview, Brian Moynihan, CEO of Bank of America, brushed off “Robo advisers”, saying most of the upstarts that leverage them are going after investors who aren’t rich enough for the bank to worry about.   In that case, how does one explain the meteoric growth of assets under management by companies like Wealthfront and Betterment, who are now managing a combined $3.5B in assets.

While this amount is barely a blip compared to the Bank of America and other giants in this space are managing, these upstarts with a mere fraction of the resources of the giants have accomplished this growth in under 3 years and only stand to accelerate as they target young high earners.   Can machines make better investment decisions? Hong Kong-based venture capital firm Deep Knowledge Ventures thought so. They’ve named an artificial intelligence program to its board of directors with equal voting right to other board members.

Predictive systems, big data, and computing power combine to provide an advanced tool for analyzing and predicting the behavior of investments. With no practical limit to the amount of company and industry data that can be considered, some financial professionals will find it difficult to keep up. Of course, wealth and investment managers will argue that their business is still very much based on relationships, and that is indeed true, but nonetheless, they will have to figure out what their value add is going to be, especially as wealth creation is starting to stem from young high earners who represent future customers, but don’t have complex investment needs.

How about cutting-edge, high tech jobs? Are those safe? Silicon Valley expert and author of The Lights in the Tunnel: Automation, Accelerating Technology and the Economy of the Future, Martin Ford outlines: “Working in a cutting-edge field won’t necessarily protect you, either. “New industries that rely on a lot of technology will be more—not less—likely to automate or use labor-saving technology”.

In this decade, we’ll see more machines enter into areas of the economy that just a few years ago seemed far-fetched. They’ll be diagnosing our diseases, help us shop or bank, dispense our medicine and maybe even handle our lawsuits.

While this post isn’t meant as an alarmist view and Sarah will very likely still make Partner and continue to be a successful lawyer, the onus falls back on us to (at the very least) be aware of the trends and look for ways to future-proof our skill set. Does this mean that no professional job is safe? Likely not.   There are abilities such as creativity, social intelligence and intuition that are unique to humans and will be difficult to replicate.   However, in hindsight, those are not the skills we actively foster and appreciate in most of today’s organizations.

As Nils Bohr famously said: “Prediction is very difficult, especially if it’s about the future.”, it remains to be seen just how much the rapid proliferation of technology will impact our lives and jobs.   However, if you find yourself reflecting on this over the next few days, take a good moment to observe and notice how technology has already changed lives in the past decade.   Is it one of those things we just brush off and not worry about, or perhaps there’s more to it.