What Does it Take to Build a Boat So Big it Has its Own Zip Code?

There’s no doubt about it, a United States Navy aircraft carrier is one big boat.

These ships are so large they carry their own zip code. 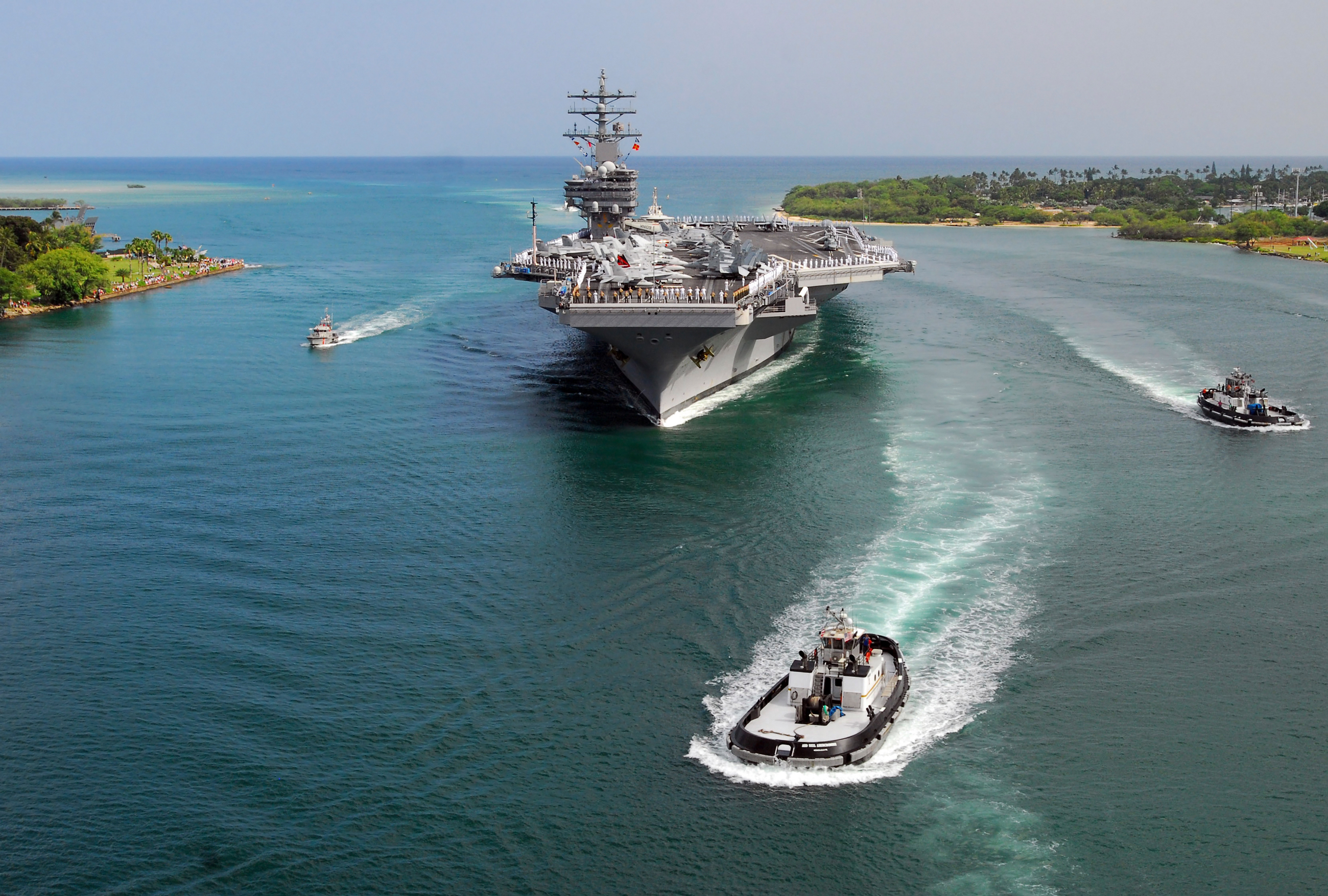 There are 10 aircraft carriers in the United States’ current Nimitz-class, and every one of them was built by Virginia’s Newport News Shipbuilding (NNS) – a division of Huntington Ingalls Industries.

Building one of these mighty ships is a massive undertaking. But according to Chris Miner, NNS’s vice president of in-service aircraft carriers, it’s a job that NNS succeeds at by, “bringing technology and craftsmanship together.”

Speaking this March at the SAP North America Aerospace and Defense Innovations Days event in Norfolk, Miner described how this ageless combination is now coming together to produce America’s next generation of aircraft carriers.

Tomorrow’s Technology and a New Class of Carrier

NNS shipbuilders are currently finishing up the USS Gerald R. Ford – the first ship in the planned Ford-class of carriers. The Ford is scheduled to be delivered to the Navy in 2016, and as Miner told the attendees of the three-day industry event, she will be, “jam packed with new technology and innovations.”

For example, this latest carrier will feature a completely redesigned electromagnetic aircraft launching system (EMALS), a reverse osmosis distilling unit for creating clean water, and dual-band radar panels that have no moving parts. There’s even a plasma arc waste disposal system that uses extreme heat to vaporize much of the solid waste generated on board the ship.

A Tradition of Craftsmanship

But the onboard technology is only part of what goes into building one of these floating cities.

NNS employs more than 23,000 people – many of whom are third or fourth generation shipbuilders. And while shipbuilding may be thousands of years old, NNS continues to refine the craft.

Back in the 1950s, NNS planned its projects using paper and physical drawing boards. Then ships were put together largely with rivets. Today, NNS craftsmen use advancements such as laser scanning, modular construction, and robotic welding to greatly improve the speed and quality of production.

“The Ford is being put together in about 1,200 structural units,” explained Miner, “and we will lay down 4 million pounds of weld metal.”

NNS has been retooling its business operations and information systems over the years too. “In 1998, we transitioned all our business systems over to SAP software,” Miner said. “This included financials, materials, maintenance, and quality systems.” And these days, 3-D product models allow NNS mechanics to better visualize different aspects of the ship during construction.

“Now we’ve got to bring that information and data down to the deck plates where the craftsmen really need it,” Miner said.

The Results of a Powerful Pairing

In many respects, NNS’s innovative approach to shipbuilding is producing an aircraft carrier with less complexity than its predecessors.

The Ford, for example, will be the first aircraft carrier with all-electric utilities. This eliminates the steam service lines that were used in the catapults that launch the aircraft. With these types of upgrades, the new carrier is designed to operate effectively with nearly 700 fewer crew members than the previous Nimitz-class ships. Furthermore, each carrier in the Ford-class is expected to save more than US$4 billion in total ownership costs during its 50-year service life.

So which half of the equation is more important to building a modern aircraft carrier – technology or craftsmanship?

Newport News Shipbuilding is committed to outfitting tomorrow’s carriers with the best technology available. And the men and women who build the boats still subscribe to the motto established more than 125 years ago by the company’s founder, Collis P. Huntington: “We shall build good ships here, at a profit if we can, at a loss if we must, but always good ships.”