Hamster The Wombat or Are You Going to Melbourne? 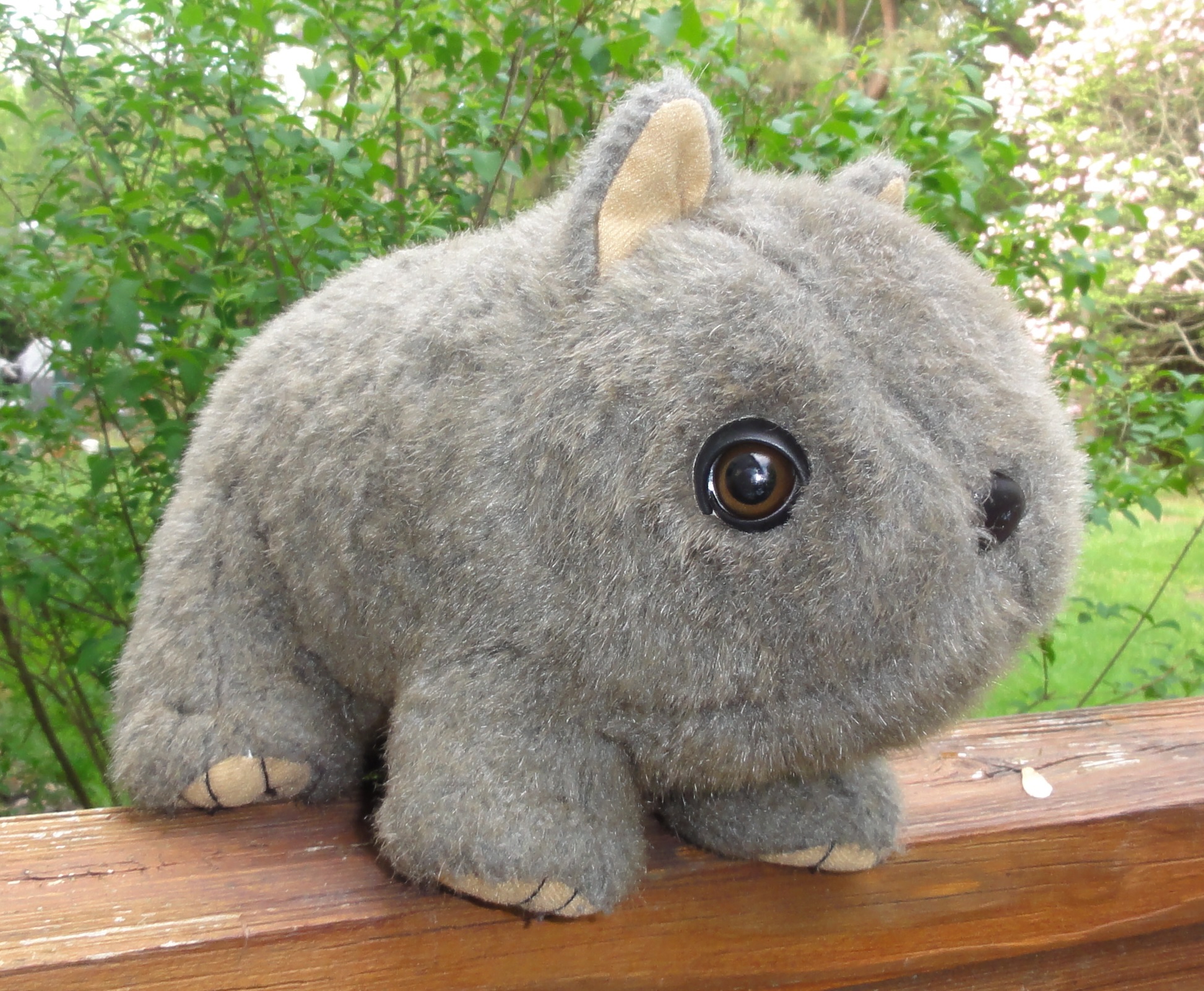 The blog you’re about to enjoy is actually almost one year old. I wrote most of it after the trip to the Mastering SAP Technologies 2014 conference in Australia where I had privilege to be a speaker. There have been different opinions on what a decent ‘event blog’ should look like and it seemed not everyone enjoyed fashion analysis of the attendee wardrobes or the conference food reviews. Fair enough. But the fact that for me the memories from that event are just as vivid today as they were last year speaks for itself. So after a quick sprucing up I present to you a totally unapologetic account of my experience as well as some tips for this year’s attendees and speakers.

For the easy consumption I’ve broken the blog into sections and oh, if you’re wondering what’s the deal with the title then just scroll to the very bottom.

Tips for the International Travelers

On Sunday afternoon there was a quick orientation for the speakers. As an “ice breaking”, “team building”, etc. effort everyone was asked to answer few questions about themselves. One of the questions was ‘Your favorite song?’ (or rather ‘favoUrite’). This is where most people suddenly start to feel the pressure to show encyclopedic knowledge of the music industry. No one ever confesses they rock out to Britney Spears. No siree. Instead pretty much everyone gets up with a serious face, clears throat and says something epic like “my favorite song of all times is ‘Broken Light Bulb’ by The Neon Hot Pants”, then triumphantly glances over the room to gauge the effect. And everyone just nods, like yeah, totally dig that too. Well, my favorite song actually is Lady Gaga’s “Poker Face” and if we learned anything from her it is to be proud of our choices no matter what everyone else thinks.

But wait, the story doesn’t end here. Next day when I’m getting ready for my presentation guess what song starts to play? Ding-ding-ding – “Poker Face”! Not sure if it was just a coincidence or a nice surprise planned by the organizers (in which case – thank you!), but the lesson is – you have a better chance hearing your actual favorite song when you are not pretending.

Since this is an SAP-themed gathering one might feel a natural urge to compare it to the other SAP events, such as user group meetings, TechEd, SAPPHIRE, etc. But in reality this would be like comparing TechEd to a holiday dinner at your aunt’s house. It would be gross misrepresentation to think of Mastering SAP Technologies as some kind of “mini-TechEd for our little Australian friends out in the boonies”. Yes, there are sessions where people talk about SAP and there are vendors and food, but that’s where the similarities pretty much end.

The important thing to note is since the event is not organized by SAP AG it is definitely not a “sales” event. Yes, there is “Ed” in TechEd but let’s face it – the education SAP is really-really interested in is the one that can help them to sell you more stuff. And there is nothing wrong with that per se – business is business.

But in the case of Mastering SAP Technologies the organizers are not trying to sell you anything other than a ticket to the event. It’s in their interests to have satisfied attendees, so that you’d come again to visit next year. And last year the organizers went out of their way to make all the participants happy, welcome and part of the experience. Even the SAP executives delivering well-rehearsed official presentations somehow seemed more laid back in Melbourne.

Here are some specific items the organizers got right and I hope will continue at this year’s event:

Bottom line is at Mastering SAP Technologies you are the essential part of the event. Whether you go there to network, to share your experience and pain, to learn from experts and colleagues, you won’t be disappointed. This is the true community gathering, long corporatey key notes just don’t belong here.

Back home I’m greeted enthusiastically by my 5 year old son Alex who is excited to see the new toys. Much to my surprise, he immediately pushes aside the cute-as-a-button stuffed koala and instead reaches for rather unremarkable looking wombat toy. “Hamster!!!”, – shouts the kid. We correct him that it’s a wombat but this information leaves him completely unphased. “His name is Hamster!” – declares Alex and runs to introduce Hamster to other toys. At the end the oh-so-commercial koala went to live at our friends’ house, but Hamster The Wombat became the beloved companion.

Come to think of it, in a similar way Mastering SAP Technologies might lack the brand recognition of the koalas, err… TechEds and SAPPHIREs, but it’s homey, cute in its own way and, ultimately, the one that stays with you for a long time.

So – is there a wombat in your future? 😉

P.S. Other blogs about the past Mastering SAP Technologies events on SCN:

Reflections on an SAP Event in the Land Up Over

The Evolution of a Community:  10 Years of SAP Tech Research Down Under

Disclosure: my trip and attendance to Mastering SAP Technologies were paid for by the organizers.

Well worth waiting for - I was at Mastering BI in Melbourne in 2012 and I had a wonderful time.  I still miss the white candy nougat in the Melbourne market across the street.  Everyone was super friendly.

Kudos to the organizers and the Australian Eventful team who make it a "community" and not a conference.

Thanks, Tammy! Why didn't you tell me about the candy? Now I'll have to go back to find out! Or perhaps Paul Hawking or Chris Paine could bring some to SAPPHIRE, eh? 😉

Let's also see if Graham Robinson will bring back candy!!

Thanks for the write up Jelena. Having you come to Australia for Mastering SAP Technologies last year was one of the highlights of 2014 for me.

It would be remiss of me if I didn't mention that this years' Mastering SAP Technologies takes place on 24-27th May 2015 and, most importantly, SAP Inside Track Melbourne happens on 24th May 2015.

It was a pleasure meeting and talking with you last year, and just wanted to say that people like you are part of the reason I enjoy the Mastering SAP Technologies events

Great write up Jelena in your usual witty style 🙂

I'm finally going to Mastering SAP Technologies this year. It looks like such a great event that I'm willing to put my own cash in for the ticket. If only I'd realised the importance of these events a year ago we may have met in person

Can't wait to experience it for myself !!!

P.s. I'm sort of living in Melbourne now and am a block from Vic Markets. Happy to send some candies your way (and Tammy's)

This blog post is typical Jelena. Funny without trying to hard to be fun. Informative.Useful. Makes you want to read to the end, and when you get there, you want more.

Thanks for writing this, and too bad you are not coming this year. On the other hand and great to see that the Eventful Group team is "rotating" the International Stars they bring down under, so looking forward to meeting Steve Rumsby for the first time 🙂

The favourite songs were no co-incidence.... it is little things like that which make the Mastering SAP Technologies the wonderful experience it is. I have been to SAPPHIRE and TECHED before, and though the USA can naturally do things much bigger than Australia, I think Australia is punching well above it's weight when it comes to SAP conferences....

Thanks, everyone, for your kind comments. I agree - the organizers have a good "rotation" of international speakers, although also sad my path didn't cross with many  "SCN friends". 🙂