The Second Big Bang About To Hit Banking?

When we hear the word “mobile” most of us think of our phones. The term has actually been applied to all sorts of innovations throughout the centuries, most notably with papyrus, when the written word became, well… portable. When words moved from being chiseled onto stone to being written onto paper, the whole world changed – human thought processes revolutionised and spread faster and wider than ever before.  That’s because throughout human history when something that was once physically fixed became mobile, a cultural shift typically accompanied the transformation. The portability of music and fast food has triggered similar cultural shifts in society.

Now think of the word “mobile” again, but in today’s context of your phone. There are now more mobile phones on the planet than human beings. (7.1 billion people vs 7.3 billion mobiles to be more precise). Mobile devices are central to our interactions with each other and with just about every aspect of our modern lives – including our banks. You could say that the big cultural transformation is about to hit banking. 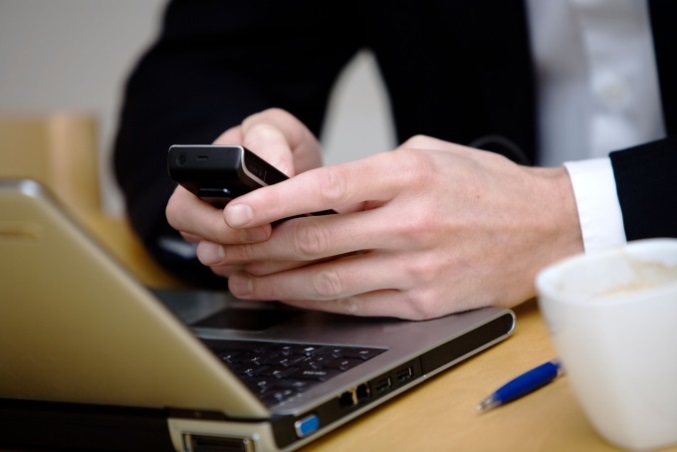 The problem for banks is that customers are not uniform in their banking preferences. Many consumers are digital migrants of varying degrees – admittedly my generation and older – who want the convenience of a mobile channel, but still appreciate the bricks and mortar stability of a branch, and want branches or ATMs for deposits and withdrawals. In contrast, the ‘screenagers’ of today who are digital natives and the banking industry’s customers of tomorrow, have a completely different set of expectations and preferences. Talk about a cultural shift!

Regardless of demographics, the multiplicity of channels persists because no single channel is a perfect substitute for another. This means banks must develop an “omnichannel” strategy that also lets them adapt accordingly over time.

According to a 2014 consumer and executive survey by The Economist Intelligence Unit (EIU), commissioned by SAP, only fifteen per cent of banks say that all of their channels are currently integrated. However, by 2019, three out of four banks expect to have achieved full integration.

Why is this important? Because increasingly your customers rightly expect to be able to do whatever they need to do on whatever device they happen to be using at any given time – including their mobile. In fact, sixty nine per cent of consumers expect banks to offer the same ease of use as large internet companies.  Now, at first glance, catering to the new omnichannel world may seem like just another digital headache. But look again at the bigger picture – at the cultural transformation if you will – and you’ll see that mobile offers huge value and potential new opportunities for banks globally, not just customers.

Banks in Asia-Pacific are currently the furthest ahead in offering the basics – mobile access and management of accounts, information about products and alerts, transfers and payments.  Banks in the Middle and Eastern Europe are furthest behind in this regard. But five years from now, the emphasis will shift away from these basic functions to more advanced features, such as spending analyses and wealth management and personalised offers, again with Asia Pacific in the lead and Middle and Eastern Europe lagging.

It’s a smart strategy. According to the EIU survey, large numbers of consumers want help from their banks in managing, spending, earning, saving and investing their money.  That’s why forward thinking banks are realising the value of offering more personalised advice that opens the doors to deeper and more lucrative customer relationships through innovative services – mobile or otherwise.

I think mobile offers a powerful means to capitalise on the way technology is transforming our day to day lives and you may not be aware of it, but banking is in the midst of a cultural transformation.  In the same way technology-driven innovation disrupted the retail and publishing industries through digitisation, we will see a similar disruption in banking over the next five years. Few things, after all, are digitised more easily than money.

I originally posted this blog on Finextra.