Russian Around the SAP Forum Moscow

Even in times of uncertainty, businesses manage to innovate and thrive. In fact, they display a real yearning to soar as high as they can with a minimum of impediments. The SAP Forum event held on April 9 in Moscow was a testament to the power of local insights applied to a complex business environment. This event was no flight of fancy; it was grounded in the reality of SAP solutions like SAP S/4HANA.

It’s just not an SAP event if it doesn’t have a catchy theme, is it? “Run simple” was woven into the very fabric of the event, from keynotes to plenary sessions to the numerous discussions held with customers and partners. Taglines aside, this year’s SAP Forum in Moscow outdid itself with an arrestingly visual theme centered on aviation – an apt metaphor for speed and agility, and a sure-fire tie-in to S/4HANA. 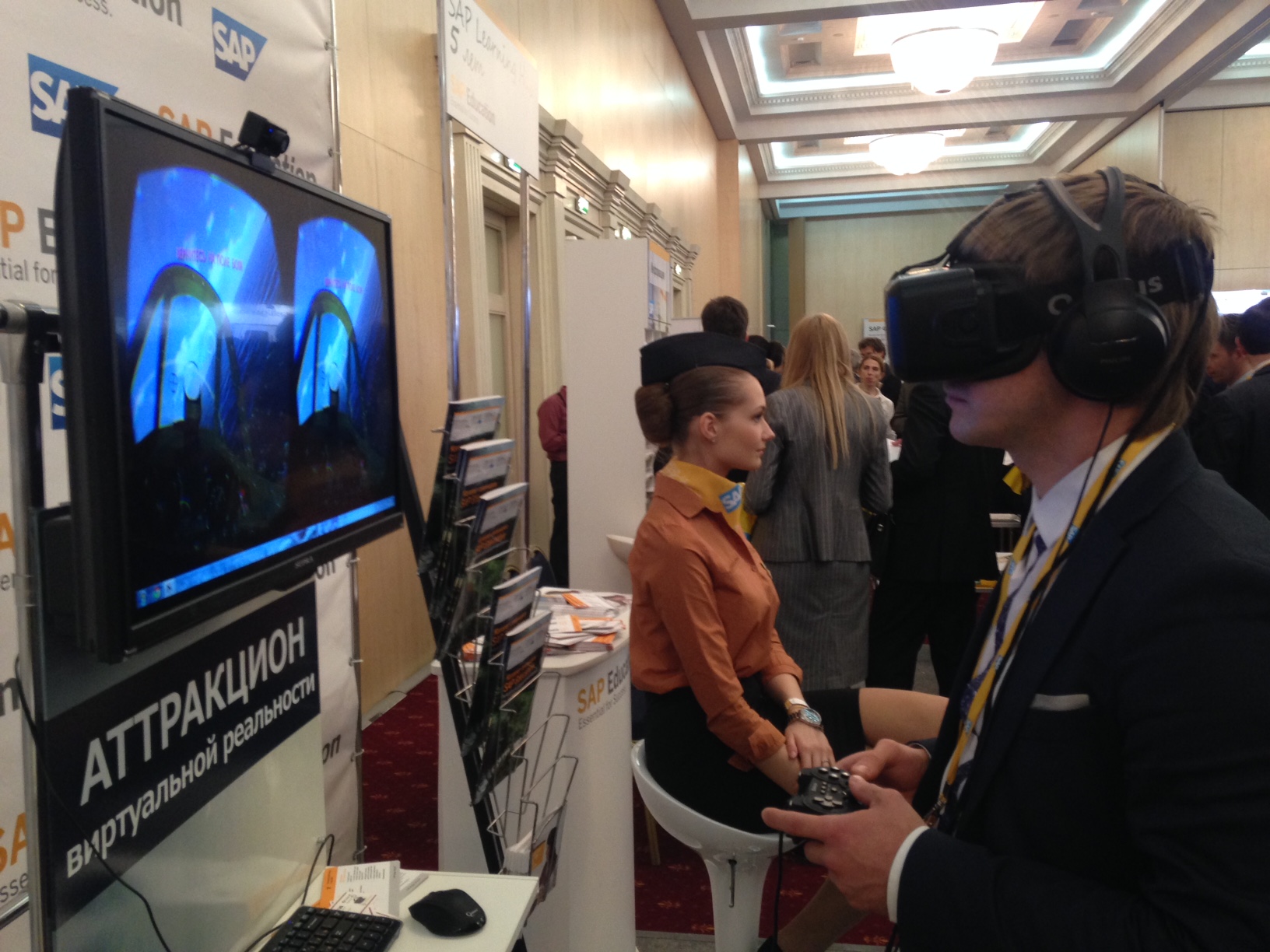 And so it was that 3,330 attendees arrived at the Crocus Convention Center in Moscow only to find great swathes of it re-fashioned as a swanky airport lounge. To ensure a safe take-off and landing for Forum attendees, scores of uniformed “cabin crew” were positioned at key points across the show floor. [Pictured at right: an attendee gets his virtual wings at the SAP Education stand]

Economic realities can make for bumpy flights, but SAP can help

Despite US and EU sanctions, SAP is still investing in business within Russia and the wider CIS region across both public and private sectors. In fact, SAP is playing a significant role in Russia’s economy as it undergoes a transformation unique in its scale, focus on growth, and development. Innovation and development is thriving at its SAP Labs locations, and SAP solutions are used by 87% of customers within the greater CIS business management system sector.

Customer satisfaction is at a high, with 82% responding favorably to SAP maintenance and support levels in a 2014 year-end survey. SAP in Russia collaborates with close to 50% of “Expert-400” ranking members, including: 8 major oil and gas enterprises; 25 of the largest banks; 8 leading electric power companies; and 18 of the largest retailers – all supported by an ecosystem of nearly 300 partners. 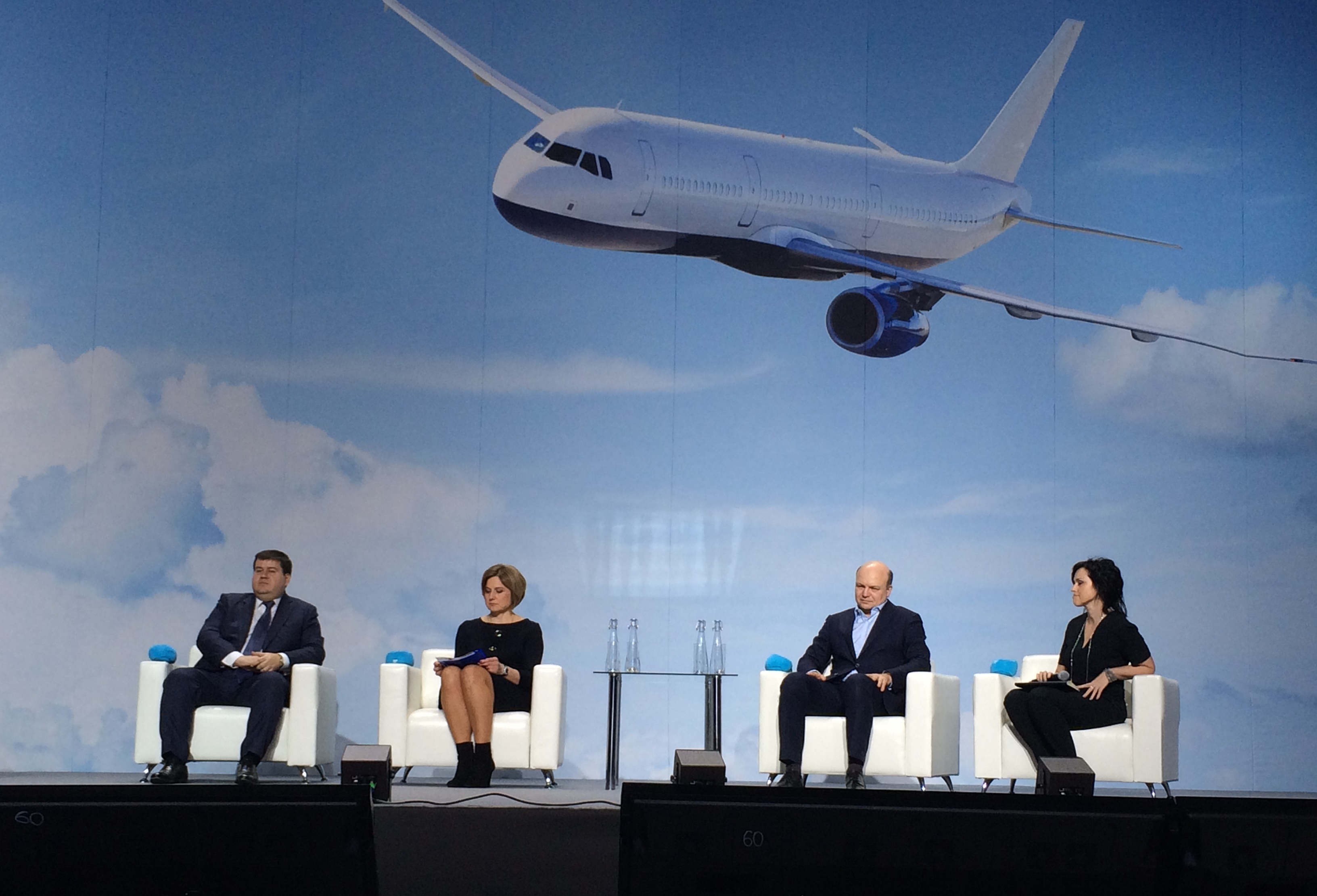 SAP CIS Managing Director Vacheslav “Slava” Orekhov [pictured at left with fellow Forum panellists] was front and center throughout the event. He held forth at a press conference packed with 91 journalists from Russia and other CIS countries, discussing SAP’s support for Russian customers at the private, commercial and government levels. And during panel discussions, he continued to make the case to business leaders for innovation and transformation. While acknowledging that currency exchange remains a challenge, Slava stated that business in Russia and the wider CIS region continues to grow and cited a whopping 800% growth in SME customers alone.

Slava missed no opportunity to bang the drum for S/4HANA, calling it out as an especially important development for Russian companies. Slava pointed out that despite the current climate, Russian companies are eager for innovation. He noted that SAP has achieved solid success in Russia, with more than 50% of the market and stable development across the CIS countries.

Stefan Höchbauer also took the stage at the forum, marking the first time he’d addressed such a large audience of customers and partners since his appointment as President of SAP Middle & Eastern Europe in February 2015. SAP CIS has been down bumpy roads with customers during past economic recessions, so this is familiar territory. Stefan spoke confidently about SAP’s success in Russia and underscored SAP’s commitment to helping companies thrive and overcome recent market challenges and adjust to new economic circumstances.

Not just highlights, but “high-in-the-sky-lights”

As with any major SAP event, the SAP Forum Moscow offered up nearly as many engaging show-floor elements as there were plenary sessions. In
keeping with the theme of aviation and speed, visitors were treated to a host of memorable moments: 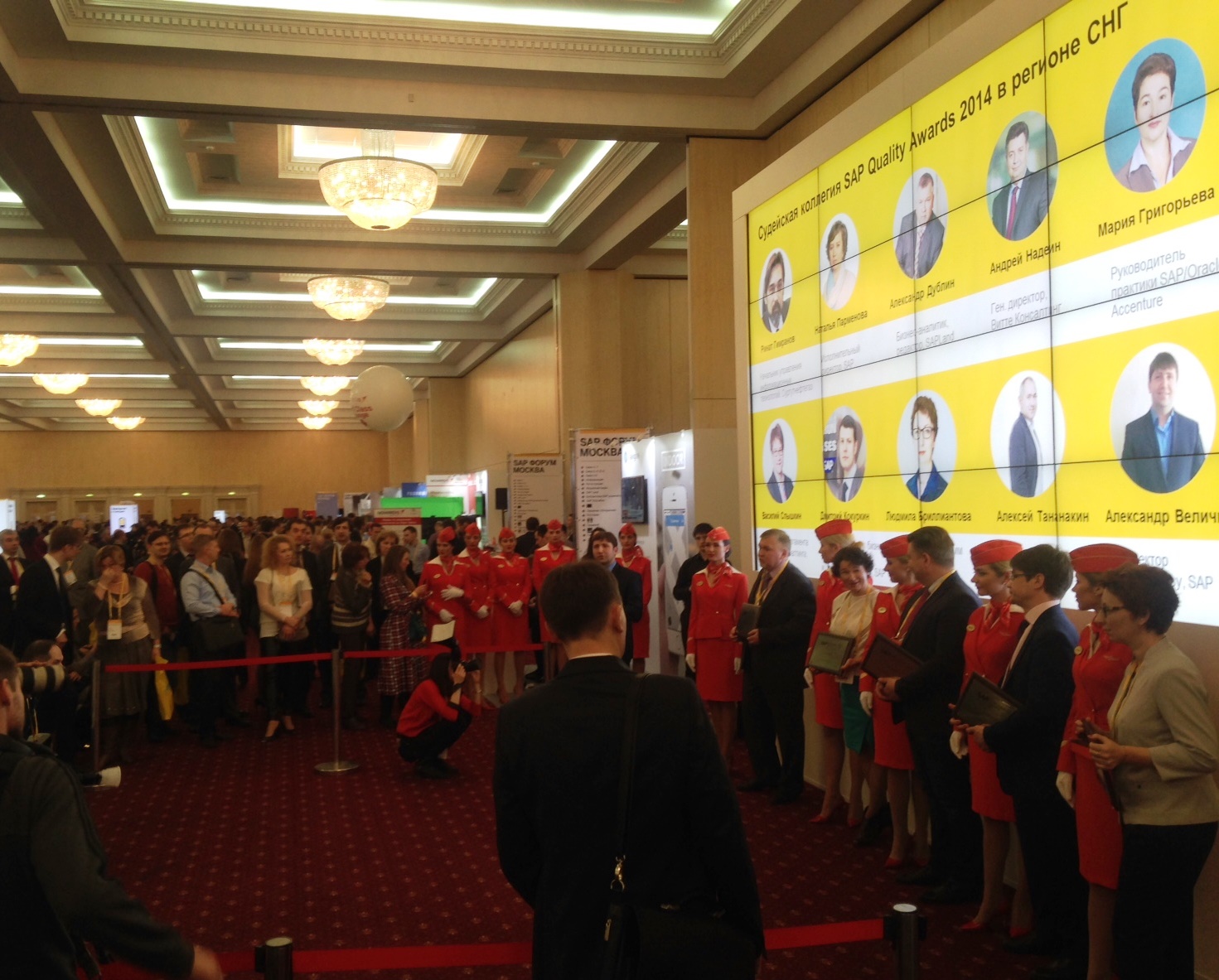 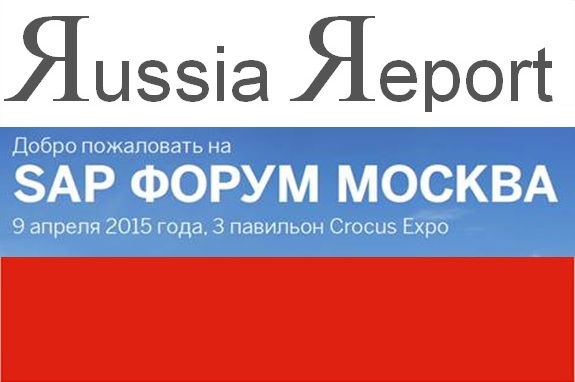