How to Thrive when Your Career Unexpectedly Pivots 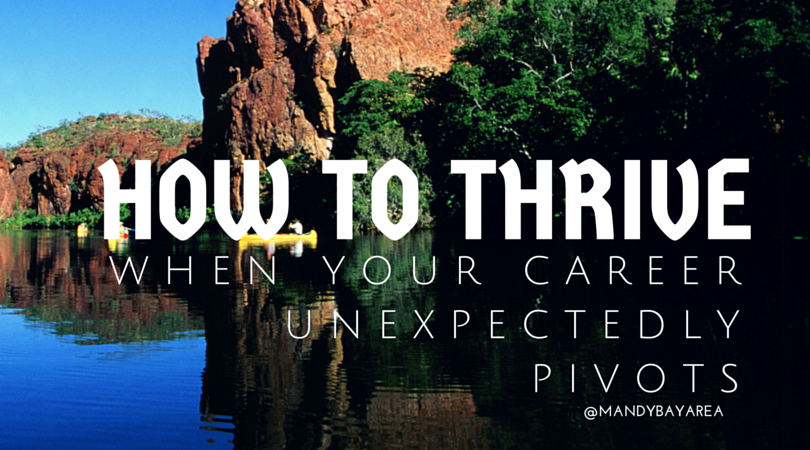 While this may surprise people I’ve met this year, I have only been focused on social media and content marketing for 6 months.  Last April I was in the midst of a demand generation focused role.  I had never been to Sapphire.  I had signed up for Twitter but hadn’t yet used it.  While I was writing my first blog entry, it hadn’t posted yet.  In short, I was where many of you reading this may be right now.

Sometimes we choose to pivot our career in a major way, but equally often we are thrown into a new situation by a change in circumstance not of our own making.  For me it was the later.  Team priorities had changed while I was away for a few weeks last summer. When I returned I was put into a new role, leading the team’s social practice – a topic I knew very little about.  I was given 1 month to come up with a strategy and slightly longer to allocate my budget (I had never had direct budgetary control before either).

Here is what happened next:

First – I panicked.  Who wouldn’t really?

Second – I called my friend, Danny Nail.  He said just what I needed to hear at that time.  “Mandy, you’ve done really well in your old role so why wouldn’t you do equally well in this one.  You’ll be fine. Calm down.”

Third – I began consuming everything I could on the topic.  I ordered books.  I went to conferences.  I read blog after blog.  I identified experts and discovered how to follow their advice on Twitter.

Miraculously, when your career takes an immersive pivot you can quickly go from ‘newbie’ to ‘guru’…

To celebrate 6-months actively in the role I’ve downloaded my Twitter archive.  While, by design, many of my Twitter posts were transitory in nature, I’ve pulled out the posts that I think are still helpful to anyone wanting to learn more about social media or content marketing.  Hopefully the information I shared, that was helpful to me along the way, will be helpful to you too.

On Listening and Engaging: