How Organizations are Creating Value in the Digital Economy through Technology: Q&A with Dr.Vineet Kumar

The “Digital Economy” is a succinct way to describe the new economic order of things in our information society. Its name grew out of society’s new reality – digital technology and social networking have forever altered how we evaluate and value goods and services.

In this new world, traditional commerce has been upended by technologies ability to create new routes to market, resulting in a more engaging and satisfied customer experience. Digital technology is rapidly transforming the products and services that we use today.

Recently, I sat down with Dr. Vineet Kumar – a Yale professor, digital strategist and prominent thought leader on the networked economy – to get his perspective on the impact that digital technology is having on business commerce as well as the resulting impact on the Digital Economy. Dr. Kumar teaches a course at Yale on digital strategy, and it’s based on a framework he’s developed on value creation in today’s economy. 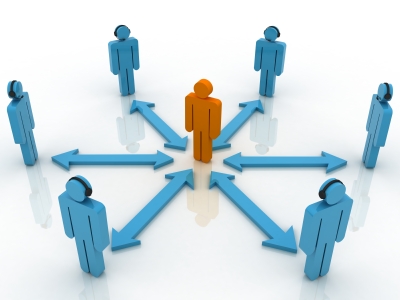 Q: What trends are shaping the Digital Economy?

VK There are a few great examples of how traditional markets are being transformed into networked markets.

The digital economy includes a huge degree of overlap with the networked economy.

Why do we think this all demands a special degree of attention? Well, the fact is that the Networked Economy is already impacting traditional businesses in a very big way.

So if you think about the automobile industry, five years ago what part of a car was digital? The answer would have been none of it. Increasingly today we are finding that Google has gotten into the car business, and Apple is looking to build a car within the next several years. Certainly over the next decade, we can expect to find many digital first players in the automotive industry. That’s just one example of an industry that’s in the process of being transformed by digital technologies.

It’s also shaping home automation, Five years ago, Honeywell had no reason to be concerned about competition from Google and Apple when it came to thermostats, but now both are involved in home automation. Google has gotten in with their purchase of “Nest” and Apple via their “HomeKit.” So suddenly there’s new technology around digitally enabling home configuration services such as adjusting thermostats and turning on lights. This is an example of the transformation of industry.

There has been digital transformation within the entire market. Multiple industries are being connected or networked together like we’ve never seen before by digital technology. In fact, during Tim Cook’s recent keynote speech, he talked about how Apple is building more connections with the healthcare industry. He also discussed how digital technology has not only the potential to impact research in medicine, but also to transform the experience of patients, thereby creating more value in that industry.

Q. What is the role of the Internet of Things in the Digital Economy?

VK I see the “Internet of Things” as having huge potential. The issue here is how do you take a device that has been performing one function, and then allow it to start to collect a lot of data? Think about jet engines. Five years ago they only had censors that captured very basic data, and they didn’t really do too much with this data. However, if you look at the same product in the future, it’s going to be connected to all of the other components, both within the airplane itself, and to other devices like computer networks – even the Internet. This will allow the engine to perform much better. It’s obviously really an exciting time to be in this area.

Q. Can you share some insights from your research on digital technology and how these products and services are now delivered?

VK What I’ve found in my research is that businesses try to do three different things within digital technology, therefore, the digital economy is transformative at three different levels.

1.  Digital Native Business – This is where you create a value proposition where it never existed before, so there is no analog at all. Here I’m thinking of a company like Drop Box that synchronizes and shares files and folders, and helps you coordinate documents with a lot of people. There is no physical world analog with this service, so it’s an entirely new business proposition. So with a digital native product, you create what’s available in the digital world.

3.  Digital Complementors – Companies don’t exist in a vacuum. They’re always looking for collaborators and that brings us to this third category.  Here “complementors” take advantage of the existing infrastructure of companies that already exist, and then attempt to build a business that would enhance or complement the physical value proposition. This might sound a little abstract, but there are companies that do this incredibly well.

An example that I’m thinking of is Grub Hub. Customers order food from restaurants from home and either go pick it up or have it delivered. So this leverages the existing physical business infrastructure of restaurants. They don’t want to disrupt the restaurant, but instead they want to complement them and create additional value.

Incidentally, an example of a company that both disrupts and complements would be Uber. They disrupt the taxi cab companies but they complement the drivers, and Uber wouldn’t exist if drivers didn’t exist.

Q. How does social networking factor into the Digital Economy?

VK I think social networking is incredibly important, and it’s not just the classic social networks like Facebook and LinkedIn. You can also look at the network of drivers and passengers that Uber has brought about, or the network of workers and customers that a company like Task Rabbit has created.

Task Rabbit connects contractors and people like plumbers who can do work in your home with customers. There are all kinds of networks, but this is what you would call a “two-sided” network, so in addition to a social network we have a two or “multi-sided” network.

Another way to think about this is with what Apple did with Apple Pay and a “three-sided” network. It brought banks who issue credit cards, consumers who have the credit cards and merchants who accept these credit cards. They also made sure they had incentives in place for all three players.

Another example of a company that’s had success in the Networked Economy is Airbnb, a company that links hosts and guests. Here you can list your space you have available in over 190 countries and guests can make a reservation request.

Instacart also comes to mind. They are a grocery delivery service that connects shoppers with people that can help them with their shopping. You can order from any grocery retailer and somebody will come by and deliver it to you.

Q. Looking ahead, are there any surprises that you foresee?

VK Absolutely, I think there are lots of potential surprises. Of course, we don’t know the exact nature of those surprises, but here’s what I do know. There have been many recent innovations in the digital economy. And I think that over the next five to ten years, the business to business sector of this economy will catch up. There’s so much more potential for the growth of digital technology. So the value derived from business networks that can and will affect enterprises I believe is equal to, or may even surpass, the consumer focused initiatives we’ve discussed.

Q. Do you have any advice for young people entering the workforce as it relates to the Digital Economy?

VK Well as an educator I certainly have a vested interest in this. I think these technologies are creating many opportunities, but also many threats. I also believe that over the next decade, the jobs of the future will rely on a strong knowledge and understanding of customer behavior in all of these sectors of the economy. Young people will need an understanding of how technology develops, as well as how it impacts our society and consumption patterns.

Understanding the dynamics of the intersection of technology and the customer is going to be an increasingly valuable skillset to have. One of the reasons I’ve created an advanced MBA class on digital strategy is because we’re talking about not just billions, but trillions of dollars of potential in the economy of the not so distant future.

Would you like to hear more about what Dr. Vineet Kumar has to say about the Digital Economy?

Check out this replay from his presentation at SAPPHIRE NOW 2015!

A great thought process and realistic examples. The Q & A's are the highlight of this blog. Thank you

Thanks Ashok! I have to say, Dr. Kumar was great to talk to. It was like attending a class at Yale!