SAP Inside Track in Brazil is a series of community events that started in 2009 as SCN Community Days and since then turned themselves into a real success case. What started in 2009 with 35 participants that shared hands on information after SAP Forum is now in its 11th edition and a sought after community driven event around SAP topics in Brazil. As of today, SAP Inside Tracks in Brazil were hosted in three cities: São Paulo, Rio de Janeiro and São Leopoldo. 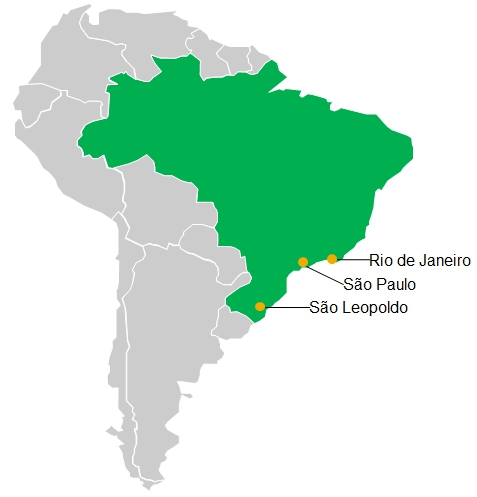 A constant location is São Paulo, having hosted most of the SITs in Brazil, followed by São Leopoldo. No big surprise, as both cities have a strong SAP location: SAP offices in São Paulo and SAP Labs in São Leopoldo. A SIT in São Paulo is usually held in two rooms, giving us the chance to not only increase the number of sessions, but to give functional and technical sessions.

The timeline shows that most SITs take place in the 2nd half of the year.Historically this is given by SAP’s event schedule, allowing the organizers (mostly SAP Mentors) to bring the latest and greates information from TechEd / dcode to the event.

In total, the SITs attracted more than 1268 participants.The number of speakers and sessions is equally impressive: 126 speakers giving 136 sessions.

There will be at least still SIT SP this year. Let’s wait and see what 2016 will bring!

More information about each SIT can be found here.

Amanhã estarei no evento do RJ!