This Uber Driver Makes $252K, But Are We Headed Back to the 19th Century?

A few weeks back, I came across a captivating headline in Forbes that touted “How An Uber Driver Makes $252,000 A Year”. The first thought that ran through my mind, is Wow! The gig economy has really got some legs and is opening up the door to well-paying opportunities. Although the story was very inspiring, Gavin Escolar, wasn’t really just an Uber driver per-se. He just figured out a brilliant way to combine the reach of Uber to turn his car into a showroom where he markets jewelry to his captive audience. The average Uber driver nets roughly $22 per hour according to driver interviews conducted by Buzzfeed last year.

Contingent workers are forming a massive on-demand workforce that covers nearly every category of labor and delivering services to consumers and businesses alike. Thousands of technology companies have emerged with a mission to connect masses of workers directly to those who have jobs to be done.

Need dog-sitting? DogVacay will identify and dispatch a dog sitter. Need a logo for your business? 99 Designs delivers your project to one of it’s thousands of freelance graphic artists who will compete for your business. Looking for a chef to cater your dinner this weekend? Kitchensurfing has you covered. Need something delivered quickly? Try Postmates; and the list goes on.

Services like these collectively have millions of freelance employees signed up to do to odd jobs, on-call projects, driving and delivering, any tasks needed at any and all hours. Demand is also on the rise, with an estimated 17.5 million Americans as active users of the peer-to-peer platforms like Uber, Lyft, and TaskRabbit. 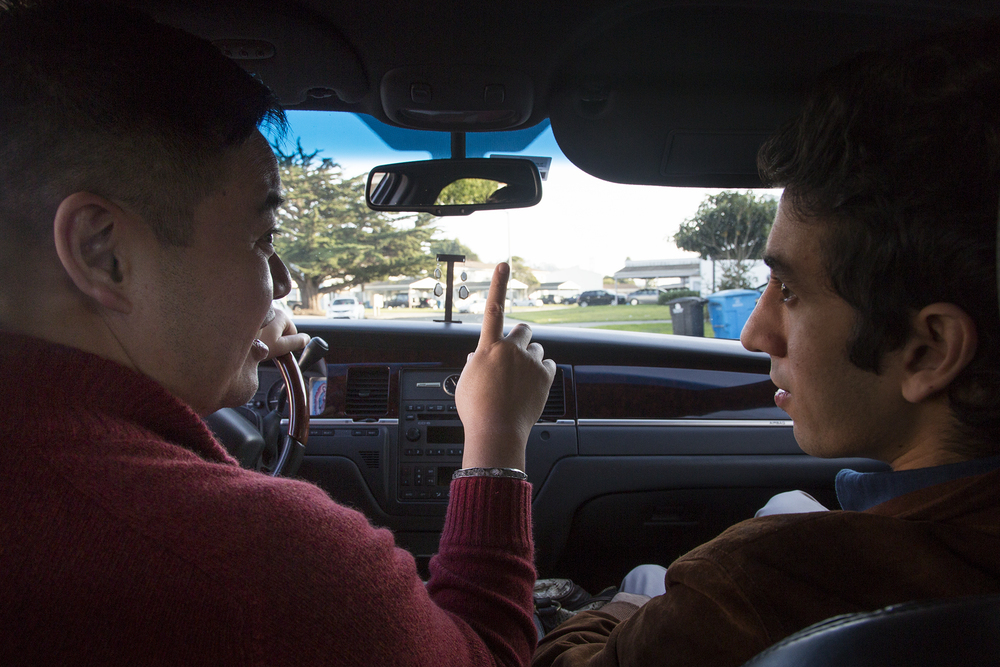 To many, working in this “gig economy” sounds a welcome departure from the standard workweek and a way to avoid the minutia of corporate America. Wired magazine has called it “the force that could save the American worker”. Last year, I positioned the gig economy in a way that could potentially eradicate unemployment, however, as I write this now, I can’t help be but feel naïve.

From the outside, the gig economy seems like a brilliant idea. I mean, who doesn’t like freedom and flexibility? However, for those who are actually working in it, the gig economy may look quite different. Spending some time reading through the many communities that have been created by gig workers to support each other, paints a very different picture.

There are many stories of vast competition in this space, which means that low (and dropping) prices are the norm. To deliver on these low prices often means that the majority of money goes to the corporations that own the software, while the risk shifts to workers. Employees have no recourse if their bottom line is slashed. When Uber recently slashed its UberX prices to compete with New York’s yellow taxis, it was the drivers who took the hit. They’re now making 20% less.

Workers are continuously monitored and rated on quality and reliability. There are many stories where even the slightest deviations or doing the right thing for the customer can get people fired or deprioritized for future work. With mainstreaming of wearables, companies will even be able to track and recast human movement into a distinct unit of financial value.

Want to express your concerns? Think twice. When TaskRabbit, a popular platform for thousands of gig workers decided to shift its business model last year, quite a few of its workers expressed their concerns with the new model on the company’s forum. As a result, some has their accounts suspended or started receiving less assignments from the company.

Humans do not manage the workers delivering the majority of these services. They are managed by algorithms that divide almost any job into discrete tasks that can be parceled out to workers when they’re needed. With pay determined by demand for that particular job at that particular moment, workers’ incomes are at the mercy of an algorithm.

The common risk/reward mechanisms don’t necessarily apply here. With risk come low wages, insecurity, chronic stress and anxiety as workers are put in positions where they fear to voice any concerns, ask for higher pay, or have the option to reject conditions imposed by employers. In most cases, they are effectively in a dead-end with little opportunity to progress, learn, or develop skills that invest in their future.

In effect, our predecessors have seen this movie before. It somewhat mirrors the piecework economy of the nineteenth century – when workers had no power and no legal rights, took all the risks, and worked all hours for almost nothing.

Historically, the quest for cheaper, faster, better has taken us through major waves that reduced the cost of labor so we continue to remain competitive in a globalized economy. During the 80s and 90s a significant portion of manufacturing shifted to lower-cost markets in order to compete with cheaper imported goods. The impact was significant: in 1979 manufacturing was 21.6% of all American jobs whereas now manufacturing accounts for 9.9% of jobs and continues to decline. The second wave hit more skilled white-collar jobs, outsourcing them to cheaper, offshore locations. As much as 2.6 million U.S jobs were outsourced in 2013 alone.

Contingent workers have been rampant since the early 1970s when capitalists responded to union contracts or other legal safeguards by hiring temporary workers in order to regain leverage over protected unionized workers. With the rising costs of benefits, healthcare and retirement plans, the trend only accelerated, as employers were enticed to evade those costs. We are now embarking towards another wave, except this one is fueled by technology and plenty of capital behind it.

This really isn’t all about bad news. The gig economy does indeed have benefits and opens the door to many opportunities for both individuals and entrepreneurs. It taps into people’s available time and optimizes downtime. The flexibility that it offers cannot be found in corporate jobs, and given that full-time jobs are declining, the gig economy does have an important gap to fill in sustaining our economy. There are many stories, such as Gavin’s, of people who have done very well in embracing it and are earning a good income. As consumers, we certainly win as we continue to reap the benefits of convenience, choice and (of course) lower prices.

We are just scratching the surface on the gig economy and there’s explosive growth in front of us. It also has the potential to have a significant impact on our economy and on our lives. It could be great, bad or darn ugly, but one thing is certain — any impact will be felt deeper and broader then the previous waves. With the growing number of independent and contingent workers and people using these services, it will impact the landscape of both employment and the economy as it promises to accelerate inequality by driving down wages. According to research based on tax-return data from the IRS, inequality is already the worst it has been since 1923.

All of this begs some questions: Are we on the cusp of technological innovation that will create jobs and lead us to prosperity, or is this just the next wave in a decades-old trend of fragmenting jobs, isolating workers and driving down wages? Are we heading forwards or backwards? Chime in!