Five Mexican Students and three Directors from Tec Monterrey – one of the largest private multi-campus universities in Latin America uniting more than 90,000 students at 31 campuses in 25 cities – visited the SAP Headquarters in Walldorf, Germany from March 30till April 2, 2015.

In 2014, the Social Innovation Challenge a major crowdsourcing initiative at Instituto Tecnológico y de Estudios Superiores de Monterrey: was sponsored by SAP University Alliances in Latin America. This cross-Faculty contest brought together 650 participating students in 120 teams from business, computing, engineering and other disciplines Subject of the contest was to solve a daily social challenge of Mexican citizens by the creation of a new business model or product – using SAP in demonstrating the idea, or even in forming the core of the proposal.

Now the five members of the winning project Rebolé; – a recycling program for schools – came to Germany – they were rewarded with the unique trip to Walldorf, to experience including innovative workshops, intercultural networking and a “look behind the scenes” at SAP.

During the week, the guests from Mexico City Center had a fully packed agenda and were introduced to programs and experienced the Inspiration Pavilion, the SAP AppHaus in Heidelberg, and Walldorf`s D-Shop – the “developers’ workshop” – which is a global grassroots program that brings IoT technologies closer to all SAP employees. As an internal “makerspace”, the D-shop offers the opportunity to try out and understand fancy IT devices and technologies like 3D printers, wearables, augmented reality and virtual reality devices. 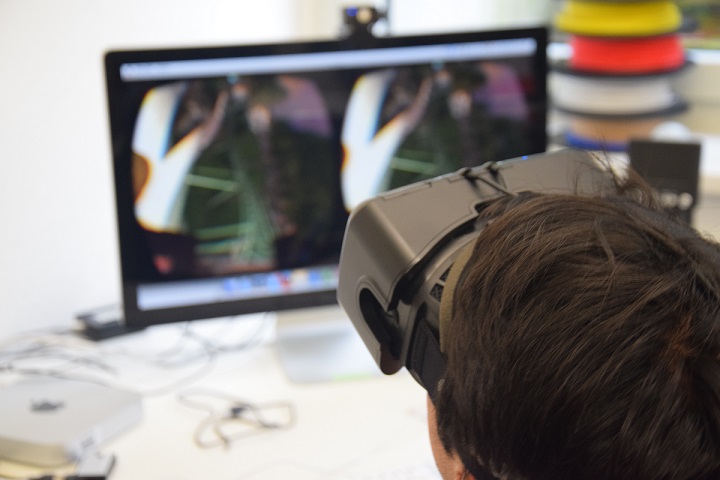 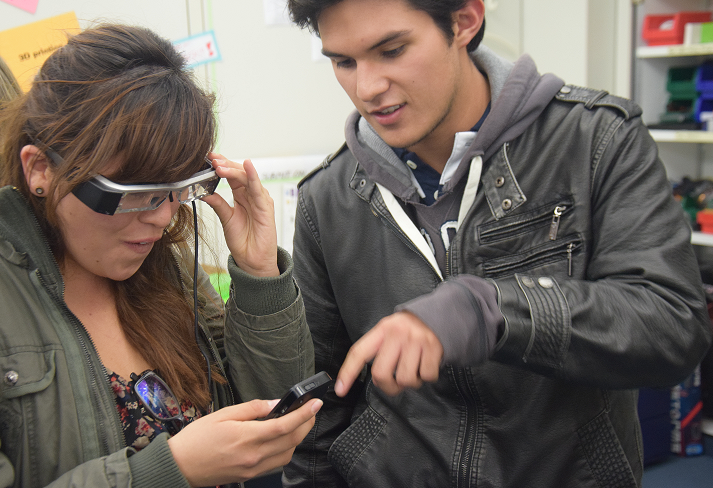 Taking a ride in a rollercoaster via virtual reality devices.

A Design Thinking Workshop on the subject SMART Buildings introduced this innovative, creative and widely used working method to the Mexican students. The challenge: Redesigning the migration processes in Mexico focusing on simplification and comfort of customers. 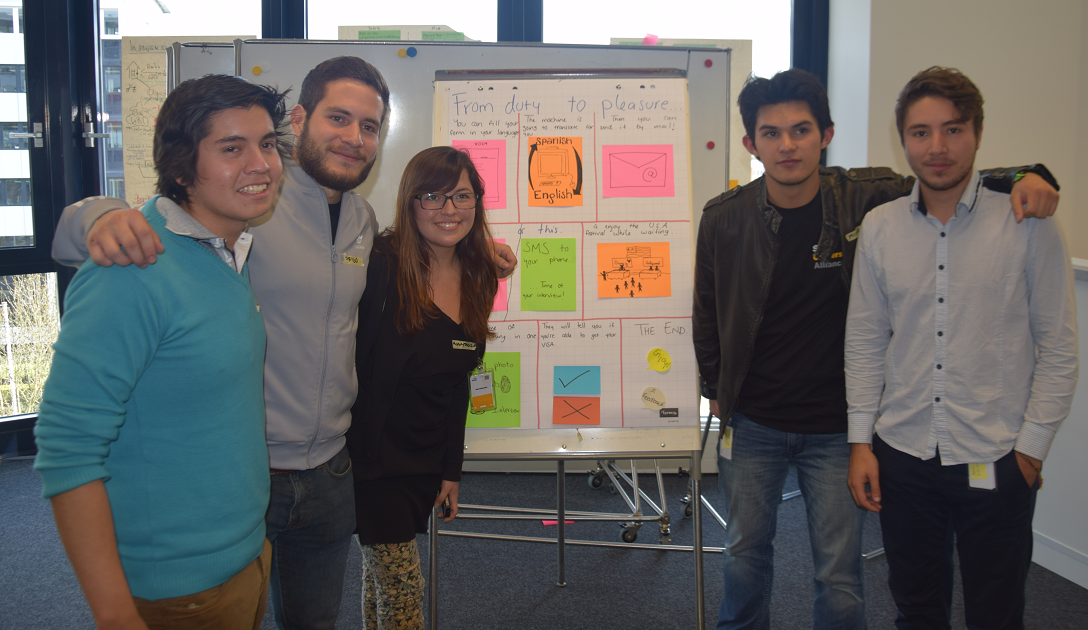 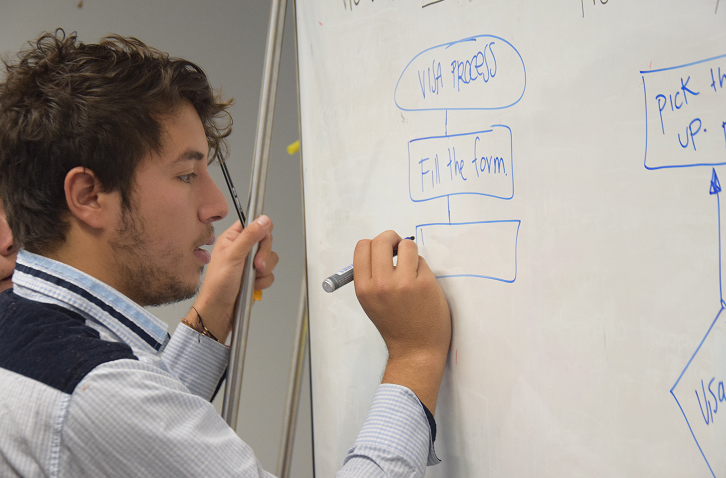 Moreover, interesting meet ups were organized for Monterrey`s delegation. Stefan Wagner, Ex-Managing Director Labs Latin America and now head of SAP Sports, Media and Entertainment and Dr. Bernd Welz, EVP and Head of Scale, Enablement & Transformation  – two of SAP´s ahead thinking transformers – were talking about the valuable cooperation between universities and SAP. Stefan Wagner highlighted, that the IT-market shows a rising demand for Spanish speaking people, a reason for SAP to maintain and reinforce strong connections to Latin America´s leading educational institutions. On the other hand Dr. Bernd Welz marked a bright future for the Millennials entering the workforce: “Now is the time and space for creativity, innovation, and great change”. Inspiring students to generate fresh thinking and to develop the beauty of technology is an affair of heart for SAP and escalates in a high level of trust and investment into the young generation and the early talents of today. 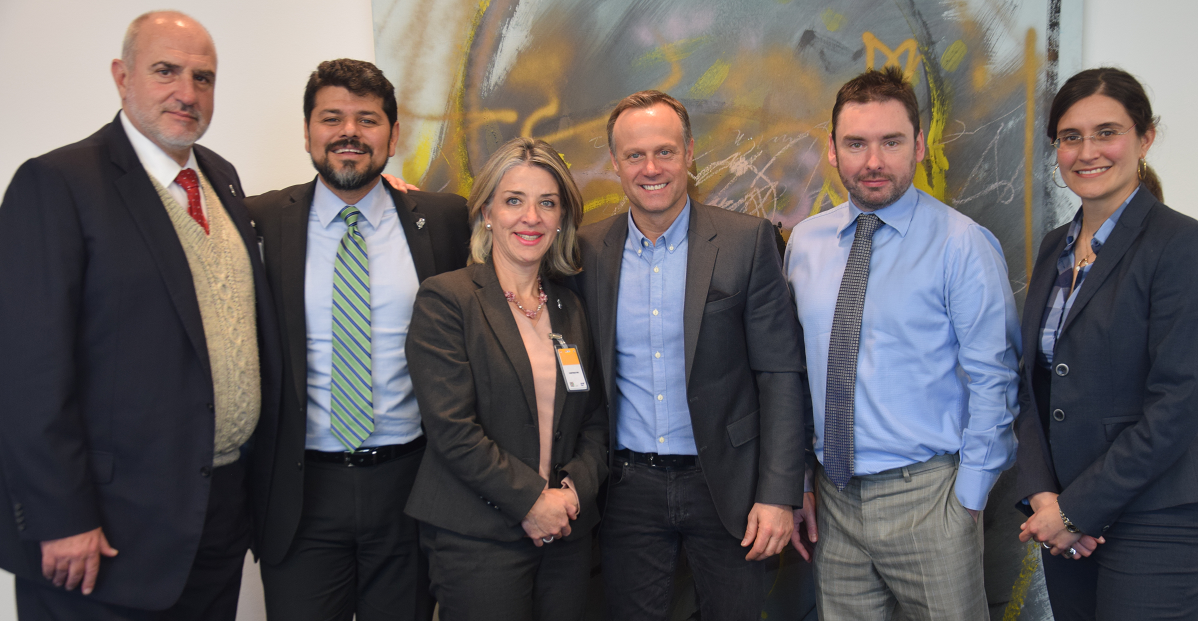 Enriched with a variety of new impressions and knowledge the delegation returned to Mexico City on Friday March 3. May this visit be another milestone on the path of a successful business-education relationship in favor of future generations!