The idea to write a blog exploring the possibilities of functional programming in ABAP first came to my mind when I read Horst Keller‘s blogs on ABAP Language News for Release 7.40, SP08. Especially the REDUCE operator that is part of the new iterator expressions ( ABAP News for 7.40, SP08 – FOR Expressions) immediately reminded me of the reduce function in Clojure. As I was learning different function languages in my spare time anyway I started to try to implement some of the examples used in the functional programming tutorial in ABAP.  After a twitter conversation with Uwe Fetzer and Fred Verheul (see Uwe’s blog Rosetta Code and ABAP) I decided to collect some of the code examples I created so far and share them in a blog. 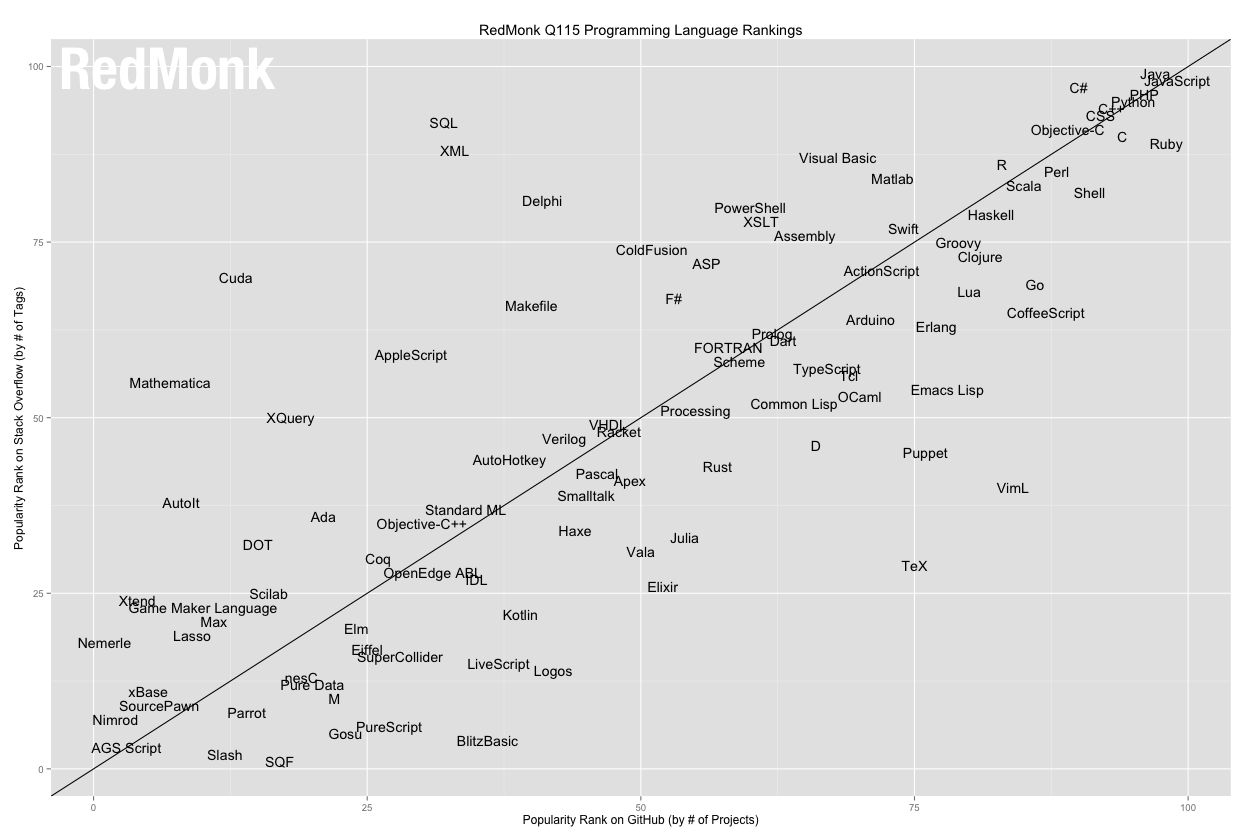 I don’t advocate the code examples I will show below for productive usage (at least not yet). With all the new language features getting added to the ABAP language Tobias Trapp‘s advice “Don’t try to be smart. Be smart.” is more valid then ever. In the context of what I’ll show below I would paraphrase Tobias’s statement as “Just because something is possible doesn’t mean it is a good idea to do it.”

Furthermore, it is important to keep in mind that ABAP is not (and most likely will never be) a functional programming language. In ABAP, it is not possible to pass functions as arguments to other functions. The ABAP compiler and runtime currently lack important features (e.g. tail call optimization, cf. Tail call – Wikipedia or What Is Tail Call Optimization? – Stack Overflow) of runtime engines for functional languages. Consequently, functional programming in ABAP is limited to certain cases. The examples shown below might also only run very slowly or only work for small input values compared to an imperative or object-oriented implementation.

Nevertheless, it is in my opinion quite interesting to see what is possible with the current version of the ABAP language.

In the following sections I’ll show some quasi functional implementations of different algorithms in ABAP. Note that all code examples in this blog a screen shots. There reason for this is that no syntax highlighting for ABAP is available. In order to simplify the usage of the code snippets is also create a pastie (Pastie) for each snippet and added a link to it below each screen shot.

Using the reduce table expression calculating the sum and the product can also be implemented as shown below.

Note that in this case there is not much difference with respect to the code amount between the two solutions. In fact the classical solution using only one loop would be shorter than the functional one. The key advantage of the REDUCE operator is that it can be combined with other operators to create more expressive expressions.

The first a little more advanced algorithm I implemented using a functional paradigm in ABAP is the Fizz Buzz Test. The Fizz Buzz Test is a simple programming exercise I stated to use in job interviews for developers lately. Many implementations of the Fizz Buzz Test in different languages are documented on rosettacode (http://rosettacode.org/wiki/FizzBuzz). The goal of this test is to:

Besides being more concise, the functional implementation is in my opinion a lot cleaner then the classical one. 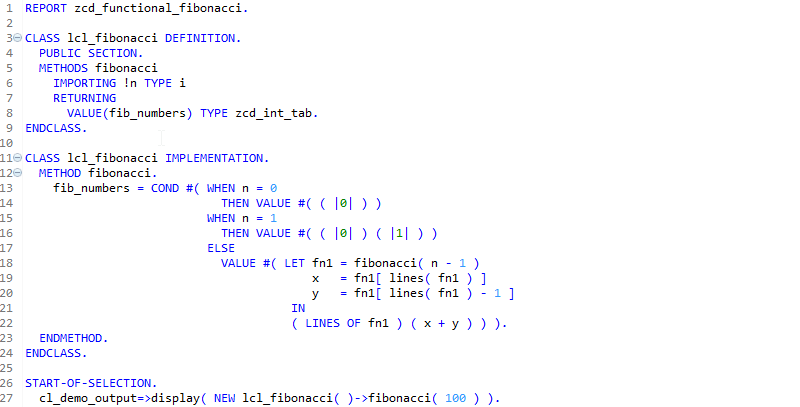 As stated in the introduction it is quite interesting to see what is possible with the new ABAP features. However, there are still some open questions:

In the examples above I didn’t compare the performance of the classical ABAP solutions to the functional ones. It would be quite interesting to see how the different solutions compare with respect to performance. This might be the topic for a future blog post.

Another open question is which productive usage scenarios are suitable to apply the functional ABAP features. The examples above are implementation of mathematical algorithm. However, productive ABAP code usually deals with the handling of business objects (e.g. business partners). The first usage scenario that came to my mind is the usage of the FILTER operator (not shown in the examples above, cf.FILTER expression) to filter an internal table after some select (e.g. select from BUT000 and the filter the business partner type). However, It would be interesting to find further usage scenarios in which a functional solution offer advantages over the classical one.

It will be really interesting to see what future ABAP version will offer. Maybe ABAP will in the future offer some functional features that are currently still missing.

Finally, I’d be interested to hear your opinion of the code examples I’ve shown above. Do you think this is something that should be used in productive code?