Disclaimer, I am the CTO and co-founder of Neptune Software.

The past (and sadly the present in many cases)

The UI was seldom high on the priority list when companies traditionally mobilized their warehouse management, field services, manufacturing or retail stores. User experience was rated by ease of use of scanners and F button shortcuts.

For SAP customers this meant and still do for loads of companies low memory CE based devices using online SAP ITS solutions such as the horrors of LMXX transactions – I don’t want to get into too much detail on how much I resent those transactions but just mentioning the debug issues with the session handling and html rendering of SAP transactions should be enough. 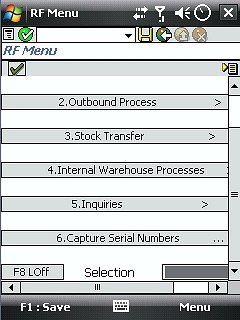 The offline capabilities out there were based on docking the device with file integration to IDOCS – very costly in implementation and maintenance (I spent my fair time fixing errors in BD87). Updating the software on these devices can be a nightmare and often requires the device to be docked.

Also these solutions demanded competences different from what the standard SAP SI can provide. Creating native Windows CE applications often meant bringing in other third party .net or c# developers plus a ton of integration work with master and transactional data.

The present (For some)

I can think of few more visual examples of the Consumerization of IT than the last couple of year’s OS evolution of ruggedized devices. Most of the vendors in this space is seeing their customers looking for the “iPhone Experience” on their rugged handhelds or tablets.

In fact the customers started to replace their devices with products from vendors traditionally in the consumer market. Apple again led the way with the Apple Stores when they removed traditional POS and slapped Linea pro barcode and card reader onto their iPods. 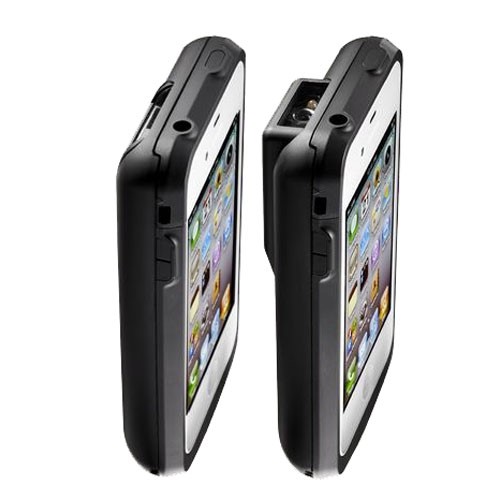 Others would use Android tablets or iPads with Bluetooth scanners and/or rugged cases.

Of course the traditional players in the rugged computing industry such as Motorola (now Zebra), Intermec and Panasonic had to act, and all came out with Android or Windows Embedded 8 products that promises consumer grade experience and reduced prices to be able to compete.

In the last two years we at Neptune Software have helped mobilizing over a hundred SAP customers and the majority has had some part of the project upgrading their traditional SAP mobile scenarios such as WM, PM or in-store Retail.  Most choose to change their devices to either consumer versions or new rugged ones based on modern OS and better hardware.

An example of the second category that I really believe can compete is the Android based Symbol TC70 from Zebra Technologies.

With HTML5 and SAPUI5 we and our partners can easily generate hybrid apps that have Fiori User Experience with offline and native capabilities (critical for intent scanning, card readers or new capabilities such as NFC).

Custom development is now fast and the apps are easy to deploy as these often can run in the existing network infrastructure of their former legacy solutions. We now see the traditional SI of apps for rugged devices are the ones that need an upgrade of competence and a huge market opportunity for SAP consultancies.

Here is a screenshot of a WM app created by our partner S5 running UI5 on a Symbol TC70 – quite an improvement from the LM00 app described above if you ask me. You can read more about the solution here 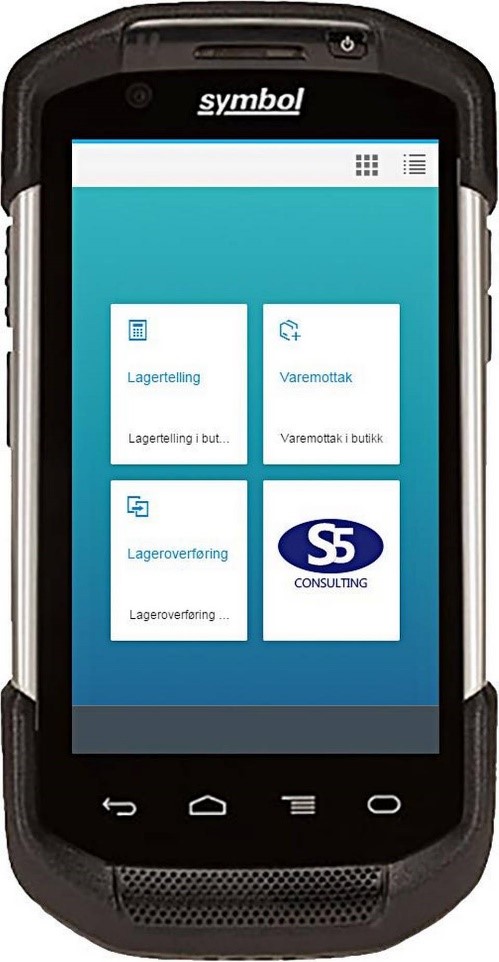 Another example of usage is this video by another of our partners, New Zealand based Soltius, showing how customize an app sending SAP Notification’s from the field using the Neptune Application Designer.

Well the future is already here.

I stole part of this blog’s title from the company of SAP Mentor Thorsten Franz after his speech at the Inside Track in Oslo : Operatics – Operational Analytics. There are different definitions of this term but I use it to describe analytics monitoring business operations in real time. Leaders of companies use this to make better decisions based on fresher data.

Coming from the mobility world I am more interested in what information this can give the workers in the field. With the evolution of the rugged devices we can provide graphical analytics to their devices related to the exact process and even specific business item such as a customer, a product, a plant, an order or whatever the worker needs information on to make a better decision.

I would like to mention a real world example. One of our Retail customers implemented an app for their store orders. The managers in the stores uses an android scanning device with a hybrid UI5 app to replenish stocks. The neat thing about this app is that after scanning one can also view relevant analytical data using the SAP.VIZ charting concerning the specific article and store. Does stock exist in the local warehouse? Are there Store orders already containing quantities being processed centrally or already in delivery? What is the stock situation in nearby stores? These questions can be answered without running to the pc in the back office directly on the device during the replenishment operation – thus enabling the manger to make a better decision.

Unfortunately this customer does not have HANA on their ECC system yet, but this makes a good case for adding it. Imagine predictive analytics taking into account all kinds of relevant data such as weather forecast (More sun means more barbequing which will lead to more sale of certain meats) or any number of other considerations.

There are of course myriads of other great appliances for these new devices that is just waiting for customers and their implementation partners to invent! The tools are out there and we no longer need to tell the customers we can’t do it.

Thanks for the mention, Njål Stabell - of course I had to check right away what you had to say. 😉 Always great to learn about what's going on in the real-world shop floor of mobile apps with SAP backends, because obviously the world of shop floor barcode scanners etc. is quite different from the shiny world of Sales Rep and Employee Self-Service apps we usually see. Please keep it coming.

Well it's mainly the present. Windows CE is so deep in the culture of shop-floor that anyone suggesting a new Android barcode scanner will be met with distrust, which is unfortunate.

Last year I had to manage te implementation of a LMXX based RF setup... god it's so ugly and hard to debug. The customer wanted Windows Mobile.

The reason we didn't do it in C# wasn't the cost of external consultants, because the program would actually be a lot easier (I've actually done Windows Mobile development myself), I chose LMXX because of life cycle management and the quick deployment of new versions. Which is pretty much the reason to go hybrid.

Next step in my SAPUI5 life, SAPUI5 inside Cordova (sorry, won't be using Neptune).

Unfortunately you are correct that most customers are still using the old devices. We have seen a great change in the last two years tho. Remember that the hardware vendors also are pushing this heavily now.

Good luck with your Cordova UI5 application development. I wrote a blog about Authentication a while ago which also should be viable without Neptune and might help you out in that aspect (You can also use KAPSEL for Auth if the customer has the SMP development SDK )

I think I'm going to buy one of those Linea pro to play around with. Have you any experience with the Infinea X and how it compares to tradicional rugged devices?

Hi, I haven't tested Infinea X but it looks good on their webpage. If you test Linea Pro here is a cordova plugin you can use ttatarinov/lineapro-phonegap-plugin · GitHub

for the scanning and card reader.  If you are not an Apple fanboy you can also look at this solution for Samsung Galaxy http://www.2t.com/N5Print-Ultra-Rugged-Handheld.asp

I would forget about Win doze CE

The Android version for Symbol (previously: Motorola) the TC70 we currently also have on evaluation for warehousing and Maintenance engineers.

An excellent piece of Kit 🙂

And you can buy it on a Stick, great for warehousing 🙂 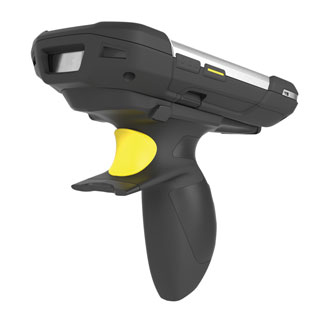 Cool! Does it come with holsters? I can see gameification potential here 🙂

There are alternative options with existing Win CE-type devices using HTML5 browsers like Zetakey or the Intermec browser.

We have implemented and are rolling out an offline-capable HTML5/jQuery-based application right now (no Cordova, no SMP, just HTML5 local storage) on Intermec scanners and are quite happy with the results.

Amazing. You must be just using a keyboard wedge for the scanner ?

Keyboard wedge scanning is the standard behaviour of e.g a Win CE device like a Motorola handheld with a Zetakey browser or an Intermec device with its own browser.

Intermec offers an additional option with a layer between browser and OS called "Data Collection Web API", which you could use to develop your own very specific scanner interaction (JavaScript libraries), but only for Intermec devices. We decided that the standard keyboard wedge behaviour is sufficient for our purposes. Also we keep our solution as platform-independent as possible. Users can test it on their PCs with a USB scanner, or we could temporarily hand out any tablet with a USB or BT scanner for the same outcome.

I am guessing that you have no control over the camera, using just a browser ?

Where as if you use a cordova program on the Symbol TC70 you have control over the native hardware from the Javascript. = take pictures of faulty parts.

Yes we have many customers that did not wish to change their devices. Some use the Intermec HTML5 browser, Rho Elements from Motorola  or Zetakey (I personally did a project with it and really hate the browser  😉 )

Even if you can get some offline support and use touch optimized frameworks like JQM the experience is far from "consumer grade" which was the main point in the blog.

But changing devices, that has been a major investment, can be a tough decision for sure and then this approach can be a good strategy for improvement.