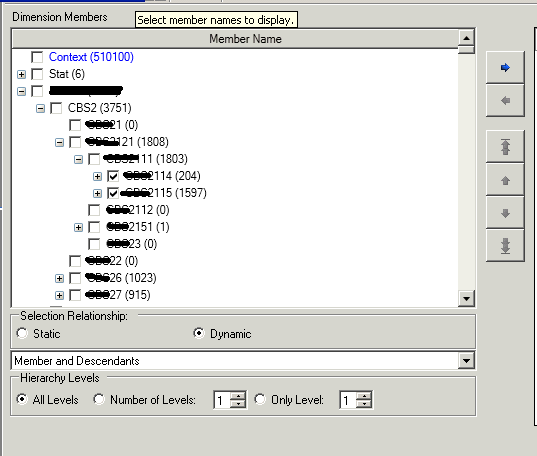 Step 2: To lock this data

Goto — Read only data tab — Click on select members — Select the dimension for which you want to restrict the data.

Select the member for which you don’t want user to save any data. Here we select 2115 and its descendants. 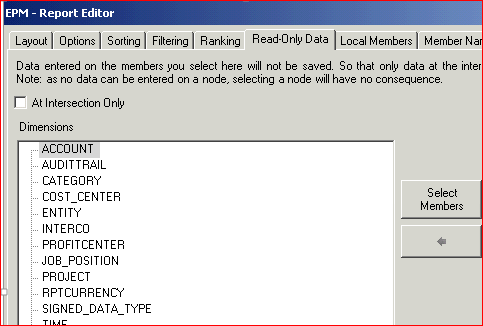 Move those members to the right side — click Ok

Step 3: Enter some data and test

As we have locked this cell , so that no data can be saved at the backend for this account. So , While saving data we will get “ No data to save” message. 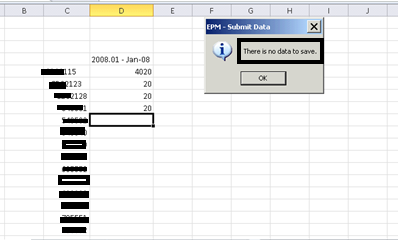 Enter the data against the accounts (2114) that can be saved.

It will allow you to save the data.

Intersection only method (for multiple dimensions)

Using this option, we can restrict data saving based on the intersection of different dimensions.

In the example shown below we are considering intersection of Account and Time.

Scenario:  User should not be able to enter the data for hierarchy 2115 corresponding to time Feb-08.

Note: To make this work “At Intersection only” check box should be checked

Data input will be restricted only at the intersection of the member selected.

Read only data will be at the intersection of Feb-08 and hierarchy 2115 as we have selected these in Read only data tab. So we cannot save any data here.

If you save the data against Jan-08 and hierarchy node 2115, then it will allow saving the data as this is not the intersection of read only data.

Data can be restricted to be stored at the backend based on both single dimension as well as multiple dimensions using Intersection only option. 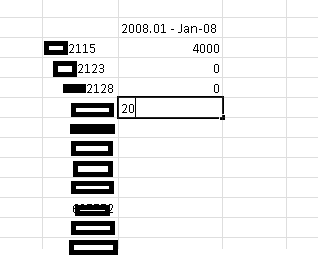 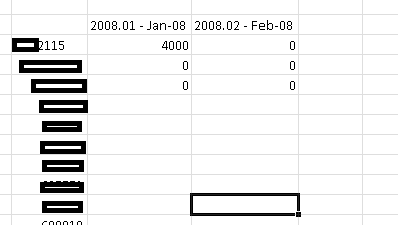