This article gives clear picture about how to copy Bex query from a destination system to the source system by running a custom program.

Let’s take an example of a Bex query “ZTEST_QUERY1” which is available in production system ‘PRO’ to be copied to Development system ‘DEV’.

Function module RSZ_X_COMPONENT_GET is used to get the Query elements of the query in the production system PRO. 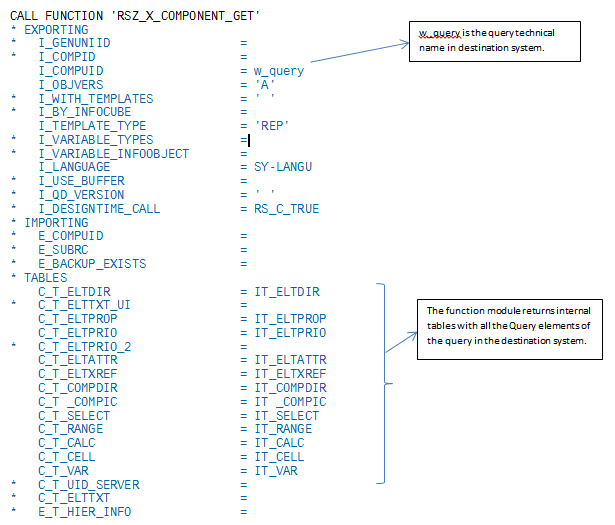 The above function module reads the query definition from the remote system.

Modify internal table IT_ELTDIR with the new query name to be copied to.

Function module RSZ_X_COMPONENT_SET is used to create a query in the source system. 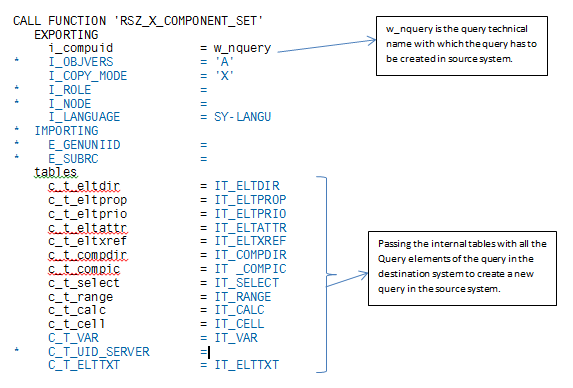 Once the program is executed with these two function modules described above the query will be copied to the source system as expected.

Copying procedure also copies all reusable component used in this query. Such as, Calculated Key Figures, Restricted Key Figures, Structures, Variables and Selection Objects. Someone would only identify these duplicated components only when the query is opened using Bex 7.X or higher, this could cause many inconsistencies when running reports.

Use report ANALYZE_RSZ_TABLES (notes 792779 and 853826) for detection of both situations (Table RSZCOMPDIR). The program allows renaming of duplicated queries and query components. 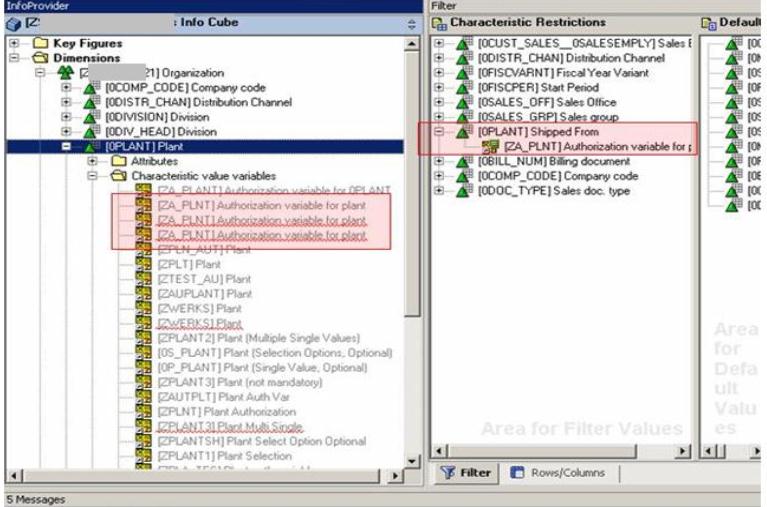 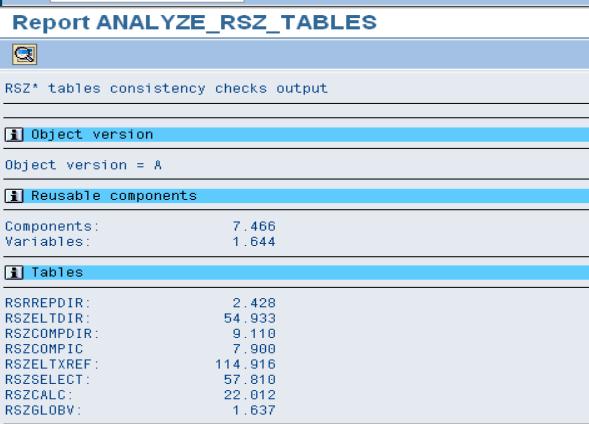 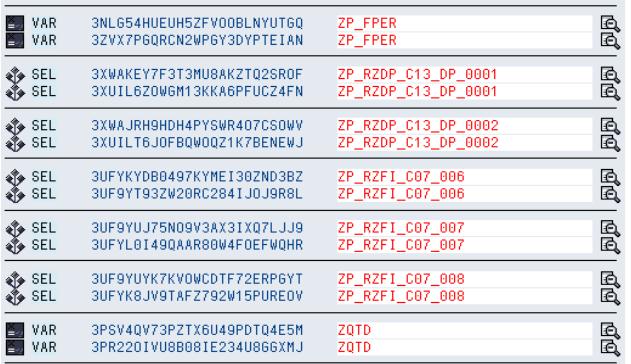 Recommended workaround is to use ‘Save As…’  functionality. This can be achieved by passing I_COPY_MODE = “L” in the function module RSZ_X_COMPONENT_SET_NEW. 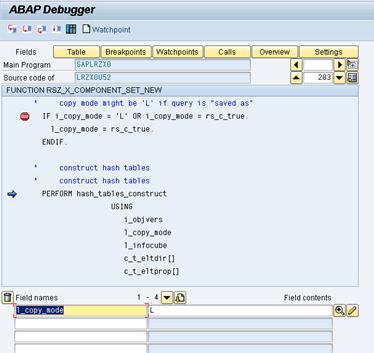 Using an ABAP program with the above function modules described, we can copy the Bex query across the systems.

Interest approach. Wouldn't it be simpler though to just transport the query from one system to another?

transportation is an alterantive. However, mostly only a few queries origin in a development system, often it is business that develops such queries directly in the productive environment. Also, not all systems might share a common transporting environment.

Those who are looking for code... find the ABAP code below

May be it would be handy for someone

Thank you so much for sharing, Francis!