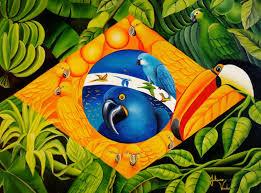 Like a deadly disease or a lethal virus, IT complexity knows no size or geographic boundaries.

It doesn’t seem to matter whether a company is big or small, based in New York or Rio de Janeiro, focused on local markets or global customers, the problem is the same:

I was in Brazil a few weeks ago and met with a range of executives and business managers running companies ranging from small startups employing less than 20 people, to large multinational serving customers locally, online and across the globe.

Without exception, these businessmen and women said that IT complexity (and other forms of complexity including government bureaucracy) was stifling their business, crushing innovation and slowing their growth.

Their comments echo those of Jonathan Becher, SAP’s Chief Digital Officer, who, delivered a keynote address to company leaders in Brazil earlier this month. “Complexity is a corporate cancer killing innovation,“ he said and added, “to run simple you have to remove layers and layers of technology that have built up over the years” and start over.

That is just what companies, big and small, are doing in Brazil. For example, Marcius Victorio da Costa, who started a company called Fumajet, says he used to struggle to run his business using spreadsheets and a handful of incompatible software packages. Now the company, which has 17 employees and adapts motorbike engines to operate as ‘foggers’ to kill disease carrying mosquitoes, runs SAP’s BusinessOne software designed to be easy to set up and operate. 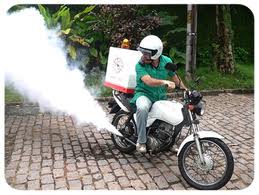 “It has made running the business much less complex and given us huge credibility,” he says.

At the other end of the spectrum, Arezzo & Co, one of Brazil’s biggest shoemakers, used software to simplify its sales structure enabling chief executive, Alexandre Café Birman, to have a single view across the company’s multiples sales channels.

Birman, whose father co-founded the company 42 years ago in his garage, credits his company’s investment in Hybris enterprise multichannel ecommerce and product content management software with helping spur growth in the company despite Brazil’s tough economic conditions.

“You have to invest for the long term,” he told his audience at the a recent event in Sao Paulo, Brazil.

Combining sales data with analytics has also given the company much greater insight into its customers. For example, the company discovered that two thirds of  the online buyers of its Schutz brand of high fashion footwear have never been inside a Schutz store.

As in other emerging markets, Brazilian companies are also leapfrogging generations of IT infrastructure, often moving straight to subscription-based cloud computing. This offers them the benefits of simplicity and flexibility, and removes the need to make hefty up-front investments in IT infrastructure.

“Cloud is very well aligned with our simplification message,“ says Christina Palmaka, President of SAP Brazil. “Many Brazilian companies don’t have big IT 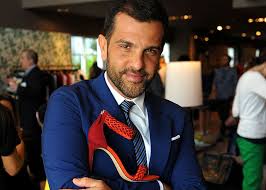 infrastructures so having cloud offerings available fits very well with their IT needs.”

It’s no accident that two Latin American companies  – Ceitec, a Brazilian government semiconductor company building RFID chips for use in initially Passports, and CNI, a consulting company based in Medellin, Colombia – were among the first to sign contracts for SAP’s S/4HANA software when it was announced in February.

And while Brazilian soccer fans are still licking their wounds following the defeat of their national team by Germany in the World Cup, Brazilian soccer team Gremio de Porto Alegre has taken a page out of the playbook of the German champions  and is now uses SAP HANA analytics to boost the performance of its players.

“We believe there are good opportunities for (enterprise) software companies in Brazil, says Luciano Ramos, an IDC analyst, “when the economy is poor companies look to IT to cut costs, and when the economy is strong they buy IT to boost growth.” It’s a win-win either way.

I think you mean that Brazil was beaten by Germany (SAP's HQ country), not by Argentina

Quite right Jonathan, I have made the correction