Awesome Analytics — Are We There Yet?

As I prepared for a presentation at the Gartner BI conference in Sydney a few weeks ago, I thought I’d take a look at old research to how far we’ve come with Analytics in the last few decades.

At first glance, the answers is ‘not very far.’

Despite decades of BI investment, executive reliance on gut feel has actually increased. (Why the worst-practice 3D shaded pie-charts? Just to troll the data viz purists

A hot topic of Gartner BI research in the late 1990s was the increasingly large ‘fact gap,’ whereby the amount of data available for decisions was rapidly outstripping the available analytic resources.

With some minor modifications, such as changing ‘Terabytes’ to ‘Petabyes’ and ‘Analytic Personnel’ to ‘Data Scientists,’ the picture looks remarkably similar twenty years later.

An update to Gartner research from 1996. Plus ça change…

It’s hard to compare perfectly, because of different research methodologies used over the years, but it also seems that the largest factors holding back successful Business Intelligence also haven’t changed very much.

The top three problems remain data quality, ease of use, and the difficulty of integrating different systems. 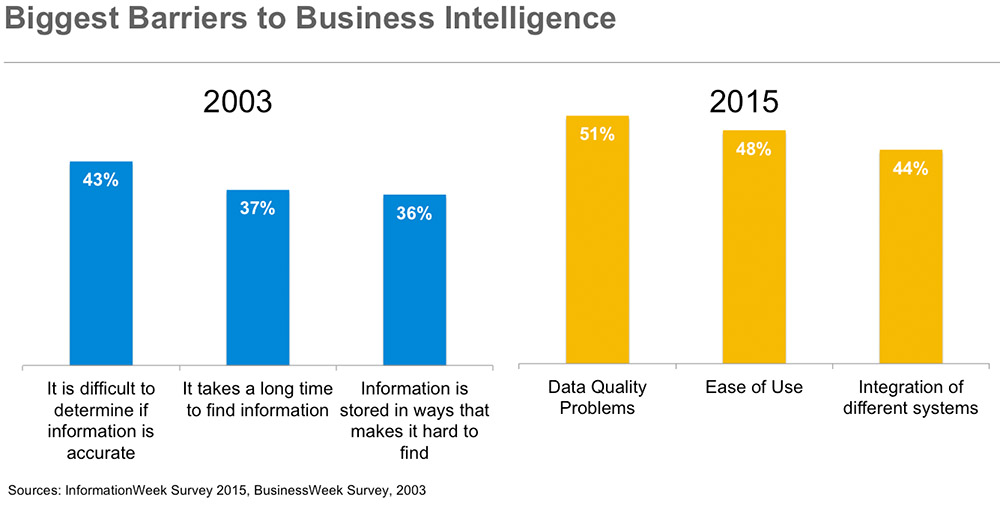 The reality is that today’s technology is much more powerful and widely used than in the past — but what was hard then remains hard today. 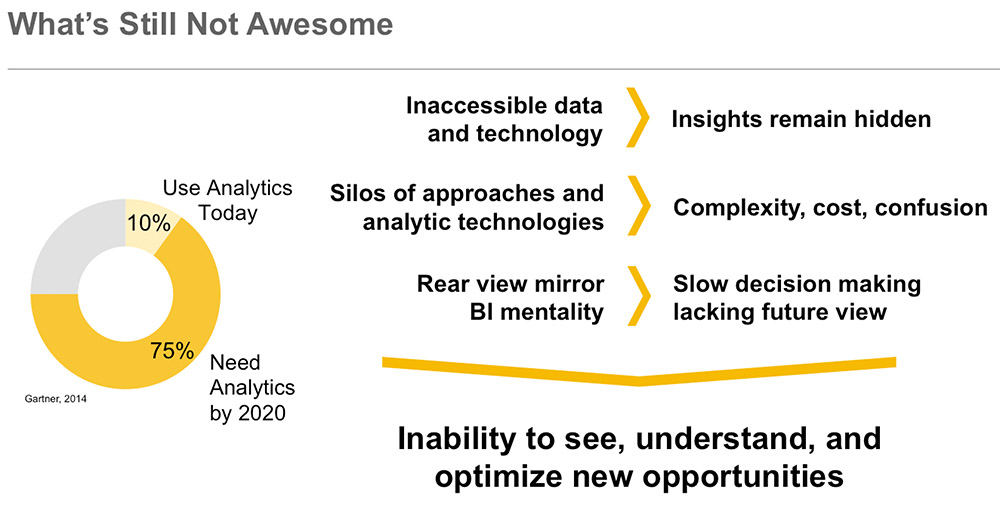 What if we could take all of today’s technologies, and start again from scratch? That ended up being the theme of my presentation, and the subject of future posts. In the meantime, please find the presentation below — note that you can download the .pptx version by clicking the right-hand button and going to the slideshare site. 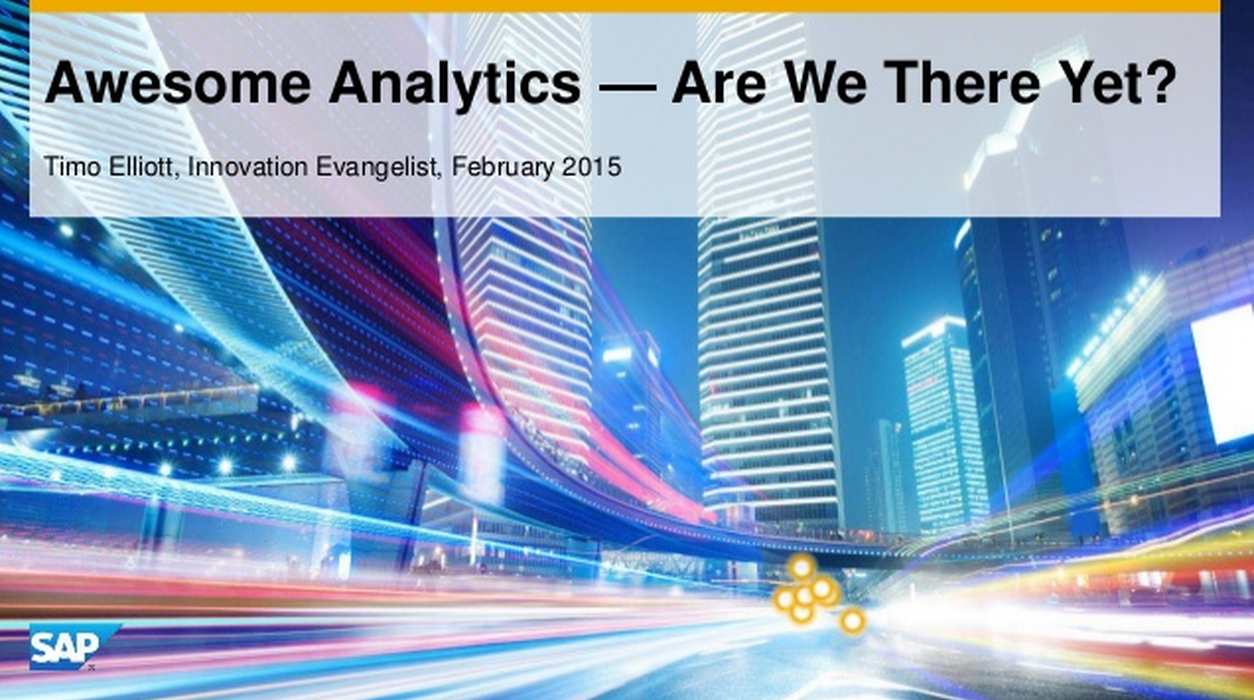 [This content was first posted to the Business Analytics Blog]

Excellent article - real food for thought - "Data quality" something I wanted to write about. Imagine having all the datasources documented, clean and mapped out with logic. BI would become a lot more popular.

Great post as always Timo! I've long felt that for an organization to take the next step with analytics and BI, there's a need for a collection of folks who have deep operational knowledge of the business, along with excellent skills in statistics and data visualization, as well as some technical skill. Hitting all three seems to be a big challenge.

BI/Analytics seems to be so often made into its own department/silo in many organizations, and it could the #1 thing holding many back from "awesome analytics". Consider: we've seem some tremendous improvements in analytics technology as well as some impressive applications of data science -- yet many organizations still seem stuck.