Last Thursday (Mar 26th), the first of (at least) two hands-on workshops aka sapcodejam events was held in Den Bosch, The Netherlands. The topic: “ABAP for HANA with Fiori”.

We were not the first to practice this E2E scenario, as the Friday before the exact same CodeJam had already been held in Frankfurt, as described by Nils Janssen. I won’t bother you by repeating the content of the workshop. If you’re interested, go read Nils’s blog. It’s excellent and gives a good idea of what to expect (and the content did not disappoint 🙂 ).

Here I want to focus more on how both of these events came into being. It wasn’t a normal CodeJam, you know. Well, in the end it actually was, but the story goes back about 5 months, and to Walldorf, SAP’s home turf.

It’s Tue Nov 4th, almost 7AM, somewhere in the south of The Netherlands… A bus is waiting, its passengers arrive from everywhere. They seem to know each other. What’s going on?

Well, I’ll tell you what’s going on: it’s the first ever visit of about 50 Dutch User Group (VNSG) representatives (mostly from the different SIGs) to Walldorf in order to learn from SAP about their future direction and how it will impact customers: 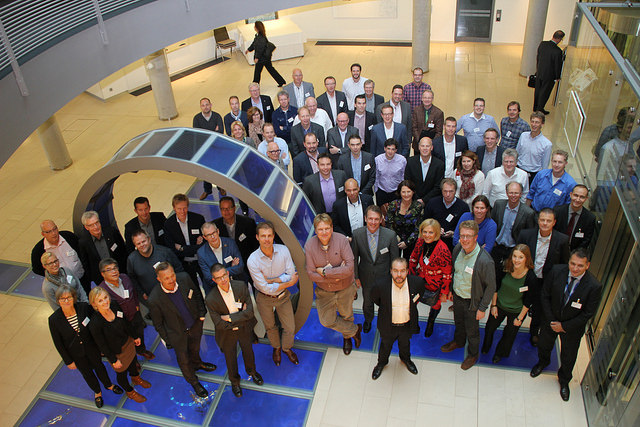 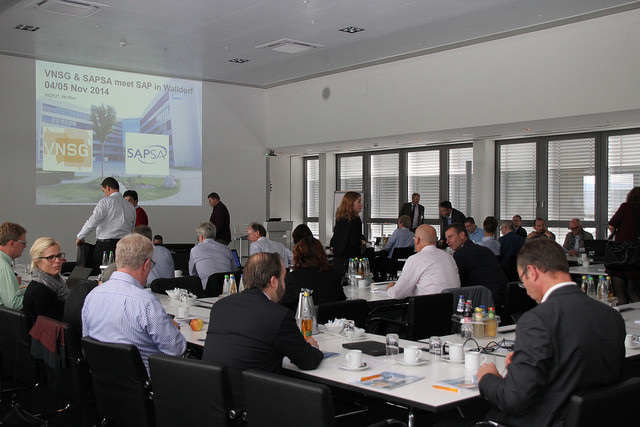 (More pictures of this event can be found here)

On behalf of the SIG Custom Development Jan Penninkhof and Jan-Willem Kaagman were present, and they got to talk with Wolfgang Weiss. He told them that SAP had prepared a hands-on workshop to show an end to end scenario involving not only ABAP, but also HANA, Gateway and SAPUI5. This scenario was going to be used at sapteched (yeah, I know, sapdcode) and would it be of interest to the Dutch developers?

Well, add ‘hands-on workshop’ to SIG ‘Custom Development’, and you have your answer 😎 . So we went forward with this idea, and tried to organize this workshop. For a hands-on workshop like this you typically need: a location, food and drinks, and experts from SAP to guide us through the scenario and the exercises. Mind you, most of the regular meetings of the SIG so far consisted of some presentations and/or a discussion, and took up an afternoon, typically 1PM – 4.30PM. This time we wanted something a bit more special, and give the participants more time to play around with the different technologies involved. Hence the food 😉 .

Does this already sound familiar? Yes of course, it sounds just like an SAP CodeJam! Since SIGs within the VNSG usually don’t get any funding one of the ways we tried to get our expenses covered was by asking Craig Cmehil to fund us and treat it as a regular CodeJam. Craig didn’t have any problems with that, so that was one hurdle less for us to take.

Another issue was finding a location. Before, meetings used to be held at the Dutch headquarters of SAP, but they’d stopped offering rooms for user group SIG meetings. Besides, we needed more room than usual, because it would be hands-on. Luckily we found C/Tac NV, a Dutch SAP partner consultancy firm, willing to host us. Many thanks to Ben Meijs for arranging this!

Of course we also had to pick a date on which the location and the experts would be available. As you can probably guess by now, we decided on Mar 26th 🙂 .

With everything settled it was time to send out an invitation to the members of our SIG. When we opened the registration on the VNSG website, we were completely overwhelmed: the 40 seats were gone in about 24 hours! We got Ben to offer an additional 10 seats, but these were also sold out quickly. In the end we had about 35 people on the waiting list! So yeah, they came…

In order to give everyone the opportunity to attend this workshop a few weeks ago we started making arrangements for a second workshop. This one will be held on Thu Apr 23rd, 4 weeks later. And as I’m writing this blog post, we’re again almost fully booked.

Well, of course it was excellent! You don’t expect me to say anything else, do you? But seriously, it was a good workshop, at least that’s the feedback I’ve got from several participants. Usually a CodeJam focuses (with good reason) on one technology. We’ve had our fair share of those in The Netherlands. But after trying out the different new technologies one by one, it makes great sense to combine a number of them into an end to end scenario as demonstrated in this particular workshop. So I’m very happy with how the CodeJam format evolves, and I think we could use even more of these E2E scenarios.

The only thing that wasn’t top-notch was the responsiveness of the backend system. It remained unclear what the exact issue was, but let’s just say typing beat code completion easily. And that can’t be right, now can it? 😕

Of course we had 2 experts coming over from Walldorf, and despite the fact that Wolfgang Weiss couldn’t make it, we were still lucky to have the now internet-famous ‘Open SAP ABAP on HANA’ duo: Jens Weiler and Jasmin Gruschke : 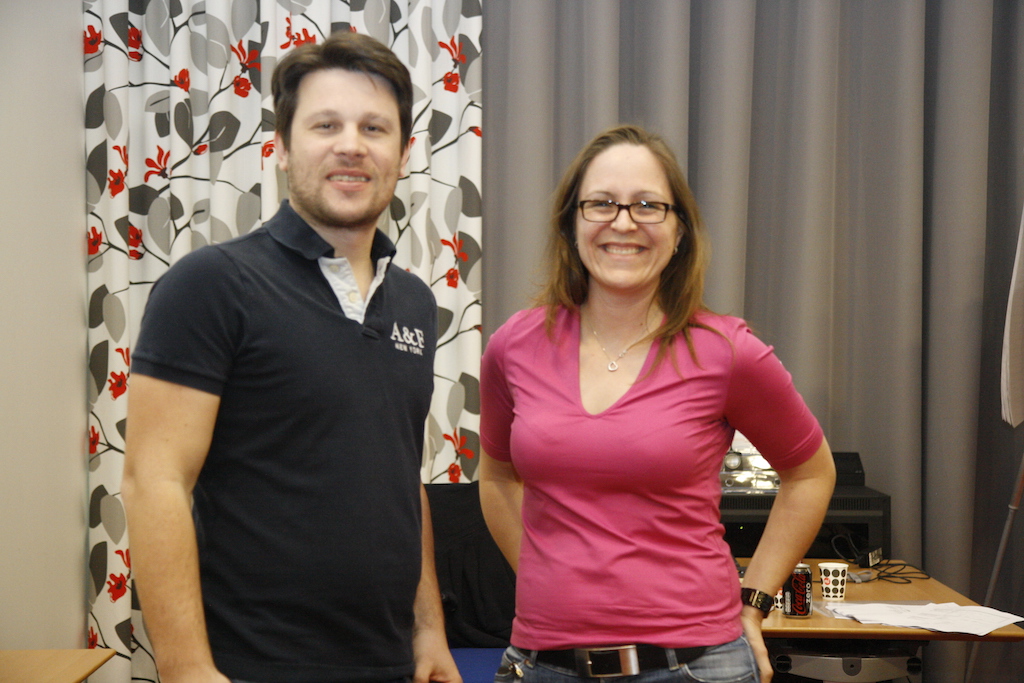 A report on a CodeJam event is never complete without some pictures of the event. In pseudorandom order: 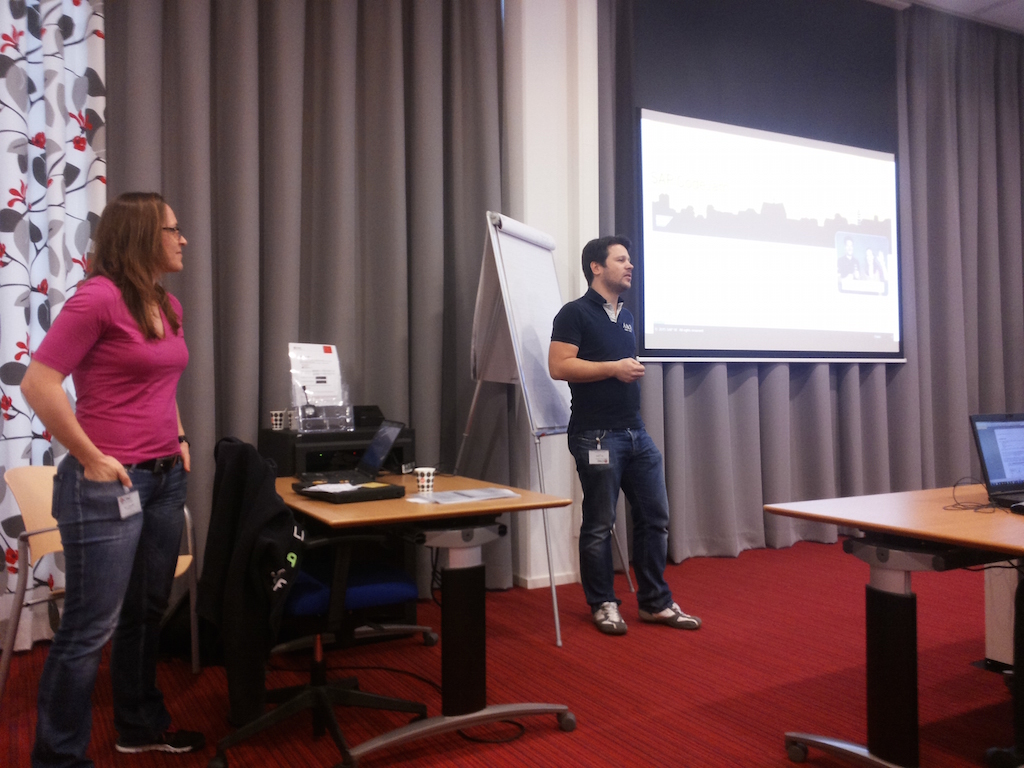 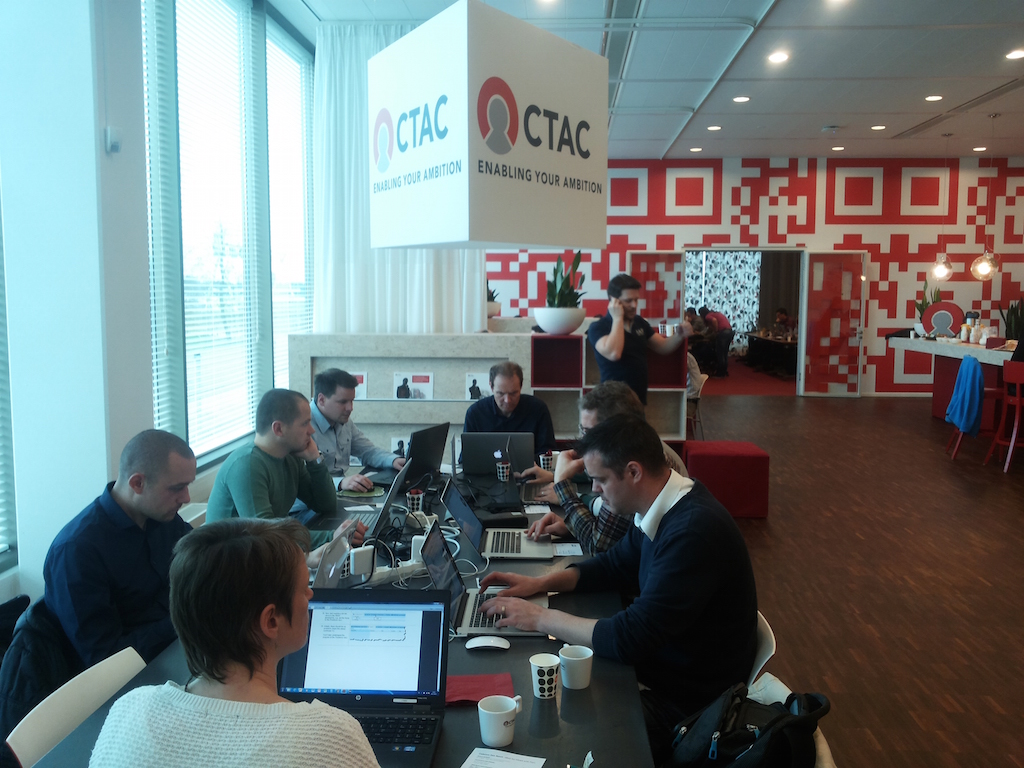 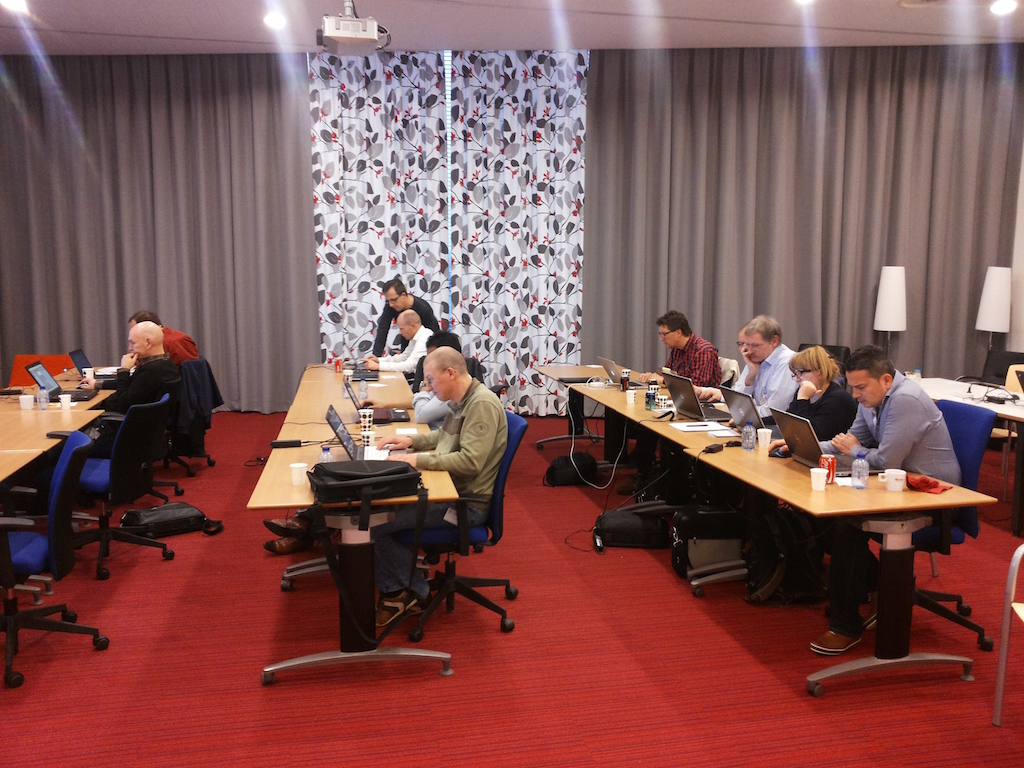 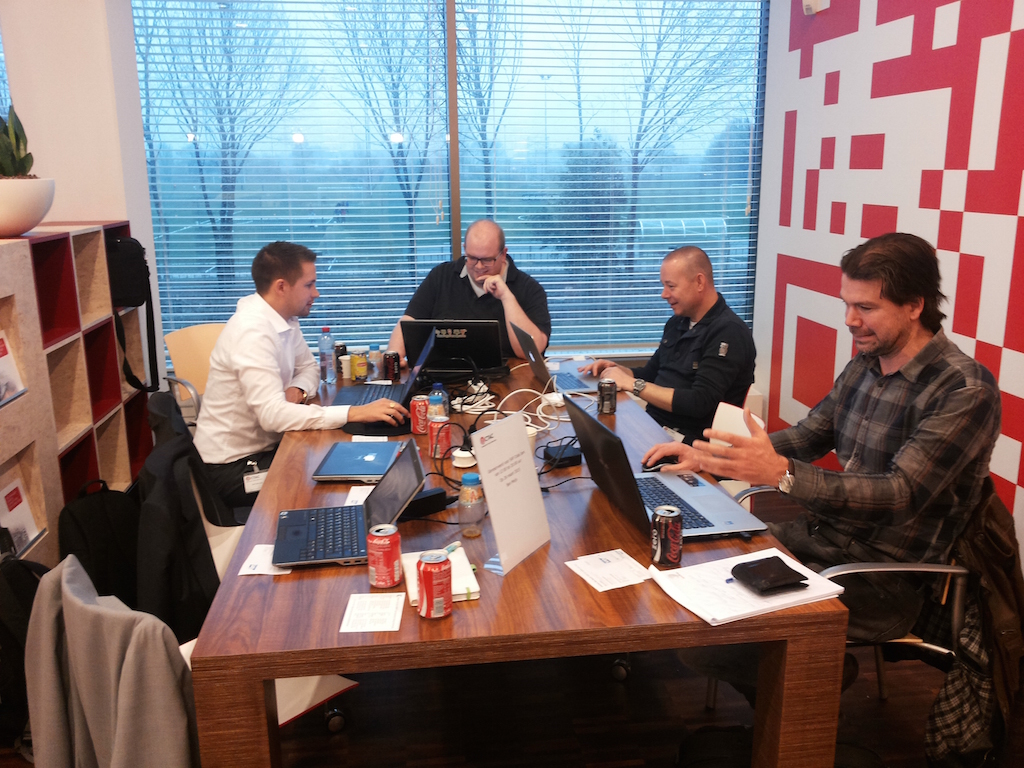 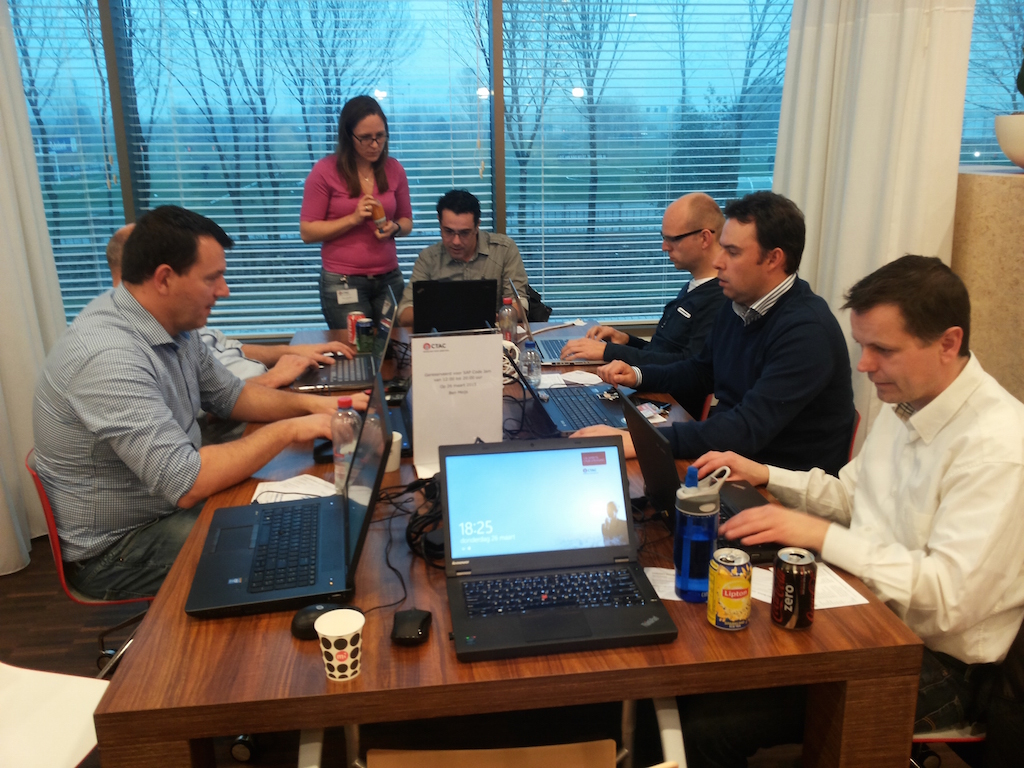 And of course, there was the food…

Unfortunately I don’t have fancy pictures of the food (I was late to that party), but look at those faces, and it will be clear the Italian cuisine was highly appreciated 🙂 . 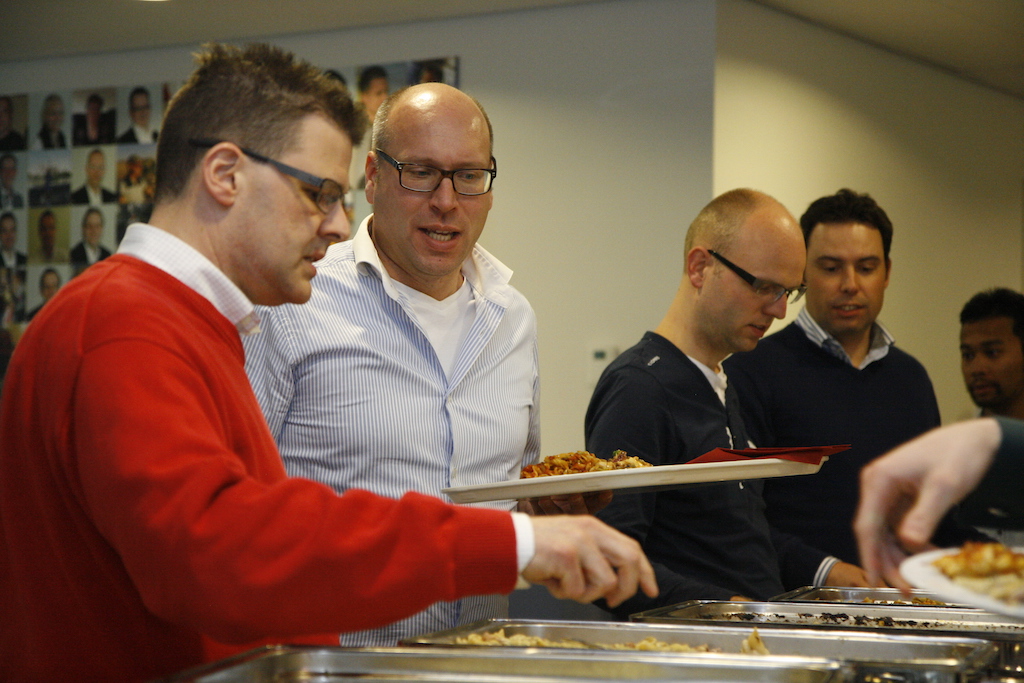 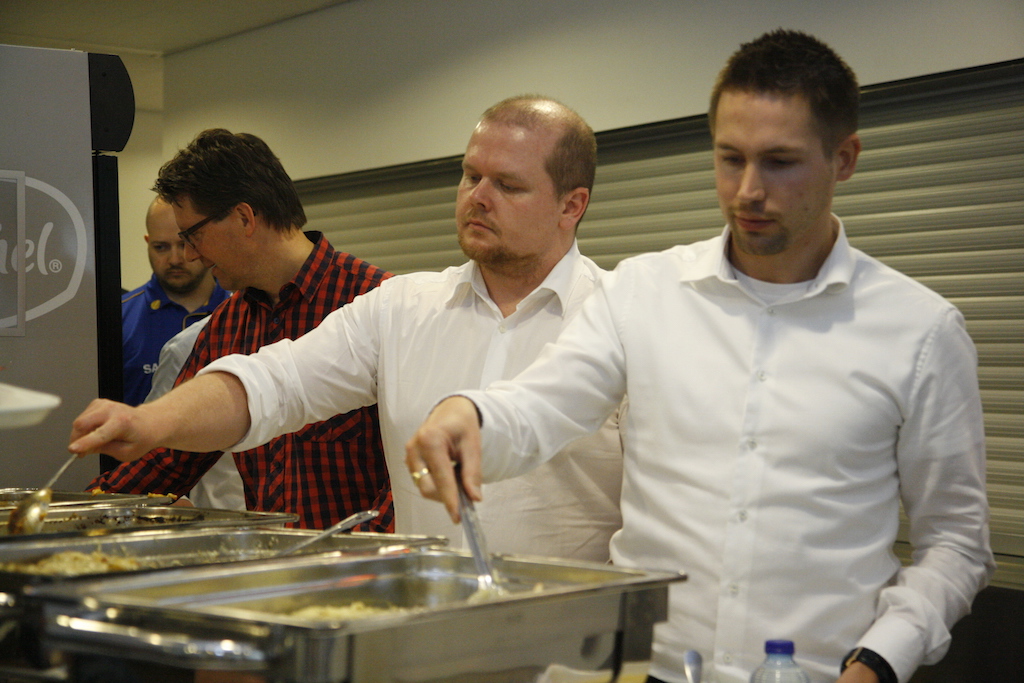 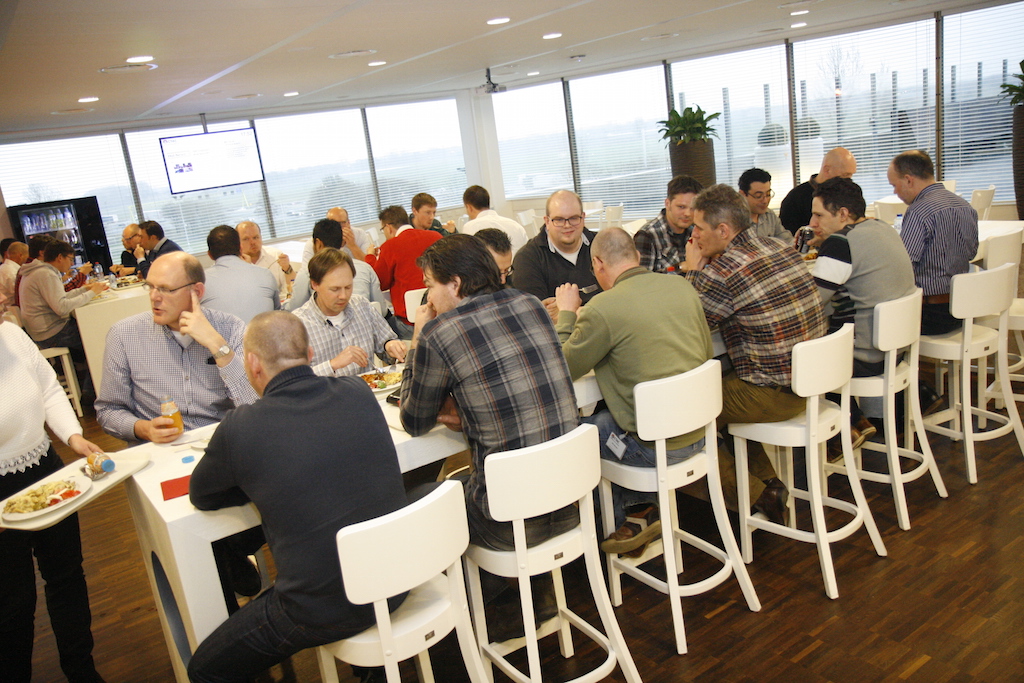 Well, a number of things actually. First of all, as already mentioned we will have a second (identical) workshop in about 4 weeks to enable more SIG members to attend this workshop and learn to build an E2E scenario.

Independently from the SIG Twan van den Broek has already announced another CodeJam, on May 29th on the Internet of Things. This event will be hosted by SAP partner The Next View.

So it will for sure be another busy year for SAP developers in The Netherlands!

Even though I was the only SAP BI consultant present 😆 , I felt more then welcome, had a great time, enjoyed the many things I've learned (about ADT, ADS, CDP & AMDP) and have already enlisted for the "IoT" Codejam!

Big thumbs up for all involved in arranging the above Codejam!

Being the very first one to register you'll be in alright 🙂 .