Last week Christian Drumm (@ceedee666) and Fred Verheul (@fredverheul) had a short conversation on Twitter about functional programming in ABAP which results into new code on the internet project “Rosetta Code“. 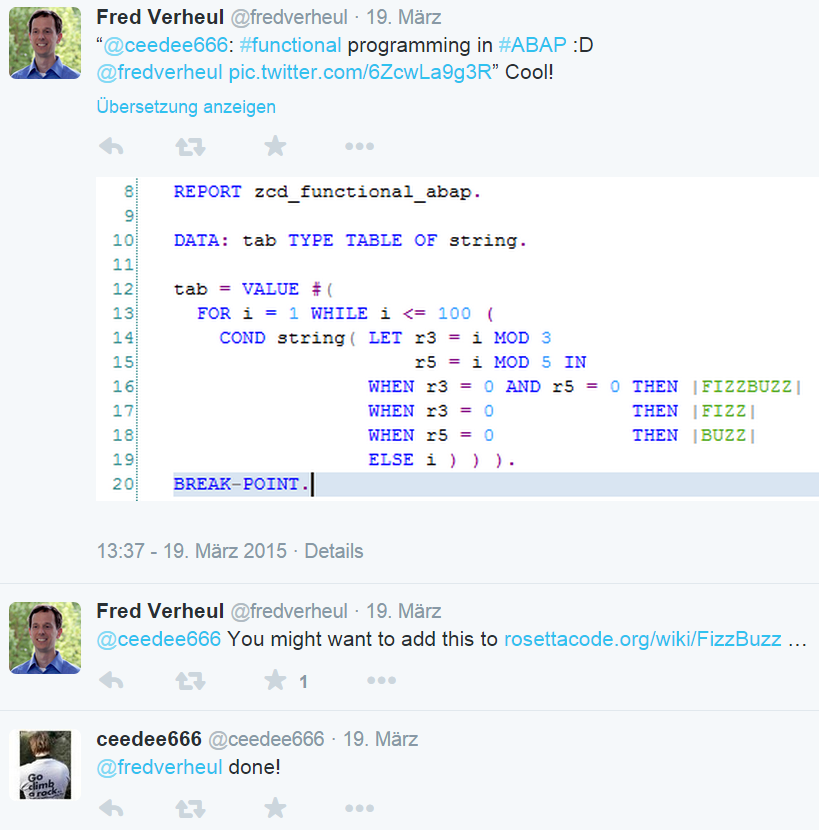 On Rosetta Code developers “present solutions to the same task in as many different languages as possible”. From 766 tasks currently only 31 are solved in ABAP.

We can do better, can’t we?

To motivate our ABAP friends to help us to increase the number I’ve reached out to the SCN Gamification crew and asked for new badges. Unfortunately there is no program yet to create missions for external stakeholders. Now I’m searching for an SAP internal sponsor who is willing to fund the creation of these missions. Anybody out there?

However, feel free to contribute to Rosetta Code also without badges (badges may be awarded later if possible).

This was the most interesting one:

I like this initiative, it's fun to see how ABAP compares to other languages. for examploe, in the last link above I made a code that was bigger than the assembly solution 😯

We can do better.   Cool site.

We should ask again today with a new mindset on it.