SAP InnoJam A tale of two cities – an Innojammer’s perspective

Even though I had taken a lot selfies, I did miss out on a very important one, my twitter interactions were at an all time high, I forged new relationships, made new friends, and for 32 hours was awake eating and drinking but for the most part coding. A week so packed with activities that its hurried termination etched strong lines that will take a lifetime to fade.

I am John Omesili, I live in Paris and I participated in CeBIT15 SAP InnoJam at Hanover, Germany. Back in 2014, a guest lecturer from SAP University Alliances programme in person of Didier PETITJEAN had spoken to my class about interesting activities within the SAP ecosystem, one of which was the InnoJam. We all missed the 2014 innoJam, but I made plans to attend the next one, a promise I kept true by qualifying to be among the 70 students who made it last week.

One of the most intriguing questions I used to ask was “What do SAP Consultants do?”. The interaction between the University Alliances(UA) programme and students helped put this in perspective especially through the InnoJam to work with SAP Consultants.

Not all who work at SAP are techies, some just know how to do the talking, Storytelling is what it’s termed. When I got to attend was the SAP Big data truck tour at SAP’s France office, Lord, that presenter know how to sell Ice, but story telling was taken to another level when Ian Kimbell mentored my team’s demo presentation. with these few unveiling experiences and other unmentioned benefits, I would count myself as one who has enjoyed the UA programmes.

The Innojam is a coding challenge contest organised by SAP for students where the use of SAP technologies is spiced with innovation and design thinking in order to prototype real life business scenario while providing its participants the opportunity to directly learn from SAP Professionals all withing 32 hours.

Kicking off development during the Innojam was quite interesting for me, I suddenly found myself in a whole new world, it was like being a country where I could not speak the language. I had to work with a team that had not much experience in SAPUI5, I felt powerless, the thought of championing the coding within 32 hours compared to watching a Youtube video on a 2G network. In a world where time was limited, I quickly pulled out my project management skills and put in place a delivery strategy.I ensured apportioning of tasks to team members between research, code and design. I knew that spending a few hours putting my team through the rudiments of SAPUI5 was the right investment that would pay off.  And so the long night started. 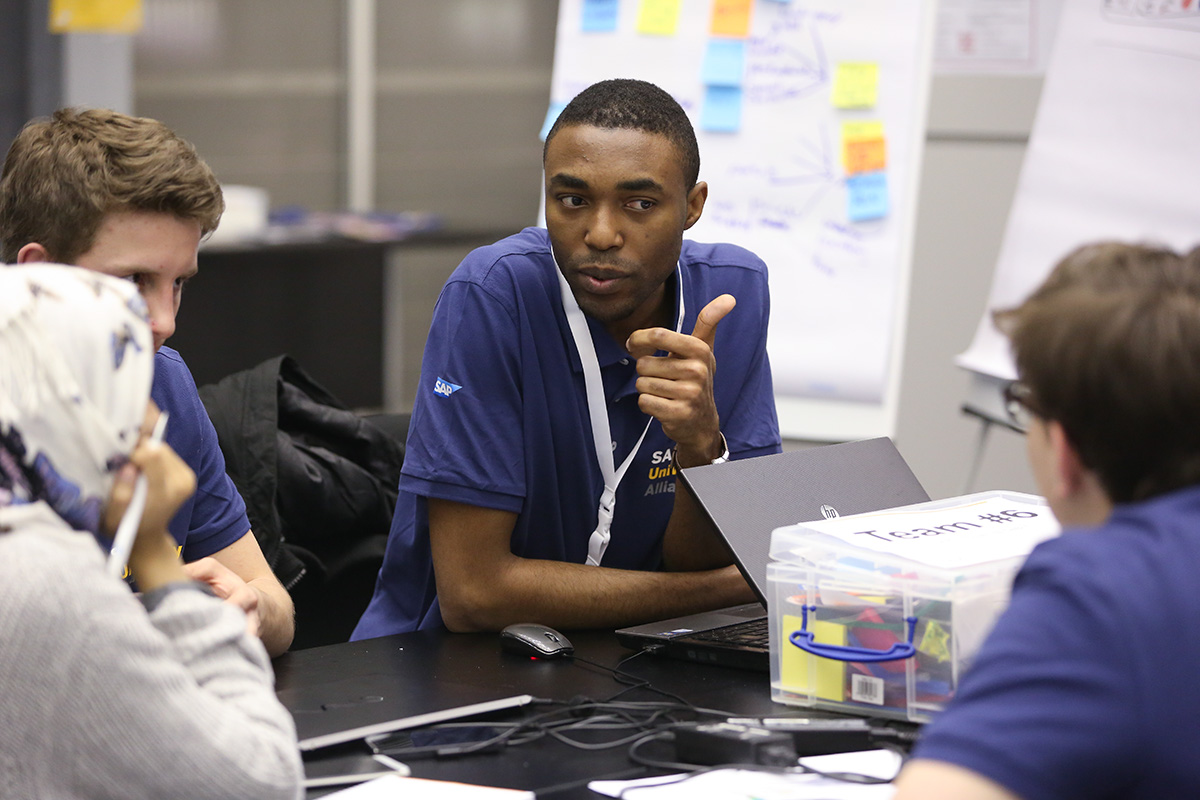 I guess I had started something good because right after the first round of heads to the 404, 503 and offline sessions -sleep,  these guys had started asking the right questions on navigating the documentation and SCN wonderfully. I was indeed happy that I had passed some knowledge to the team. This motivation drove me through the rest of the day until we accomplished each task set out for the project.

Alertness took a hit at me during the stage presentation, Benedict, my team member,  had perfectly planned out the sequence of the story and just when I needed that tenacity the most to sell our smart traffic idea to the judges, the baton fell. A little staggered miscommunication brought the Judges bells ringing and saw us over shoot the allotted 6 minutes by 3 seconds. But, yeah, heck of an introduction selling the idea, the judges and other Innojamers could not forget that and we know who thank for the power of a beautiful story.

Did we win the Grand Prize? No, but we were all winners, each according to his/her own contribution towards ensuring that the goal set out was achieved, for me, that was the  definition of success, to pursue and achieve a worthy ideal. 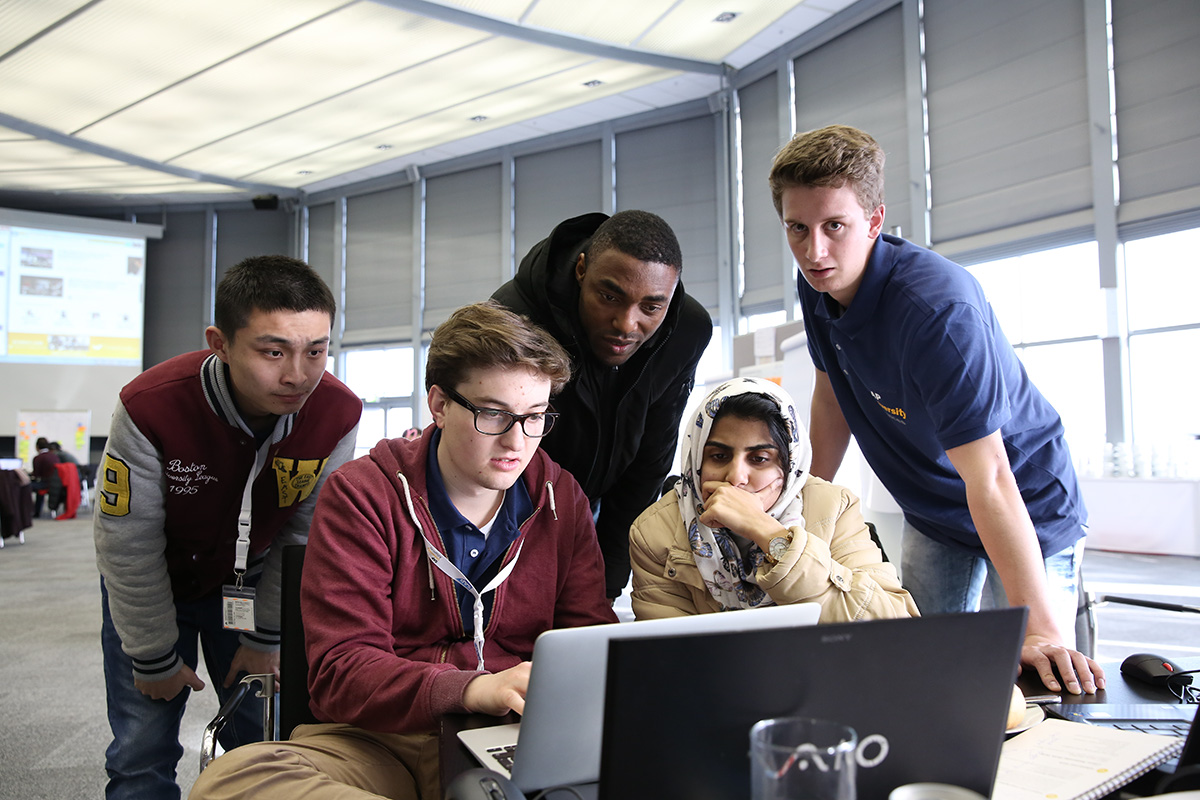 The InnoJam is over and I have returned to Paris, I will wrap up my Internship this month at BMB Services, graduate by the next and start out as a vacataire administrative teaching HANA Cloud Platform for Dummies at ESIEE for the current semester’s SAP course. I see a wonderful opportunity here. I am sure that I can pass the torch from Hannover to Paris and prepare a new breed of InnoJammers come next spring.

So watch out for the ESIEE students next year and maybe, hopefully, I get a chance to take that selfie with Bill McDemortt. Tchuss!!!!!!!

Here is very short video of the event