The SAP Community Triathlon – InnoJam, CodeJam and SAP Inside Track in one week

Last week I had the honour to attend at three SAP events, InnoJam, CodeJam and SAP Inside Track in Frankfurt. All of them where amazing and all of them would be worth to write an own blog about. A real SAP Community Triathlon.

The week started with  InnoJam at Cebit as a Coach for SAPUI5. The event was organised from the SAP University Alliance.

What a great experience to work with young people for two days. The task was to build something around the topic smart cities with groups like smart home, smart campus, …

On Tuesday the participants where running through the design thinking process. At the end of the day they implemented their ideas until Wednesday 5 p.m.  The environment was Hana Cloud Platform and SAPUI5.

It was more than fascinating to see how fast they where able to build applications on a for them unknown platform. We as coaches didn’t teach them the details but gave the idea where to find information, tutorials and examples. I didn’t believe it in front of the event but some really coded the whole night. The results where amazing.

At the end every group presented their result coached by the one and only Ian Kimbell. The winner has the chance to present the result at SAP Teched in Barcelona.

At the end it was a great event and I would have been more than happy if I had such a chance to attend at such an event during my studies. And I don’t fear about the future if I see this generation.

Thanks to Juliane Krampe and René Wohllebe for the organisation of this amazing event.

Sometimes coaching can be a very hard job.

On Friday was a CodeJam organized, in front of the SAP Inside Track Frankfurt. Jasmin Gruschke and Jens  Weiler prepared a fantastic Tutorial around the Topic ABAP on Hana. Going through this was a fantastic chance to get in touch with the newest stuff around ABAP and UI5. Great to see how theses worlds are coming together more and more. And interesting to see how SAP opens the platform for things like CDS. 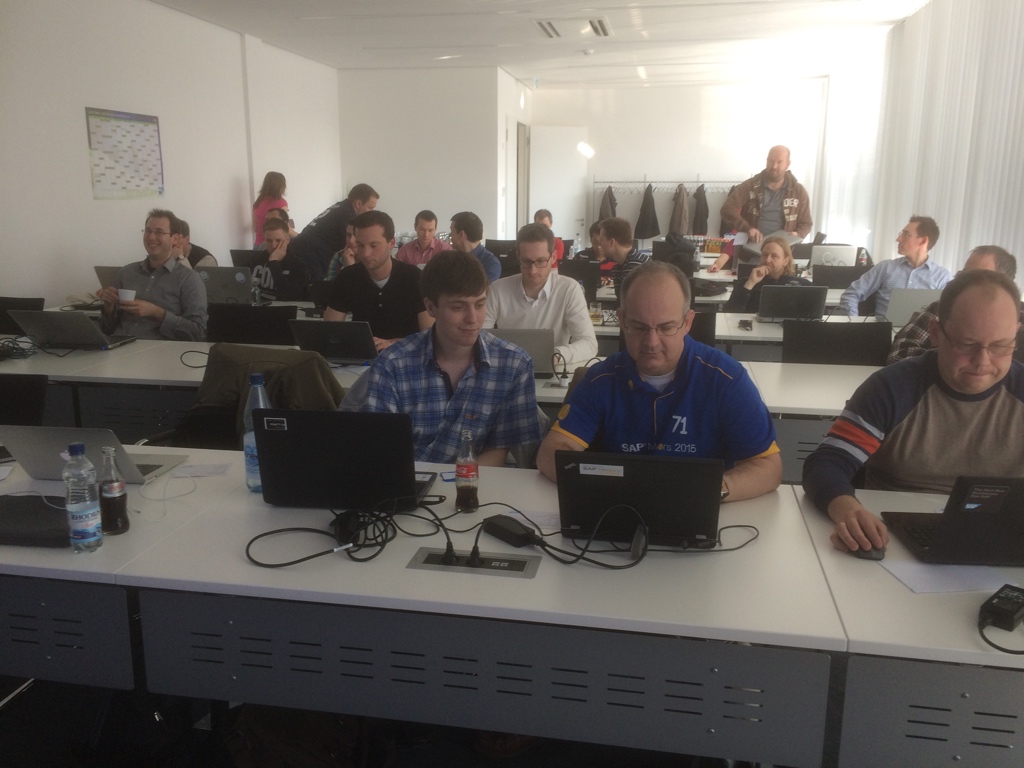 Last but not least the SAP Inside Track in Frankfurt. What an amazing event and what a success! First of all a big thank you to the organizers Hendrik Neumann, Christian Braukmüller and Tobias Trapp. You did a great Job!

It was the first SAP Inside Track with a waiting list at least in Germany, probably in whole Europe.

If you search Twitter for #sitFRA you will get lots of comments and photos. Fantastic sessions, no marketing but pure technical stuff.

I had the chance to hold a session about SAPUI5 on an iPad with Apache Cordova. At this point I can motivate everyone to attend to SAP Inside Tracks or even better to have an own session. The discussions and what you get back is more than valuable and a great experience. 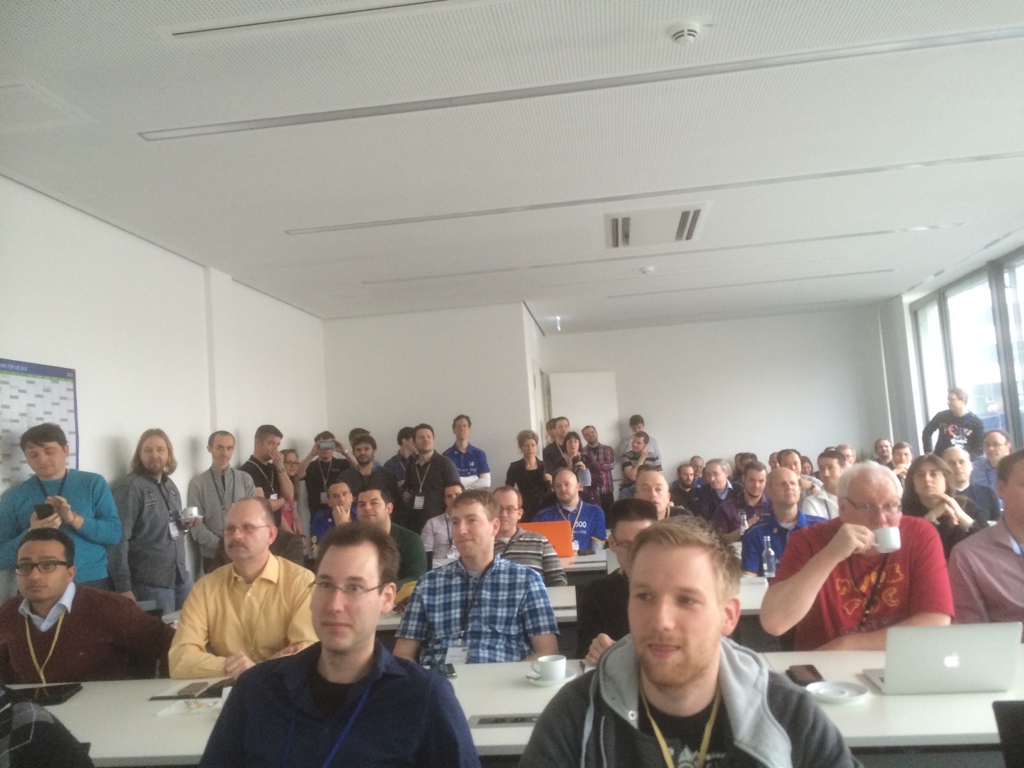 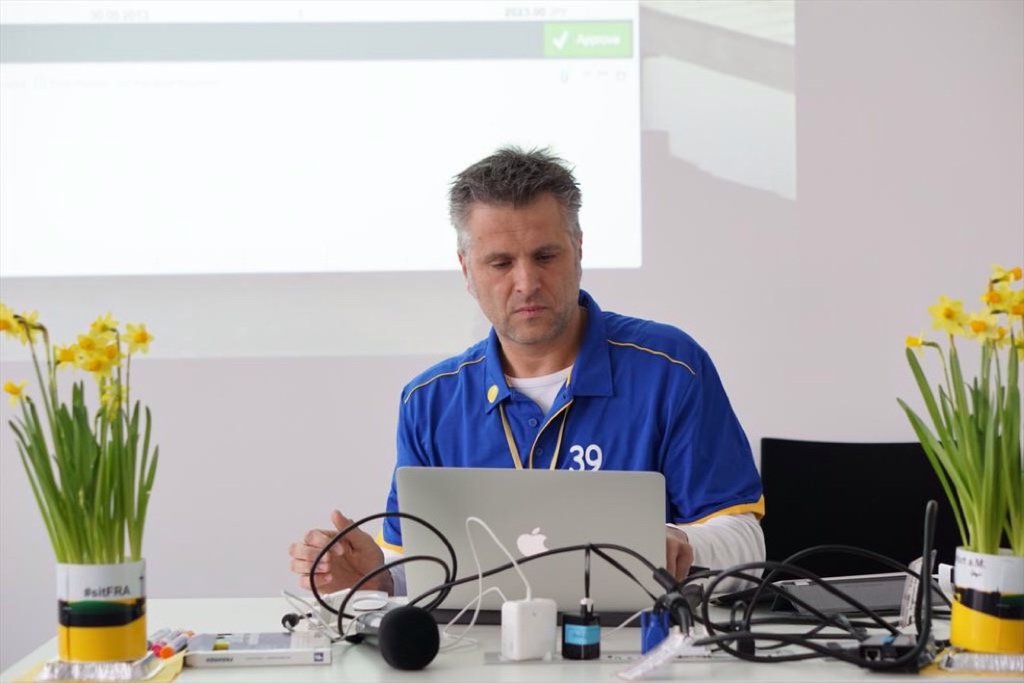 Nice read + great photos (love the daffodils, even took one home with me, thanks Christian Braukmueller).

I'm sorry I couldn't attend your session, but I agree: it's best to host a session whenever possible!

it is a pity that our sessions where against each other. Next time I will attend to your session, promised.

You are right, I am glad to be back at work, but one the other side I collected a lot of energy this week, that helps me for my daily job. Couldn't be without that.

what a community driven week you had... 🙂

thanks again for your great support and dedication!

It sounds as the community can be hard work too 🙂

From my side also thanks again to the organizers of sitFRA!