Most readers will recognize this catch-phrase celebrating the annual NCAA men’s college basketball tournament whose opening rounds just concluded. The tournament includes 64 teams organized into four separate regions which play over three long weekends until deciding a champion. Some – including me – believe it’s the most exciting tournament in all of sports, due to its history of close games and dramatic finishes.

While the term ‘March Madness’ is often used to describe the entire tournament, the opening four days which reduce the field from 64 teams to the so-called Sweet Sixteen usually produce the most drama. Over the 30 years with this tournament format, the four #1 seeds have never lost in the first round to their #16 seed opponent but the remaining seeds have not been nearly as stable. The #5 vs. #12 matchup has been particularly volatile with the 5-seed only winning 63.3% of the time. By comparison, the 6-seed has beaten the 11-seed more often, 65.8% of the time. The #8 vs. #9 is essentially a toss-up; in fact, the lower seeded team has won slightly more often.

With so many upsets, it’s tough to pick one that stands out but I’m partial to the 1991 semifinal game between UNLV and Duke. UNLV had won 45 games in a row and had beaten Duke by 30 points in the 1990 finals. But the Dukies — led by Christian Laettner — won 79-77. That game, and the infamous buzzer-beater against Kentucky the following year, sparked a generation of Duke and Laettner haters.

Speaking of Kentucky: they are on a 36-game win streak and are looking to avoid UNLV’s fate. They have decent odds. 18 teams have entered the NCAA tournament undefeated and 7 of them have won the national championship. Intriguingly Kentucky might meet Duke in the title game.

Some other tournament factoids:

The NCAA tournament has had a proud tradition since Villanova defeated Brown 42-30 in the very first game on March 17, 1939. Regardless of which team you root for, with so many upsets already this year, the tournament makes for an entertaining – an unpredictable – experience.

That’s the madness of March.

This blog was originally posted on Manage by Walking Around on March 22, 2015. 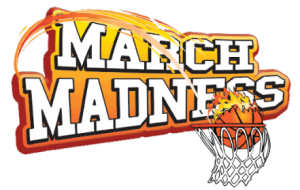