How to uninstall the Automated Predictive Library in SAP HANA

I thought it would be useful to share when and how to uninstall the Automated Predictive Library (APL).  Removing is a lot easier and quicker but it is not documented anywhere that I have seen.

When you update HANA revisions, for example from 93 to 94 then you need to uninstall and re-install the APL.

You can’t just install the APL again because the installer detects that it is already installed (even though it won’t work).  So you need to manually remove APL by deleting it.

I have done this via these commands

Now you can easily re-install with the original APL installer

At least four years after your blog, there is a chapter covering the necessary steps in the "SAP HANA Automated Predictive Library Installation Guide": 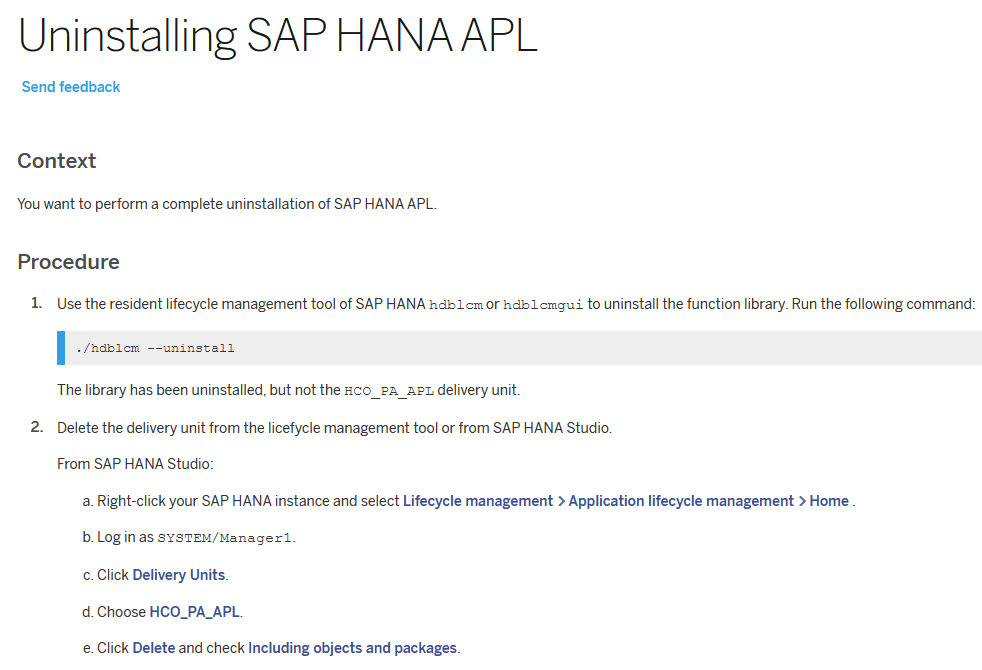