Why Korean Films are Now Showing at Theaters Worldwide

In 30 years the Korean film industry has gone from being tightly controlled by the government to having one of its films win the Venice Film Festival in 2012. In 1984 the existing Motion Picture Law was reformed and hidden talent began to emerge from all over Korea. By the mid 2000’s the Korean cinema industry began to gain international recognition as being among the finest producers of films in the world, and 2012 saw the highest number of tickets sold in the history of the Korean film industry. But just how did all of this happen? 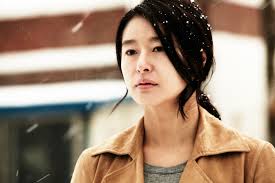 One of the major drivers in the rapid progress of Korean filmmaking has been the support provided by the Korean Film Council (KOFIC). They help support Korean films within the country and promote them to international markets through film-based cultural exchanges. With this in mind, here are a few reasons movie goers can expect to take in some Korean cinema soon.

The resulting simplicity has dramatically improved overall employee performance. A few other notable benefits from the implementation of SuccessFactors include:

Perhaps Yang Kyu Shik, a team manager at KOFIC, described the impact of utilizing SuccessFactors technology best, “The platform is simple and helps us get the most out of each employees talent.”

Talent is indeed the operative word when it comes to explaining the spectacular rise of Korean film. Subsequently, KOFIC plans on continuing to bring even more Korea to Hollywood as well as box offices around the world.

Talent is for sure one of the main reasons for the success of Korean movies - I was lucky to see some of them (bin jip, old boy) and they are absolutely awesome!

In Europe it is not easy to get hold of Korean or other Asian movies: easier access to movies by avoiding the preselection of cinemas (Internet) and availability in English will also support their rise.

Beatriz, have you seen The Host? Another great Korean movie.

Great post Darren, thanks for sharing. Had no idea there were so many moving parts working behind the scenes in the Korean film industry.

Thanks Tim. I'd imagine that being able to attend a master class with JUNG Doo- Hong would be action packed on many levels!