What does a queue-watching solution, opening a d-shop room, and a big data meetup have in common? They all exploit the emerging trend of Internet of Things (IoT).

At the lunchtime you can feel that SAP Hungary is growing fast. Due to the high number of newly recruited colleagues, the queue is so long sometimes in the canteen that it goes in front of the main lobby. While the majority of 630 people have been reacting differently to it, some saw an opportunity in the situation and they come up with an idea. Do it Yourself for the benefit of all

From one day to next, small sensors were put on the ceiling, where the queue usually forms. They are connected to a small computer, which sends the signals to a tailor made dashboard application. With its help, people can track the canteen’s traffic in real time, so colleagues even from the other SAP building know exactly when they should leave for lunch, so they can avoid having to wait long for getting lunch.

When more and more colleagues noticed the sensors, they asked Balázs Nyers, support manager at SAP Hungary, why they didn’t put webcams into canteen for this purpose, but they were not allowed to because it is forbidden by local laws. According to him this application shows that Internet of things is closer to us, than many colleagues think. 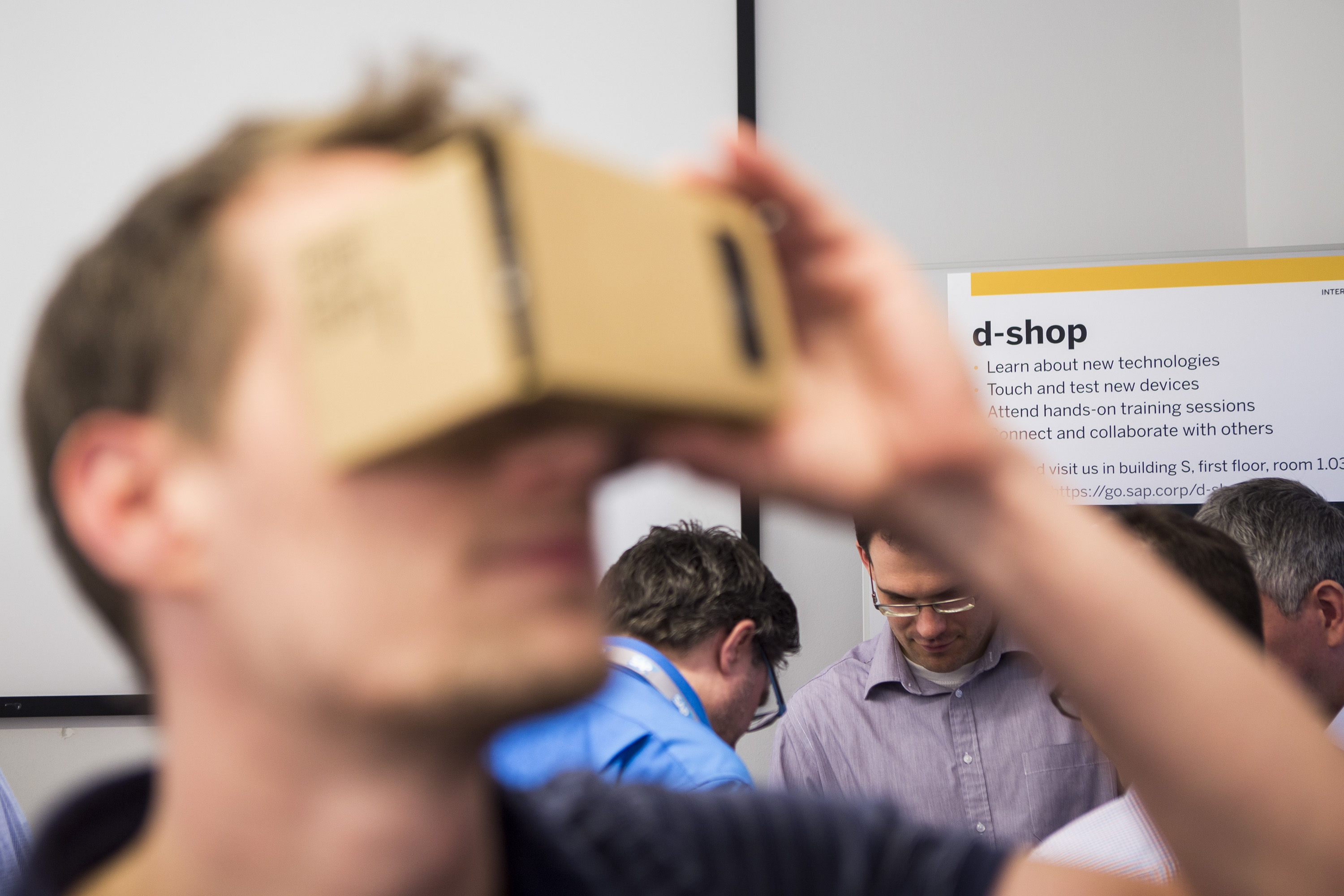 What can you buy at d-shop?

In order to pursue also this kind of grassroot innovation, a dedicated room was unveiled last week, where not just developers, but all employees can explore and play with latest gadgets, Internet of Things technologies. People can also discuss, prototype their ideas or make something extraordinary with the 3D printer, or smartglasses here. „You can try out even how to maneuver a drone’s flight with your mobile”- told Peter Csontos, development manager, who organised the setup of the d-shop in Budapest.

Markus Hilken, who heads the soon its 10th anniversary celebrating Hungarian development center, reminded the colleagues at the opening ceremony, that Internet of Things is a phenomenon where SAP is well positioned with its applications and HANA technology. „But don’t take the future for granted, your innovating idea will influence how much the company can exploit this trend”- said at the ribbon cutting ceremony. 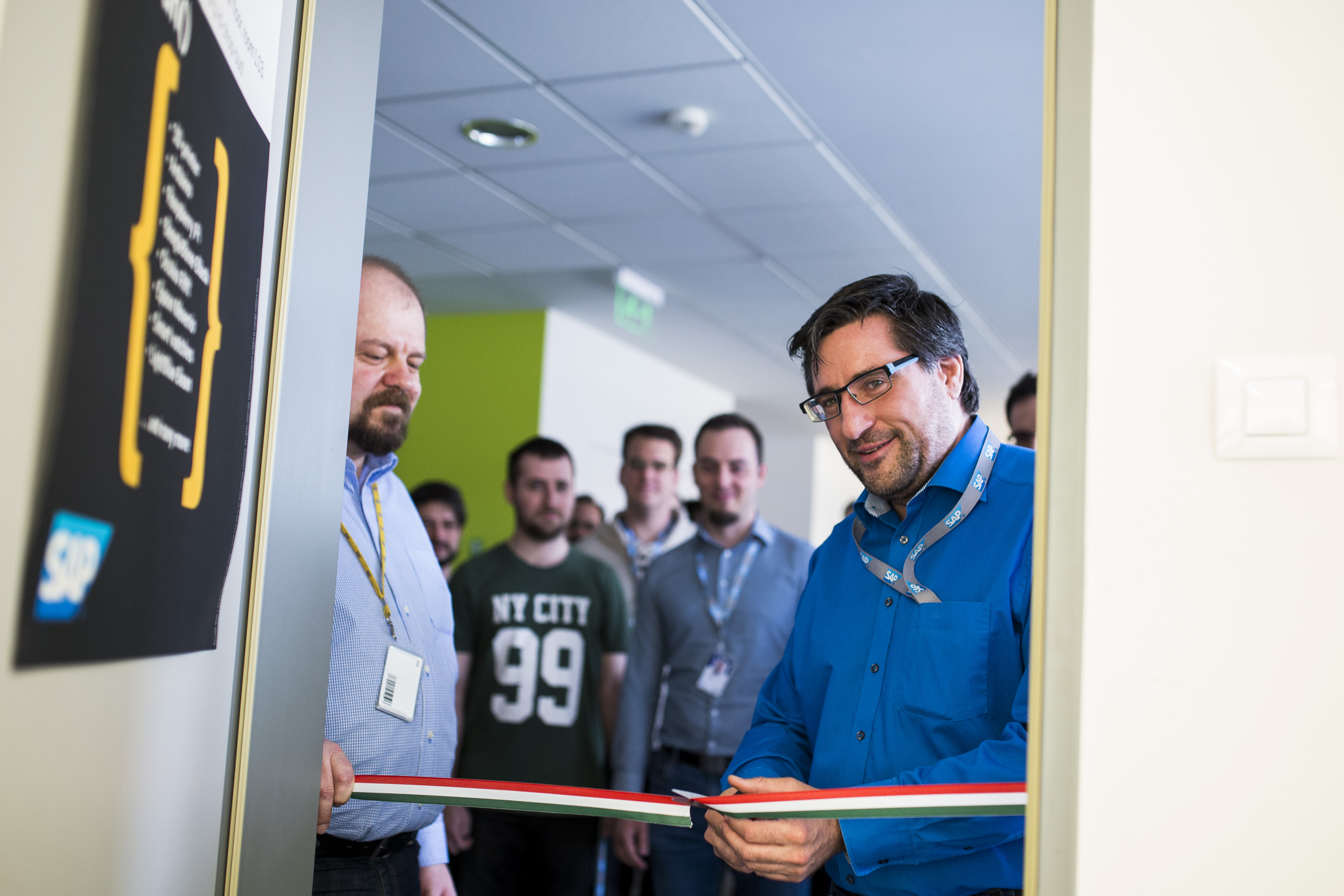 At the day of the d-shop opening, SAP Hungary also organised an event for the public on big data topic to showcase the Internet of Things phenomenon, in co-operation with a well-known local meetup group. Around 50 people not only enjoyed the professional presentations, but at the end the boxes of pizza as well, for which they didn’t have to queue up. 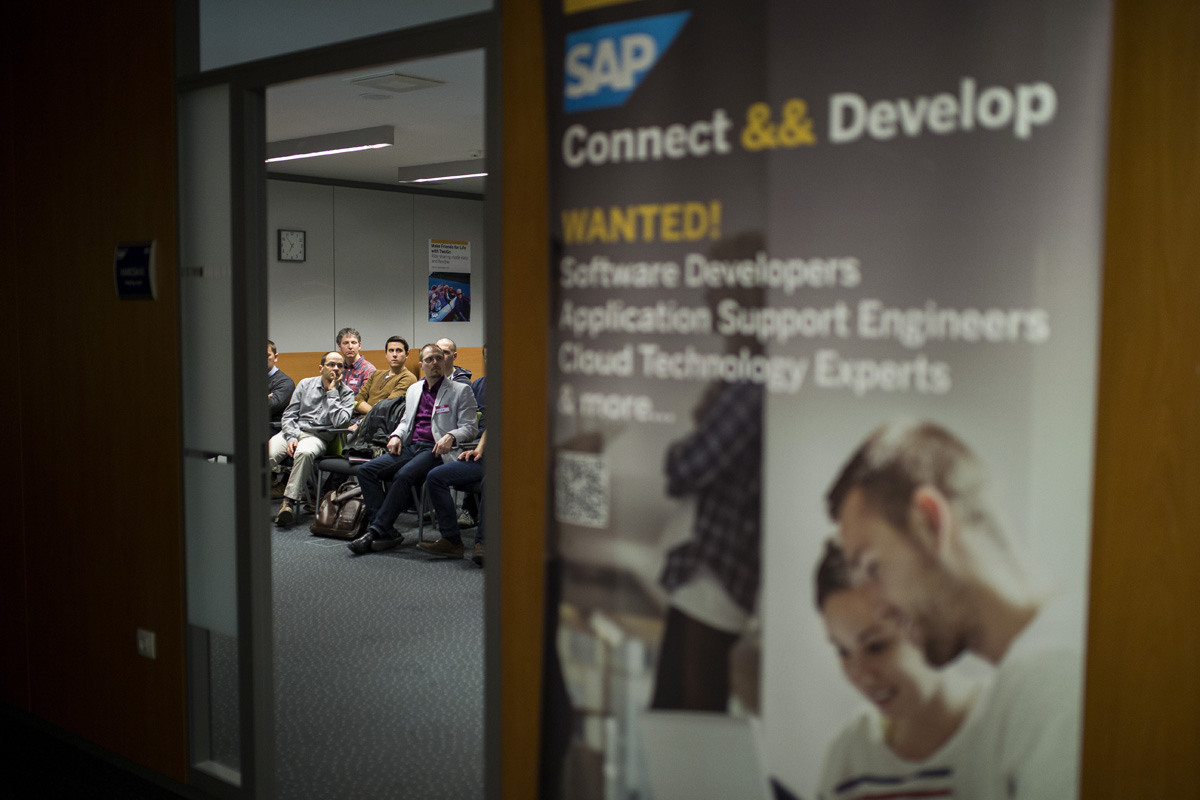