So today I followed with interest SAP Inside Track Frankfurt by looking at the event’s twitter hashtag #sitFRA.  From the site it says “FRA is the international abbreviation for the Frankfurt Airport, the largest airport in Germany. “

I exported the tweets to Excel and then used Lumira Desktop (mostly) to analyze.  Unfortunately I experienced some errors when trying to publish to the Lumira Cloud, so I will save that for another day (possibly) 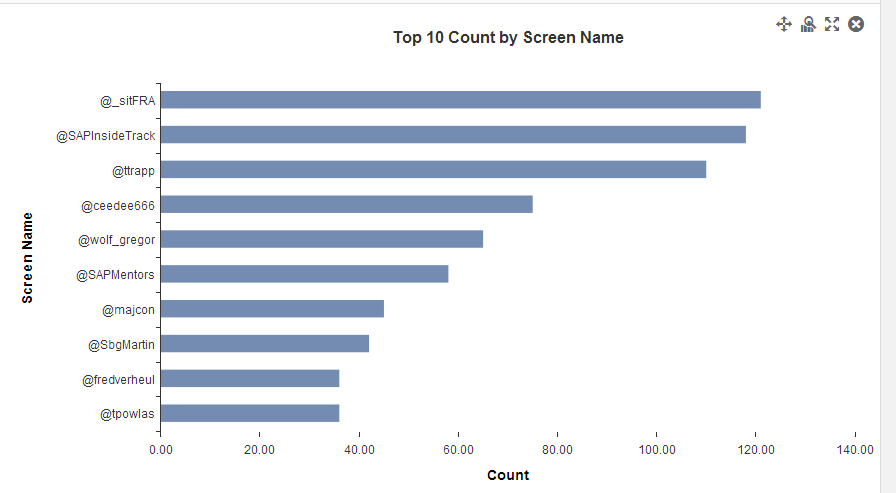 The above shows the top 10 count by screen name over the last 7 days of those using the sitFRA hashtag.  Of course, the organizers of the event had their own twitter handle @_sitFRA so they had the most tweets at 121

Next a review of tweet counts by time zone 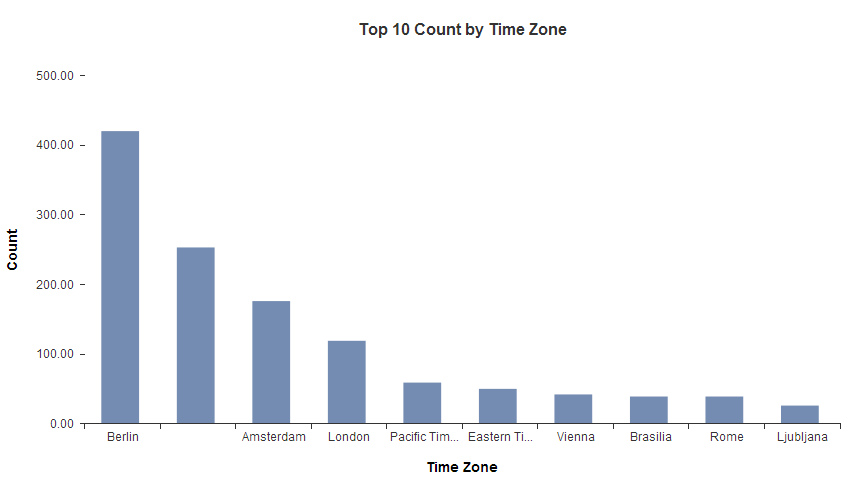 It’s no surprise that the most tweets came from the Berlin time zone.  Also the Amsterdam time zone had 176 tweets with attendees from the Netherlands.  Pacific time zone (US) had 59 tweets.  London had 119 tweets. 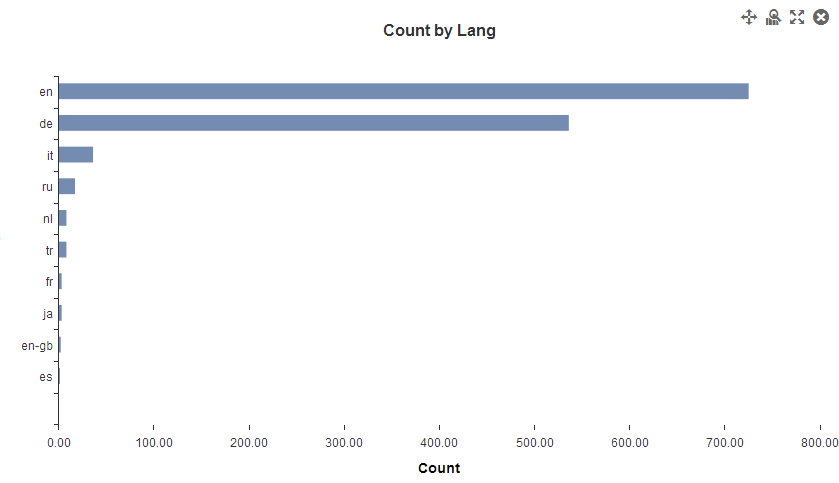 Next as a recommended visualization I see language on the tweeter’s profile.  Most are in English with German being second.

I can see who tweeted in the Pacific time zone

I had some experiences with the aggregations in Lumira so I went to Excel to see the top tweet with the most retweets:

Next highest retweet was this one from the @SAPInsideTrack handle with 16 retweets and 8 favorites:

Very cool to have several passionate developers from @SAP present lab stuff and hobby projects at #sitFRA. COMMUNITY = ALL OF US!

So more analyses to come when I can.

you know how to grab data to analyze. Thank you for this. It is really nice to have this nice summary just a few hours later.

Tammy great analyzing thanks for the effort. Drilling down for time zone helpful data. I should use this 🙂