Surprising March Madness Facts That Retailers Can Learn From

Will you get sucked into the madness of the NCAA Final Four Tournament this year? It’s OK if you do. 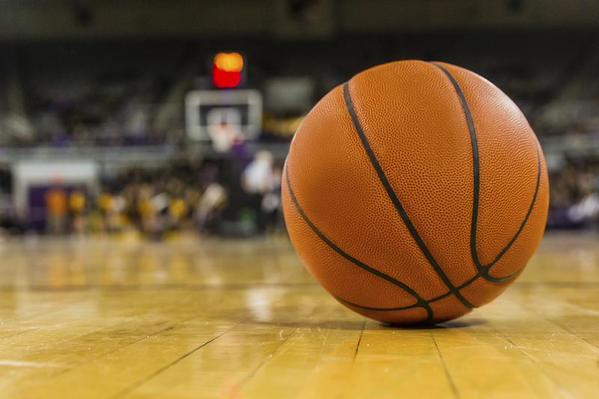 The tournament has come a long way since its origin in an old gym at Northwestern in 1939. And branding the phrase “March Madness” back in the 80’s raised the event’s popularity to new heights, as it became the second most prevalent sports showcase for advertisers, behind only the NFL playoffs.

Take Quicken Loans and Warren Buffett’s infamous offering: One billion dollars to anyone who can perfectly predict the entire bracket. Don’t count on it, though; the odds of winning are worse than hitting the lottery two times in a row, while only purchasing a single ticket each time (1 in 9,223,372,036,854,775,808).

But Just How Popular Is It?

It’s estimated that an unprecedented $2 billion dollars in productivity is lost in the office through the tournament’s duration. And brace yourself for this fervent factoid: In the last several years, urologists across the country have reported increases of as much as 50% in the number of vasectomies scheduled in the days leading to the tournament. What a crazy (yet clever) way to justifiably sit glued to the TV while in “recovery,” enjoying hours of guilt-free games from morning ’til night. In fact, it’s become so popular that urologists have created their own marketing campaigns by offering discounts and free pizzas. Curious on the second most popular time to book the operation? Right before the Masters.

So why can two teams like Wofford or Davidson transform from complete unknowns in February to the talk of the tournament in March? Social media has helped. According to Twitter, there were more than 135,000 tweets using #MarchMadness during the few days between Selection Sunday and the first game last year. But for the most part, social merely elevates popular topics to a higher level. The originality of the trending topic or event needs to start organically – with the product itself (a.k.a. the games) and the way they make you feel.

How Can Retailers Convert Customers into Fans?

“What’s the difference between a customer and a fan?” asked Vivek Ranadivé, majority owner of the NBA’s Sacramento Kings, during the keynote at Stanford GSB’s inaugural Sports Innovation Conference. “Fans will paint their face purple, fans will evangelize. … Every other CEO in every business is dying to be in our position — they’re dying to have fans.”

According to Pat Bakey, general manager of consumer industries at SAP in his recent post for Retail Customer Experience, “Technology truly has taken the fan experience off the court and into fingertips of a global fan base. It enables them to ‘live the brand’ 24/7. Sporting brands have got the always-on fan experience nailed and other industries can learn a lot from them — especially retailers.”

Rooting for your favorite sports team is an emotional roller coaster, and we all love the ride. But March Madness isn’t popular because of one team, or one player, but two main themes that retailers need to embrace.

Each year 60 million Americans (including the president) watch the games with brackets in their hands. Some teams on the bracket might seem like a mystery, but winners and losers are selected nevertheless. The created rooting interest adds meaning to games that might otherwise get turned off. We cheer for our customized bracket and jeer against our competition’s choices. Consumers like personalization, and they expect it. Seventy-eight percent of them are more likely to be a repeat customer if a retailer provides them with targeted, personalized offers; they’ll even pay 25% more for a better customer experience.

2. The Element of Surprise

The “Madness” comes from all of the seemingly impossible surprises each year. Ironically, even though we’re expecting these surprises in advance, we watch unknowingly of when or where to expect them. Yet once the magical buzzer beater swishes the net as it always seems to do … we’re still surprised!

It behooves the innovative retailer to find ways to evoke the customers’ emotions and capture their attention. For example, Disney recently created a fictional storefront inside of a mall without any intent to ever open it to the public. Instead, unsuspecting shoppers were pleasantly surprised as they passed by. They witnessed their morphed shadows that instantly portrayed Disney characters. It put a smile on thousands of faces and ultimately enticed many to start dancing. Without a single item available for purchase, this experiential marketing campaign successfully harnessed over 500,000 Facebook likes, in large, from the element of surprise.

In college, I was employed at Citizens Bank and was chosen to work my shifts at Citizens Bank Park, home of the Philadelphia Phillies. My mission as a “Ballpark Banker” was to serve as a goodwill ambassador to the fans, and the underlying theme blossomed around both personalization and the element of surprise. Whether golf-carting the elderly from the parking lot to the stadium or engaging the fans with random acts of kindness, the ballpark banker combines a fan-friendly, personalized experience with the intrigue of surprise. It’s not what you’d expect from a typical bank, is it? The future of retail is now. How are you revolutionizing the customer experience and converting consumers into fans?

Click here to engage shoppers in the moment with SAP retail solutions.