How to perform exception aggregation on BPC member

Member formula is widely used in BPC environment, but many customers facing the same challenge when running queries with aggregation on member formulas, the calculation result is incorrect. For example in following table, the correct result should be 0.2, but query result usually displayed as 0.5:

This is a BPC production limitation at the moment, which is unable to handle exception aggregation on member formula for transient queries, and this can’t be handled in BW side alone either, as BW BEX query is unable to recognize the difference between member formula rows and normal rows.

The solution below is to combine both BPC member formula and BW exception aggregation methodology to handle this challenge for reporting. 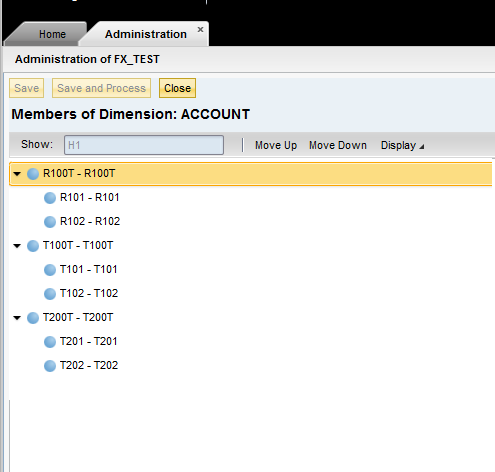 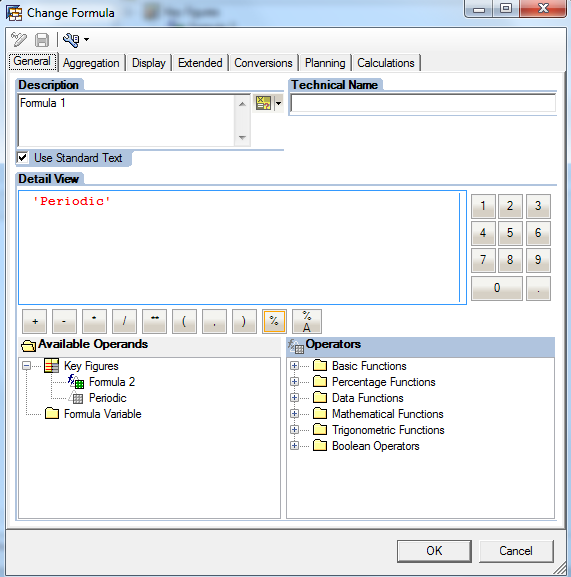 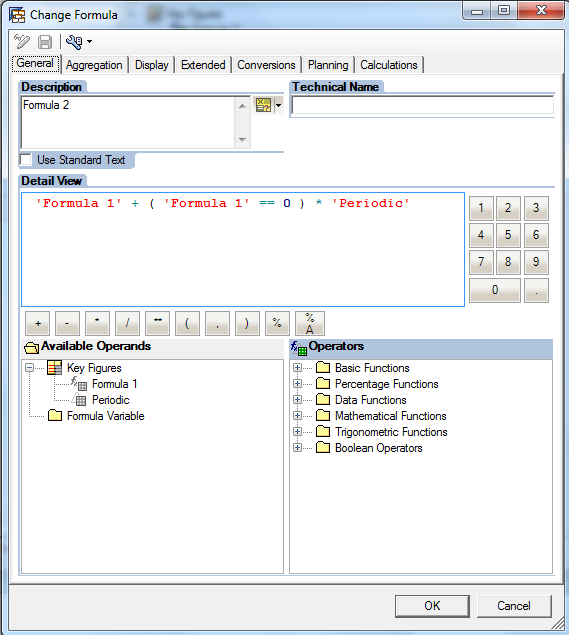 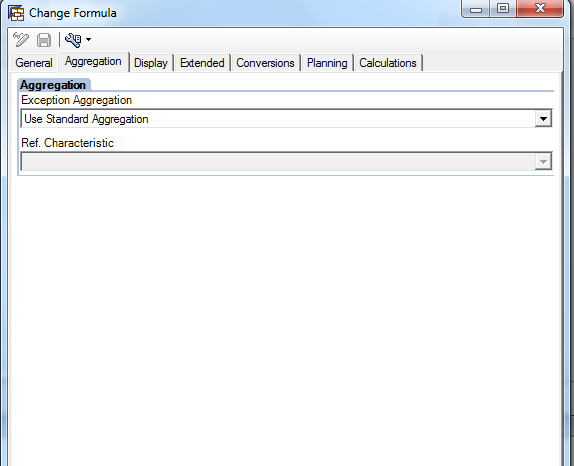 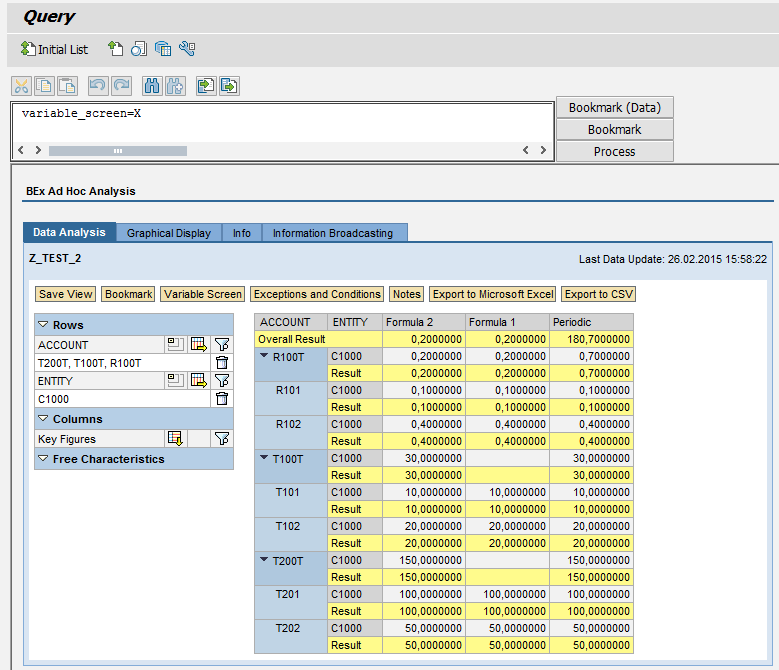 The query result will look like below, correct aggregation numbers will be displayed for all nodes: 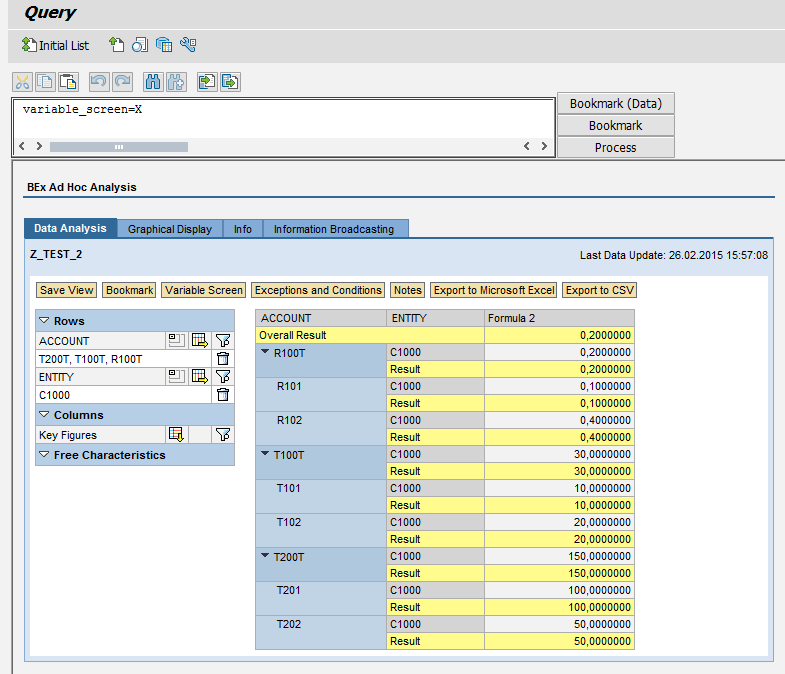 Above is just an example for hierarchy with periodic, similar method could be used for YTD/QTD calculations like:

If you have any comments, questions or feedback, please kindly send an e-mail to: 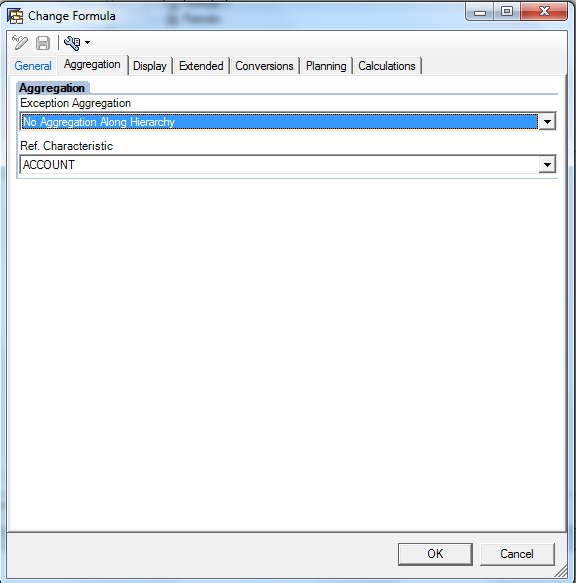