I went to College Basketball Analysis Powered by SAP Lumira & Predictive Analytics and looked to see if I could do any predictions with the data using Lumira.  It turns out because there is no time dimension in the data, I could not.  So I went to the Kaggle website that had the data by year. 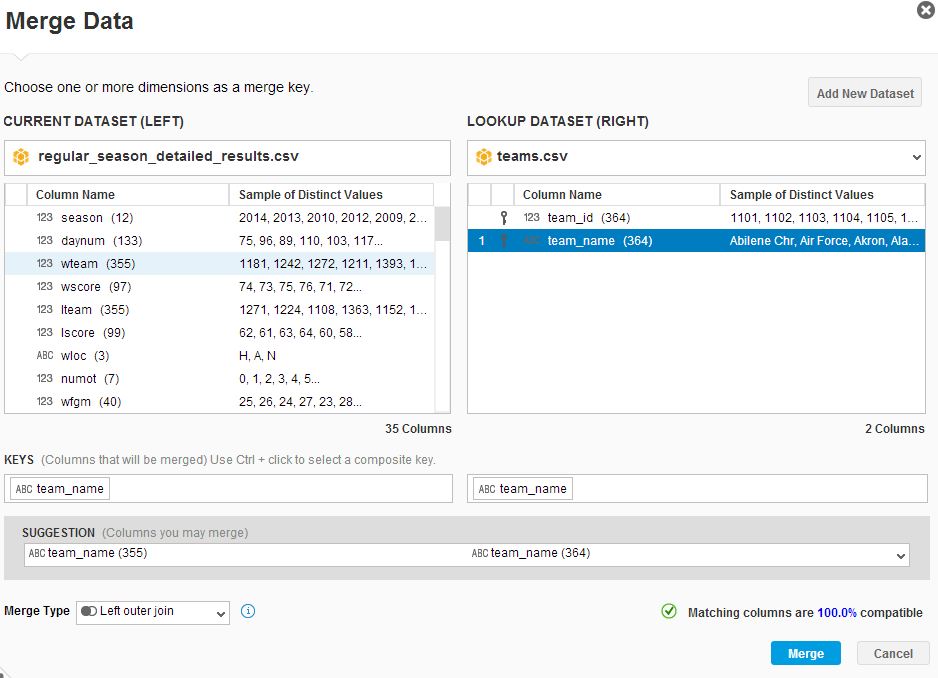 Kaggle stores the details in one table and the team name in another table, resulting in the merge shown above.

I can then filter and look to see how my team, the University of Kansas, will do. 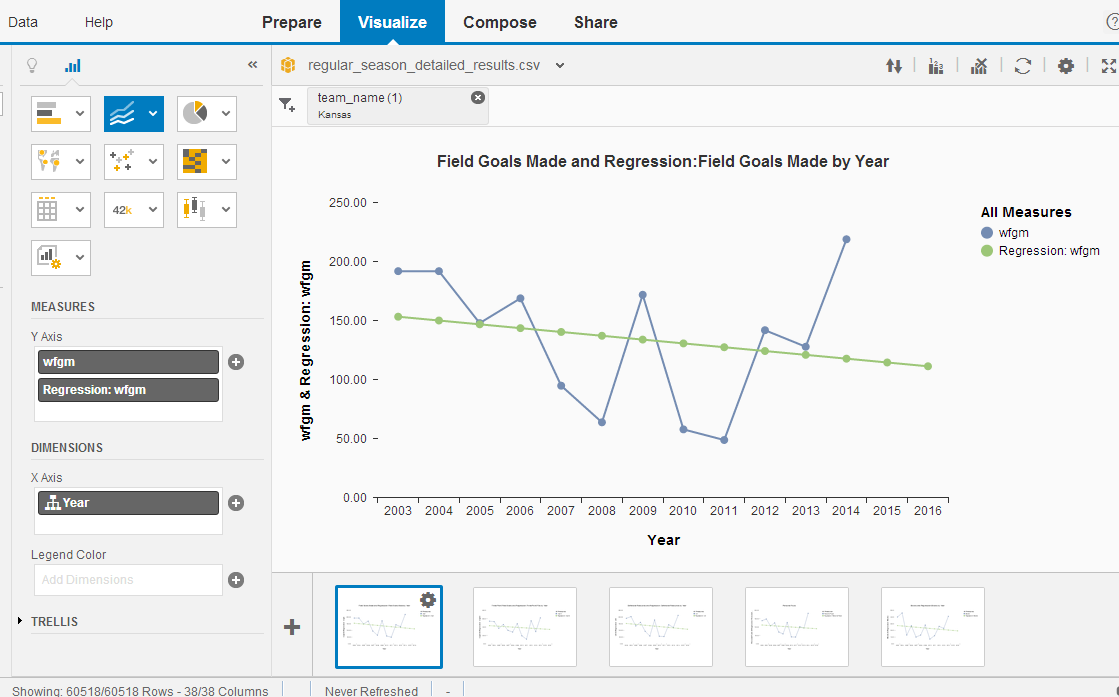 The regression projects a downward spiral. 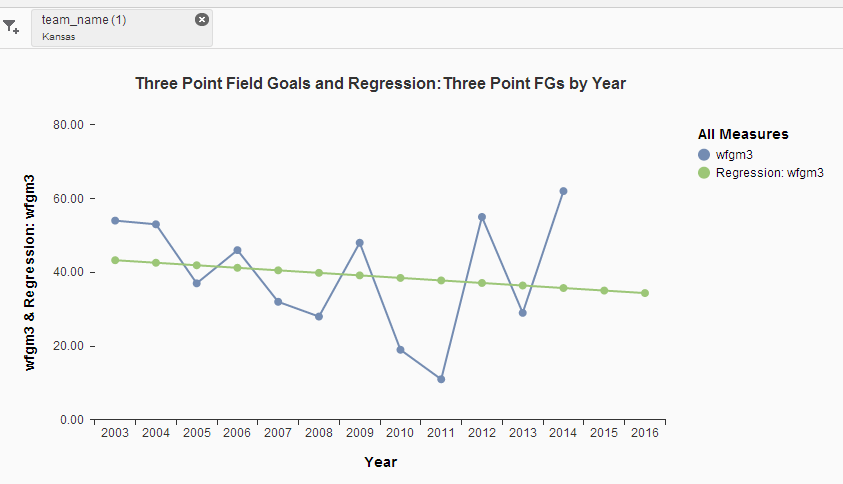 Then looking at three point field goals made, 2014 was high, 2008 was so-so and the linear regression shows in 2015 a projection of 35 3 point field goals, higher than 28 when Kansas won the championship. 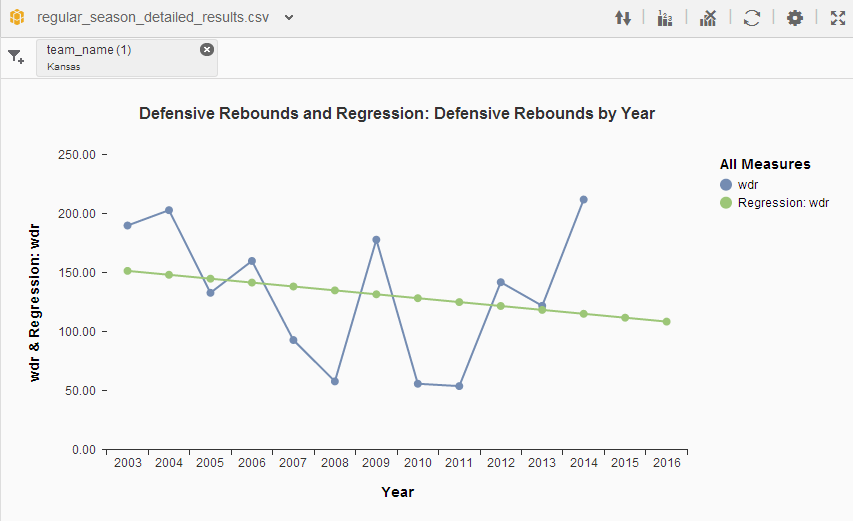 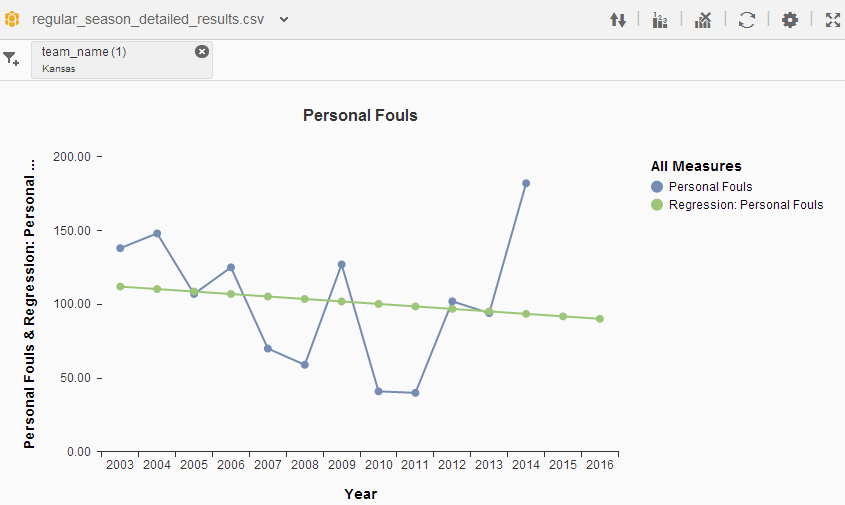 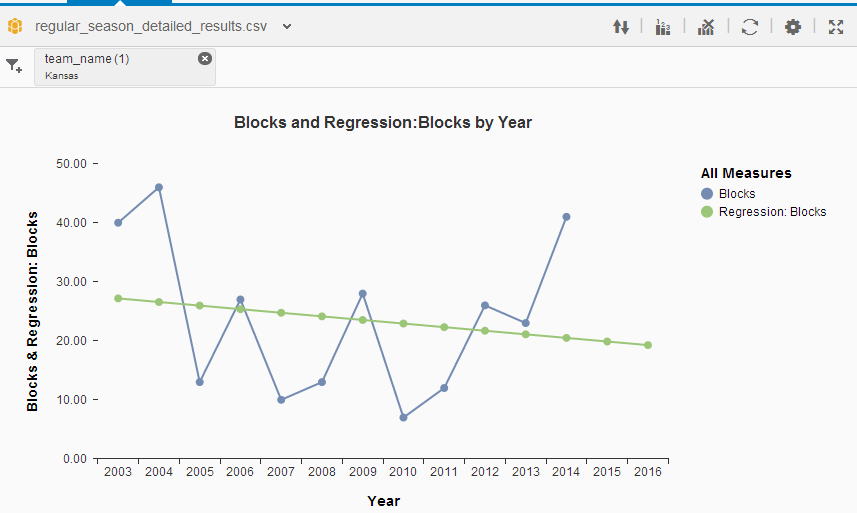 I published to Lumira Cloud, but unfortunately the message above is shown. I’ll have to see if there is an idea for this on Idea Place.