Are You a Hidden Player in the Bitcoin Revolution?

The bitcoin payment network may not be quite ready for prime time, but thanks to its underlying technology, digital currency is here to stay. Like any revolution it’s decentralizing and will forever change the way people around the world exchange currency. 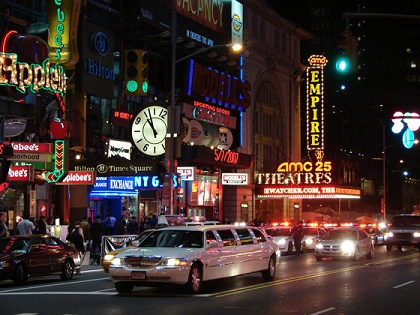 At this very moment, thousands of developers are hard at work on improvements that could save consumers trillions in fees, eliminate layers of governmental bureaucracy, and allow millions of the unbanked to finally be able to make financial transactions.

Bitcoin Has a Bad Rep

Negative stereotypes are already enshrined in the consciousness of those who are familiar with bitcoin. Warren Buffet warned investors to stay away from it, the vice-chairman of its most well-known trading body was jailed on narcotics charges, its original inventor still hasn’t emerged from anonymity and cyber-attacks on associated exchanges have been commonplace. Bitcoin is still considered a risky way to store money, and the public remains skeptical about having a digital wallet. Sounds pretty bleak right? Not exactly since the inevitable digital currency of the future will not exactly be your grandfather’s bitcoin.

Bitcoin is open-source and not subject to copyright, so that helps to explain the thousands of developers around the world that are currently checking under the bitcoin hood. They are redesigning the digital currency engine into one that would make bitcoin far more secure and insurable or potentially even replace it. These upgrades are also aiming to stabilize bitcoin’s wildly fluctuating price.

How digital currency works may be a bit opaque but in many ways it’s simpler than how payment goes down now with plastic – and less expensive because there are little to no fees involved. Today when a credit card is used while dining at a local restaurant there’s at least a half a dozen players getting their hands (and fees) on the post-transaction action. That list of those viewing credit card account information includes everyone from your favorite restaurateur to the Fed. (The Feds enter into credit card transactions via a clearinghouse run by one of the regional Federal Reserve Banks).

Let’s take a look at how things would work a little differently when a bill is paid tonight at a restaurant with bitcoin. The first difference is that in order to do this, one would already have purchased some bitcoins at an exchange on the Internet by way of a transfer from their bank account into a bitcoin wallet. Instead of handing over a Visa/MC/Amex, they’d hold up their phone to a special electronic reader at the restaurant. (If your local eatery doesn’t yet accept bitcoins not to worry- close to 100,000 businesses already do with more surely to soon follow.) An embedded password would inform the bitcoin network that there is a transfer of the agreed upon amount to the digital address of the restaurant. It all happens quicker than someone can say, “Can you swipe your card for me please?”

Just as with the credit card payment example, the bill is now paid in full. However, as opposed to 6 different organizations being intimately involved with the flow of a person’s money, a bitcoin transaction can’t be traced back to anyone. Bitcoins exist only as accounting entries in what’s called the “blockchain”, which allows users to make payments instantly and anonymously.

There are other hidden players known as “miners” that get involved next. They work independently and prospect the transactions that occur.  They are much like Uber drivers hoping to be in the right place at the right time, except miners await their next opportunity to confirm alphanumeric bitcoin transactions. Uber drivers hope to be in the right place too and in fact, they recently partnered with Concur on another connected, networked economy experience. Together they created a solution where travelers will be able to request, ride, pay and instantly log an expense – again all right from a mobile device.

Even if consumers have no desire to ever use bitcoin, they may end up effectively doing it anyway. With improvements to digital currency applications currently being worked on by some of the world’s best developers, big banks could soon be making use of the underlying technology in their payment systems – and do so unbeknownst to anyone. Other signs of a coming currency disruption include a recent multi-million dollar investment in bitcoin start-up and digital wallet provider Coinbase by an investment group that includes the New York Stock Exchange. IBM is also now considering adopting bitcoin technology to create a digital system for major currencies.

The decentralized nature of digital currency already has the potential to help millions of the unbanked participate in the global financial system. Given the market potential, the field of players will inevitably get a good deal more crowded and likely soon will its price.

Despite allowing transactions to be made anonymously, digital currency appears ready to step out of shadows, thus rapidly allowing a person of mystery (maybe you?), to head back out into the night in search of the next adventure.

Are you ready tobe a part of the digital currency revolution?