Here are a few highlights from a few SAP Gateway Hands-On session conducted in the ongoing TechEd 2015 in Bangalore.

With the Buzz around S4/HANA, it was clear that there will be a renewed need to supplant Business Suite capabilities either as HCP extensions or ABAP extensions for Public cloud and Managed Cloud / On-premise installations respectively.

The Advanced OData Service Development with SAP Gateway Hands-on Session on the day of the keynote couldn’t have been scheduled on a better slot.

The session saw a packed house and we were concerned that more than a handful of participants might not find a vacant desktop to occupy! 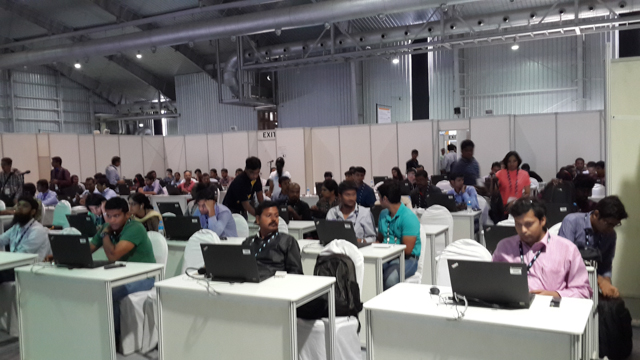 Arun started with a quick recap of Gateway concepts and explaining the salient features of our Design Time tools via segw.

After getting developers on boarded onto their systems and sampling out the exercise files, Kranti took over and explained framework features of $expand and how self-expand could be utilized and backed up with some perceivable improvements in response time.

Arun then went to speak about Server Side caching capabilities via Soft State, its relevance and guided the audience with the exercise files.

It was my turn to put Client Side caching into perspective via ETag support for Conditional Read and Update requests.

In a nutshell it was a well-balanced distribution between ‘slide talk’ and actual hands-on . At the end of two hours as we were winding up, we were glad to see happy faces leave the hall having completed the exercises and hopefully after having added a trick or two to their knowhow of OData Service Development

As an exciting day 1 was drawing to a close and we were skeptical of how many people would show up for the hands-on session for Consuming SAP data in Google Apps leveraging SAP Gateway which was coincidentally timed exactly around the afternoon snacks interval.

But our fears were put to rest as participants started pouring in and it was just a matter of time before all seats were taken, so much so that we had to create additional backend users to account for the deluge of participants. 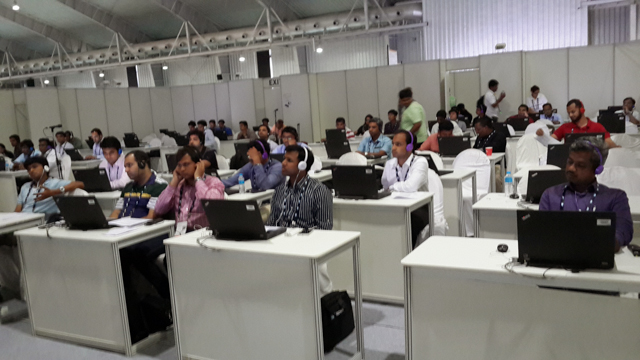 Balu began with an overview of SAP Gateway, brief architecture and its relevance for user centric applications.

Soon Chandan got onto the fore and started off the exercises to create a backend entity via Gateway tools and after having dealt with that portion satisfactorily, we started the much awaited segment of weaving a consumption story around Google APIs.

I started off with a context around Google Apps Script and showed a few example with Gmail and Forms integration and we then lead the participants round it up with a SpreadSheet App that fetched Business Partner and Sales Order data from the Gateway service.

Understandably, with questions and queries pouring in, we soon ran out of time and thankfully were able to extend the session by a good 15 minutes before we wound up an interesting day at TechEd2015.