This is an old discussion. But I insist because even if PB 12.6 was finally released September 2014, it was a different product from what I expected and surely missed lot of features that some of us expected for PB 15. I will explain my point.

During the past years we saw some presentations for PB 15 (most of them right after PB 12.5 was launched). It was a good thing, back in 2011, to have some feedback about our preferred IDE’s future. Something we are still missing today… It was one thing Sybase did well at the time, but unfortunately had not enough time to complete, as the migration to SAP was in progress.

With PB 12.6 we did get following features:

From those features the one that we first heard in a later time was OData Support (which was mentioned and demonstrated dusting 2013). About the Updated support for the .NET Framework v4.5, for me it’s still not clear what does this means, as all test I made to PB.NET 12.6 did worked using .NET Framework v4.

For PB 15, we were expecting a lot of improvements for PB Classic. One of them which was promoted a lot was Dockable Windows Support. This has been implemented to PB 12.6, and seems to be working fine… A new tab in window’s properties (which in some old presentations did not exist) helps a lot. 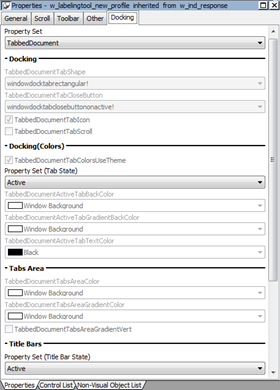 There is also a sample application that imitates PB.NET IDE which shows what can be done using docking windows.

Features that did not came with PB 12.6, but for some we saw some screenshots or there were rumors, was Grid Layout, Native PDF Support and PB Controls in toolbars (for this one will post a separate blog post).

Grid Layout was a very interesting feature. This feature should work in windows and userobjects. The most interesting is that it should be supported in design! Like work grids in PB Classic IDE. 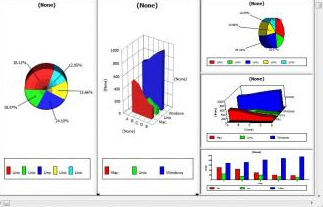 Those properties purpose was to divide the screen as shown in the previous screenshots. In powerscript we should have an overloaded openuserobject function allowing us to choose in which grid cell the userobject should be created. Number of rows & columns could be modified at runtime!…

All those grid functionalities in the IDE are missing. But for me it’s obvious that a lot of work was initially made. I really wonder if we could expect some of those in a near future release (why not in a minor release?).

Of course our major expectation is to finally get a roadmap, and finally see some development been done to PB.

PS: Most information in this article comes from an old presentation that Dave Fish made, and from an old article in PowerBuilder Developer’s Journal (http://pbdj.sys-con.com/node/2075216).