In the next tutorial video in the SAP HANA Academy’s Live3 series Philip Mugglestone showcases how to perform text analysis using SAP HANA’s native capabilities. Text analysis allows us to identify the sentiment of a tweet. Watch Philip’s tutorial video below. 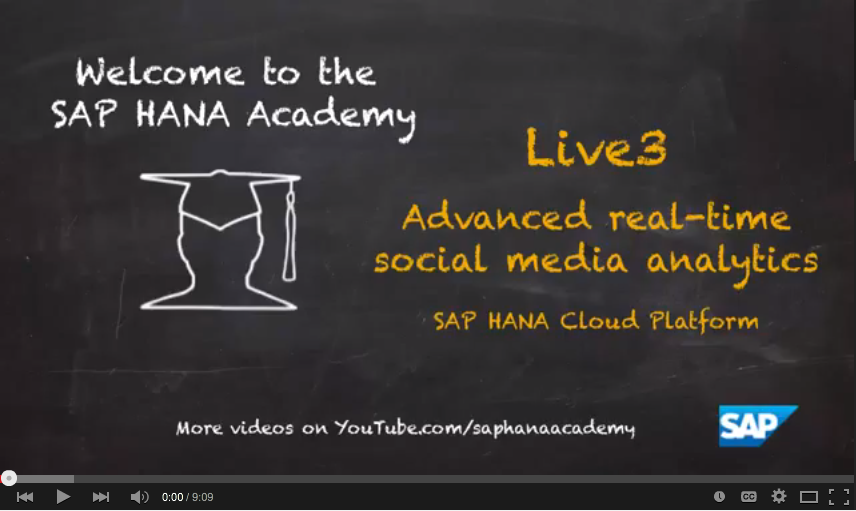 Now that we have loaded real-time Twitter data into our SAP HANA table we can view the actual text of each individual tweet.

To create a Text Index open a new SQL console in Eclipse and make sure you’re set to the proper schema in your current session. Next with Notepad++ open the 03 setupTextAnalysis.sql in the scripts folder of the Live3 course GitHub code repository. Copy and paste the code into the SQL console.

Highlight the code and click the run button to execute it. Now for all of the data currently in the Tweets table as well as for any new rows that are added, a new table will be created automatically that will be logically seen as an index.

After refreshing the list of tables our newly created text index called $TA_Tweets will appear. By doing a data preview on $TA_Tweets we will see some important columns. These include TA_RULE, a column that confirms that entity extraction is occurring. The TA_TOKEN lists the piece of information that the text analysis is preformed on. TA_TYPE shows what type of text analysis is it and what has been extracted. Examples include location, social media and sentiment.